IDTechEx Research has just published a new report Fuel Cell Vehicles 2019-2029. Fuel cells are commercially successful in stationary applications but commercially unsuccessful in vehicles, beyond a few thousand purchased for material handling vehicles, notably forklifts. A few thousand had been sold as cars by the end of 2017, mostly to institutions on a non-commercial basis. Fuel cell buses and cars are still outsold by a factor of about one hundred by pure electric buses and cars. Fuel cells in off road vehicles, marine and aircraft applications have performed quite well but are not yet adopted in volume.
Nevertheless, in recent years a renewed interest in this technology has prompted many companies to develop and market new fuel cell electric vehicles (FCEV), in the hope that this time hydrogen fuel can really ignite a spark in the industry. Toyota and Hyundai, for instance, are now selling their H2-powered passenger cars, and Japan plans to use the 2020 Tokyo Olympics as a huge showroom for the country's know-how in the hydrogen economy, with 35 hydrogen refuelling stations scheduled to open before the start of the games.
At the same time, European firms like Alstom believe that dirty diesel trains can be replaced by cleaner H2-powered ones, as hydrogen is a more cost-effective solution to the expensive conventional rail infrastructure. A few trains are already in operation in the rural part of northern Germany, and if proven successful, fuel cell trains will soon capture more market share at the expense of diesel ones.
The trucking industry is also longing for CO2-free alternatives to diesel engines, which are prone to failure and cost their drivers thousands of dollars each year in fuel. However, Li-ion batteries are not always the best solution for that, as charging a 1 MWh battery pack can take several hours and charging infrastructure may not be equipped to provide hundreds of kW at the same time to a convoy of electric lorries. For this reason, companies like Nikola have already collected over 7000 pre-orders for their fuel cell-powered trucks, which are leased (and not sold), while the company prepares for covering the entire US soil with proprietary hydrogen-refuelling stations. As Tesla abandons its initially ambitious plans on selling thousands of battery-powered semis, this can be a golden opportunity for all those companies willing to embrace hydrogen solutions outside of the passenger car market.
Finally, hydrogen might take it to the skies too, thanks to joint efforts in the drone industry in switching away from bulky and slow-to-charge batteries, in favour of small hydrogen tanks that can be refilled in seconds and enable longer range for commercial and military drones. Similar efforts are also underway in the marine vehicle sector, where H2 can meet shortcomings that batteries have failed to address. 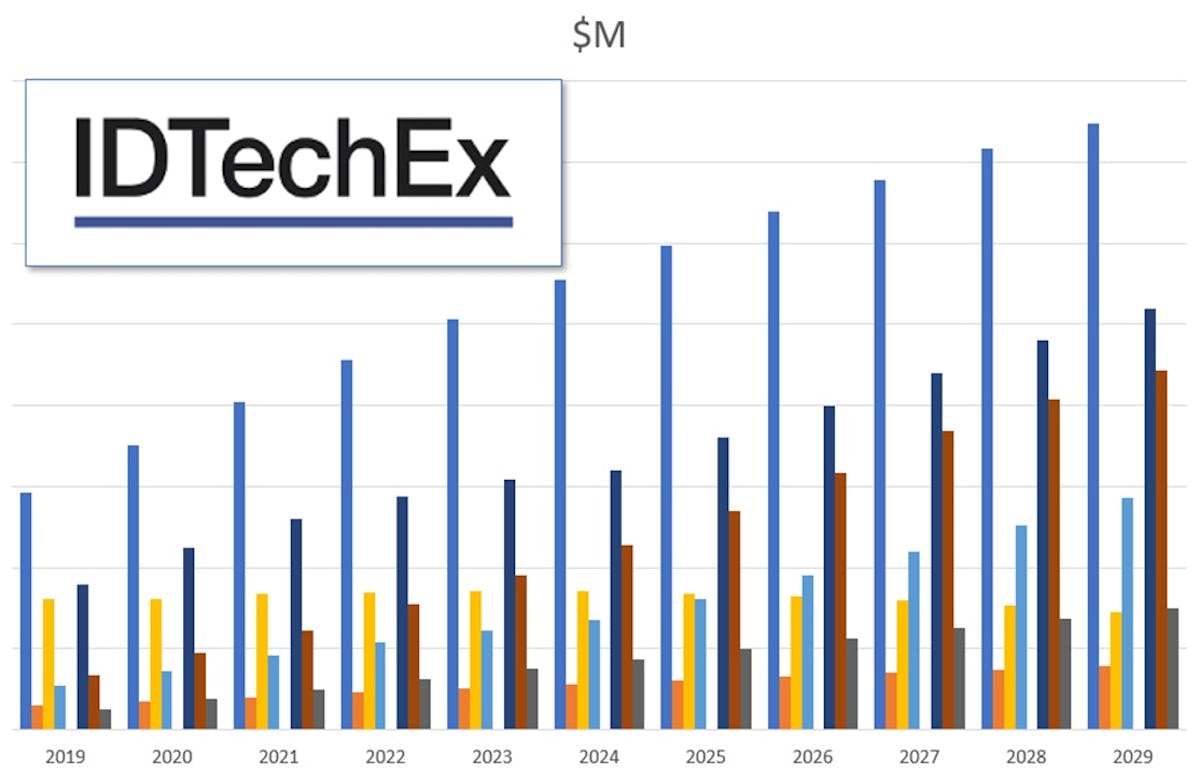 For this reason, IDTechEx has analysed nine different EV categories on land, sea, and air, and assessed their market potential in the 2019-2029 timeframe in the report Fuel Cell Vehicles 2019-2029. This 530-page technical report contains information on the main R&D efforts being carried out worldwide, existing challenges, and unexplored market opportunities. A multibillion dollar market by 2029, fuel cells can be a complementary technology in all those EV applications where batteries are too costly, too slow, or just not the right fit.
IDTechEx guides your strategic business decisions through its Research and Events services, helping you profit from emerging technologies. To find out more visit www.IDTechEx.com