How does the Vespa Elettrica stack up?

After surfacing its Vespa Elettrica concept at EICMA last year, a large motorcycle trade show known for these sort of announcements from manufacturers, Piaggio finally announced that it will go to production this September, and that it will take preorders in October with the first deliveries later that month. While not all details are certain (the price, for example), they are starting to look a little clearer around the edges.
A pure electric and a hybrid. There will be two versions: the Vespa Elettrica, a pure electric scooter with a 4kWh battery for 100km range, and the Vespa Elettrica X, which has a 2kWh battery fully integrated into the scooter (non-removable) and a 100cc combustion engine as a range extender to 200km. Both will have the same 4kW (peak) electric motor.
Releasing a hybrid scooter is not an unprecedented move, but in the past it has led to a prohibitive price while making only incremental improvements to the performance and emissions (which has not appealed to either environmental enthusiasts or traditionalists). In fact, Piaggio tested these waters before when it released the 125cc MP3 hybrid back in 2010, a three-wheeled scooter, which eventually flopped due to the price hike of nearly 50 percent over more powerful petrol versions (it retailed for 9000 euros, nearly 50 percent higher than the 400cc MP3).
Times have now changed as technologies have advanced, battery costs have fallen, and electrification targets from governments have sent signals for OEMs to bring electric models to their line-ups in the past eight years. But is it enough to get the price down to an attractive level? Honda thinks so, and is another example of an OEM having a go at a hybrid scooter: the company is tentatively releasing a hybrid version of the PCX, based on a petrol version it released earlier this year, but only as a trial for 2000 units in Japan. However, in the new IDTechEx report on Electric Two-wheelers 2019 - 2029 we argue that for scooters, which are mainly driven within cities and for short distances, range (and range anxiety) should not be such a big deal. Hybrids may be a stepping stone for the auto industry, but for two wheelers they are not so important.
How does the pure electric Vespa Elettrica compare to the competition? Aesthetically, this is one of the best-looking electric scooters going to production (as expected from a Vespa). Aesthetics aside, the Elettrica's performance is similar to models from German-based Govecs, and Taiwan-based Gogoro (both competing in the European market), as shown below. According to Piaggio 'the price will be in line with the high-end bracket of the Vespa range presently being marketed', which we estimate will put it at roughly 6000 euros ($6995), give or take. 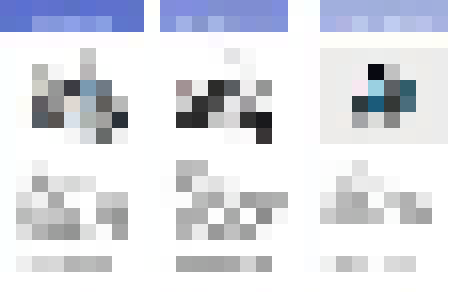 Note: diagram taken from www.idtechex.com/EVtwowheel. Source: Piaggio, Govecs, Gogoro, IDTechEx
To learn more, details on the global electric scooter market can be found in the new IDTechEx report 'Electric Two-wheelers 2019-2029'. Based on a global assessment, IDTechEx Research has developed forecasts by category and region for 2018 - 2029. The key takeaways / benefits of the research in this report are:
For full details see www.idtechex.com/EVtwowheel
Top image: Piaggio Group