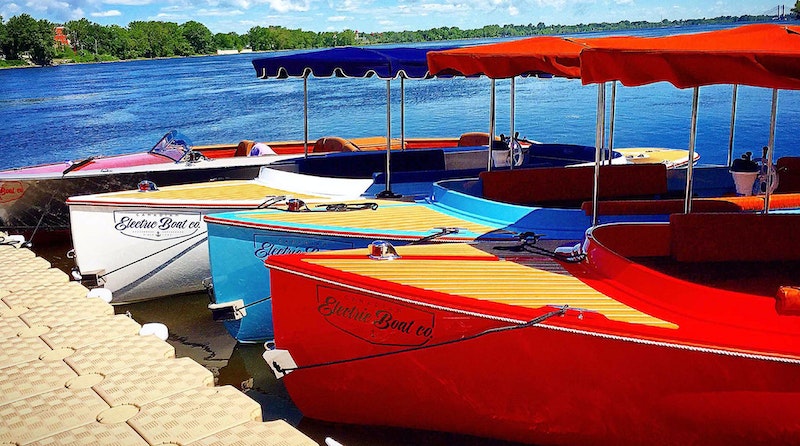 EV motors have lasted for over 100 years on boats and their design changed slowly. Now some last only a few years and they are subject to rapid technology change and an acquisition frenzy. What is going on? The new IDTechEx report, Electric Motors for Electric Vehicles: Land, Water, Air 2019-2029 explains and - in over 30 ten-year forecasts and roadmaps - predicts.
Firstly, the numbers are awesome. The electric vehicle business is entering the rapid growth part of the sigmoid growth curve of most major new technologies. It is headed to create a $100+ billion traction motor business in 2029. Make it double that if you include the units in which the motors are increasingly integrated, such as wheels, axles or transmission.
Premium pricing is increasingly possible because the motors not only become motor generators much of the time - they make new things possible. For example, going beyond four-wheel drive to vectored steering stops construction and agricultural vehicles ripping up roads and makes them smaller, lower cost and more capable, increasing sales.
Up to 20 motor-propellers on aircraft wings exploits the new principle of "distributed thrust" so the wing can be half the size or take off using half the distance. Multicopters planned for air taxis are notoriously inefficient and flying ones with only 30 minutes' endurance over a city is just plain irresponsible, but large numbers of thrusters close together reduces the deficit against a helicopter. The Nikola fuel cell truck has six in-wheel motors, so it has superb traction and does not rip the tires off when accelerating - similar logic to the Tesla S adding a second motor.
Yes, the proliferation of motors, including in military boats and off-road transport for attack survival, means the motor market is growing even faster than the EV market.
Secondly, prices are often rising. You cannot buy a starter-motor-generator for the 17 million unit market for 48V mild hybrid trucks and cars in 2029 for the same price as a simple single motor. Indeed, some of these vehicles will have two! You cannot buy four in-wheel motors for the cars recently announced if you want to pay the price of one inboard motor.
Thirdly, there is an acquisition frenzy and it has a pattern. With many vehicle makers, from Toyota to the small Zero Motorcycles, making their own motor-generators as key enabling technology, the Tier One component suppliers are often faced with stark consequences from their inadequate R&D. From buying broad range motor makers such as Remy, they are now targeting specific up and coming technologies. What do acquisitions SR Drives, CPT and Visedo have in common with Tesla making its own motor for the Tesla 3? They all involve switched reluctance, potentially the lowest cost, most rugged motor-with-control. It has size and performance advantages over other ways of avoiding permanent magnet price hikes and temperature limitations. Yes, some have some small magnets for now, but the point is made.
So why do motors die so soon in many applications compared to those 100 year old electric boats? Tough duty cycles and they are getting tougher. For example, huge drones up for ten years beaming the internet will not only need 20kW/kg motors as the report details, they will need incredibly reliable motors as will tethered drones generating megawatts from high level winds. Billions of dollars of investment is going in: premium pricing awaits. Just the same as the monster unmanned trucks in totally automated deep mines this year. The new IDTechEx report, Electric Motors for Electric Vehicles: Land, Water, Air 2019-2029 reveals which motor technology innovators will be the next targets of those urgently seeking to catch up and why.
For more information please contact research@IDTechEx.com or visit www.IDTechEx.com/motors
Top image: Nautical Ventures