Keeping Cool as the Electric Vehicle Market Heats Up 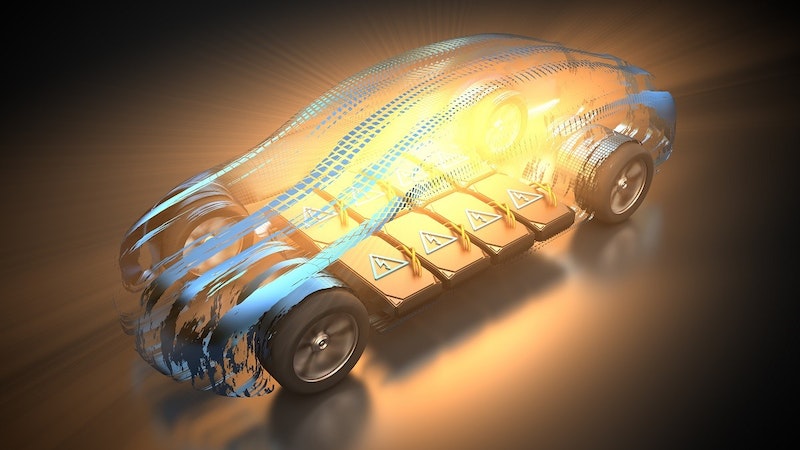 Some of the biggest hurdles to widespread adoption of electric vehicles are range anxiety, battery longevity and safety. As the electric vehicle market grows and for it to reach its full potential, there is an increased need for effective thermal management of the vehicles. Keeping heat under control leads to improved charging, performance, range, longevity and safety. The new report from IDTechEx covers several aspects of thermal management for electric vehicles including the batteries, motors and power electronics.
There have been several high-profile battery related fires from well-known automotive manufacturers and in stationary energy storage from South Korea, this does little to instil confidence in potential consumers. With this in mind several new regulations have been proposed relating to safety aspects unique to electric vehicles, the likely outcome of this being that manufacturers will be required to halt thermal runaway at the individual cell level and warn the vehicles occupants, giving them at least 5 minutes to exit the vehicle once a thermal event occurs. Several factors must be considered when designing an electric vehicle for safety, from the materials used in the battery pack construction to thermal runaway prevention and early detection. Several companies are designing methods of stopping thermal runaway between cells including flame retardant encapsulants, interweaved products and phase change materials. Effectively dissipating heat from the battery module or pack to a heat sink is also important and usually carried out using a thermal interface material, this is another area where manufacturers have adopted several strategies including gap pads, fillers and conductive adhesives.

Every manufacturer has their own methodology to thermally manage their batteries with no clear consensus on the most effective design. Companies like Tesla are set on their patented water-glycol coolant lines which "snake" their way between the cylindrical cells in the pack, whereas OEMs like Nissan and Toyota are committed to air cooling. Active cooling of batteries with fluids allows the vehicle to be kept cool in conditions where the vehicle is stationary but the batteries are in high demand (e.g. during fast charging), but also allows the batteries to be raised to optimal temperature in cold ambient conditions, these are significant advantages but come at the expense of weight, complexity and cost. Despite these caveats, IDTechEx has observed a market shift towards liquid or refrigerant cooling and foresee this trend continuing into the future, especially following the rise of charging with 350 kW sources, with the amount of liquid or refrigerant cooled batteries exceeding 500 GWh by 2030.

Cooling strategies for plug-in electric vehicles over the next 10 years, with a shift towards liquid and refrigerant cooling. Source: "Thermal Management for Electric Vehicles 2020-2030"
In addition to the more widely adopted technologies, there are other emerging alternatives such as immersion cooling and phase change materials, these technologies are gaining modest traction, especially for more specialised markets like construction. This report appraises all these methods of cooling in addition to the players utilising them.

An electric motor is the unifying component of an electric vehicle and more demand is being put on them for high performance during extended use. Whilst the motor may not pose such a safety risk as the batteries, the majority of manufacturers use motors containing permanent magnets; these magnets can be denatured and rendered useless above a critical temperature and therefore also need effective thermal management. Even motors without these permanent magnets are still required to be kept cool to improve performance and reduce the risk of overheating neighbouring components. The methodologies adopted typically consist of air, oil or water-glycol cooling, several manufacturers utilise the same coolant circuit for their batteries and motors, in doing the number of components and fluids are reduced whilst simultaneously allowing for the utilisation of excess motor heat to warm the batteries or passenger cabin in cold ambient conditions.
In addition to the batteries and motors the power electronics also have to deal with significant heat, especially with the trend towards operating at higher power densities and temperatures. The way in which wire bonds and soldering is carried out as well as the material used makes a big impact on the performance and longevity of the power electronics. Several OEMs are also shifting towards using advanced substrates and even eliminating the thermal interface material altogether.
The new report from IDTechEx on "Thermal Management for Electric Vehicles 2020-2030" covers all the above topics through extensive research including primary interviews from companies in the field. The report covers the strategies used by major OEMs, emerging technologies and market forecasts for electric vehicles and their thermal management technologies.