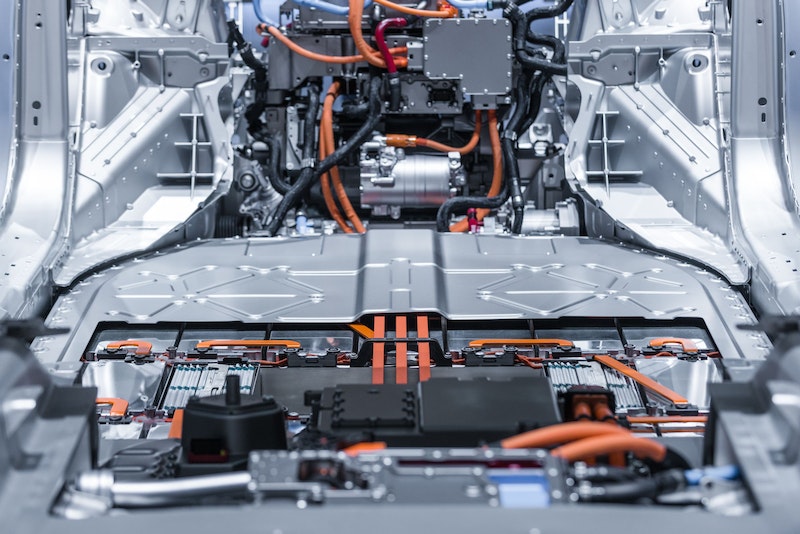 An electric vehicle, in theory, is much less complex than an ICE vehicle. The main drive components can be summarised into the battery, the motor and the electronics needed to control it. In an ICE vehicle oil is used as a lubricant in the engine and transmission, water-glycol coolant is used with a radiator to keep engine temperatures down and a refrigerant is used for the air conditioning system. Most electric vehicles do not require a gearbox and have simplified transmissions. But fully electric vehicles that are utilising liquid cooling are still typically using water-glycol lines for the battery, refrigerant lines for the air conditioning and in some cases oil loops for the motor and transmission. Given the decreased overall complexity of the drivetrain in an EV, why are there still so many different fluids?
The answer may lie in legacy systems. Many automotive manufacturers used hybrid vehicles as a stepping stone to fully electrified models. In a hybrid vehicle, it makes sense to utilise the same cooling systems for the battery and motors as are used in a traditional ICE vehicle as they will still be required for the combustion engine. This may well be the reason that manufacturers are still using these fluids, the expertise and suppliers are already in place and utilising existing technology saves on new development, keeping costs down. A key factor going forwards for electric vehicles may be the combination of cooling systems and fluids to reduce the number of fluids and associated loops within the vehicle.
There are several types of cooling used in electric vehicle batteries, including air, water-glycol, refrigerant or even immersion. The story is further complicated by the cooling choices for motors and power electronics. As it stands, there is no consensus on how to thermally manage an electric vehicle, different manufacturers have varied approaches and even make changes across their product lines and the regions they are deployed in. The strategies adopted by OEMs are covered in detail in the IDTechEx report on "Thermal Management for Electric Vehicles". Many have opted for air cooling in their batteries, this eliminates the need for a battery cooling loop and avoids safety concerns with regards to coolant leakage. However, air-cooled systems tend to struggle more in hotter climates or when the vehicle is fast charging (and is stationary). Additionally, fluid-based systems can be used to warm up the batteries in cold climates. The BMW i3 utilises a refrigerant cooled battery and Hyundai MOBIS have also suggested that refrigerant cooled batteries are on their roadmap in the future. This method means that the water-glycol coolant can be eliminated, and the same coolant can be used for the cabins air conditioning.

Cooling strategies for plug-in electric vehicle batteries over the next 10 years, with a shift towards liquid and refrigerant cooling. Source: Thermal Management for Electric Vehicles.
As regulations are announced for prevention and handling of thermal runaway, such as those recently announced for China, it may drive the market towards a more unified solution. If cell-to-cell thermal runaway prevention becomes enforced this may drive manufacturers away from some previous pack designs. But right now, there are many opportunities across the different components and strategies adopted by the automotive market, and it is very unlikely that any specific method will be eliminated.
The IDTechEx report "Thermal Management for Electric Vehicles" describes the methods of thermal management used by manufacturers across the batteries, motors, and power electronics along with potential emerging technologies in this field. Market forecasts for these approaches are also included through to 2030. IDTechEx also has reports on the total electric vehicle market and their batteries, electric motors and power electronics.