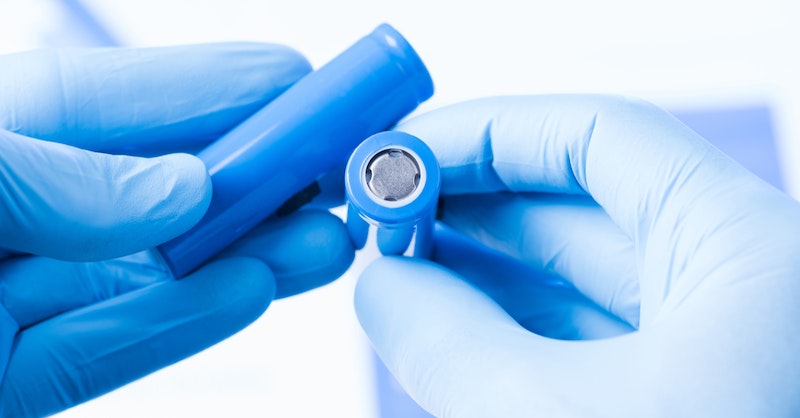 Growth in the Li-ion market means significant investments are now being made into building out capacity for manufacturing Li-ion batteries and their components and as the demand for Li-ion batteries grow, so too does the importance of performance and cost improvements. Alongside this growth is the fact that current Li-ion batteries are beginning to reach their performance limits, so that improvements to battery technology could prove lucrative. Certainly, competition between battery manufacturers is intensifying, emphasizing the importance of battery R&D and protecting innovation. Delving into the trends being seen in patent applications and filings can be used as a tool to provide insights into the key areas of innovation in Li-ion batteries, areas of development favored by key players, and where R&D innovation is taking place. The recent report from IDTechEx, "Li-ion Battery Patent Landscape 2020", reviews key Li-ion patent topics and trends.
IDTechEx's search finds that since 2010, the total number of Li-ion patent applications that have been filed has grown by approximately 300%, mirroring the growth in the Li-ion market. This growth in patent applications has occurred across various technology groups, including NMC/NCA and Li-Mn-rich cathodes, silicon anodes, electrolytes and electrolyte additives, separators and nanocarbon use. Significant growth in the number of applications per year was seen particularly between 2010-2015 and while all areas covered have seen growth since 2010, the number of patents regarding the use of nanocarbons in Li-ion have seen the most substantial growth over the past 10 years, in line with the growing hype, and recent utilization, of graphene and carbon nanotubes in Li-ion batteries.
Geographically, Chinese assignees have been particularly active and have been responsible for much of the growth in total Li-ion patent applications over the past 5-10 years. Since 2011, Chinese assignees have responsible for approximately 47% of all patent applications, compared to just 17% during the period 2001-2010. This mirrors the growing importance of Chinese players in Li-ion development and suggests that beyond their dominance in processing and manufacturing, China may move into a dominant IP position too, especially if assignees start to file outside of China, which tends not to be the case currently. 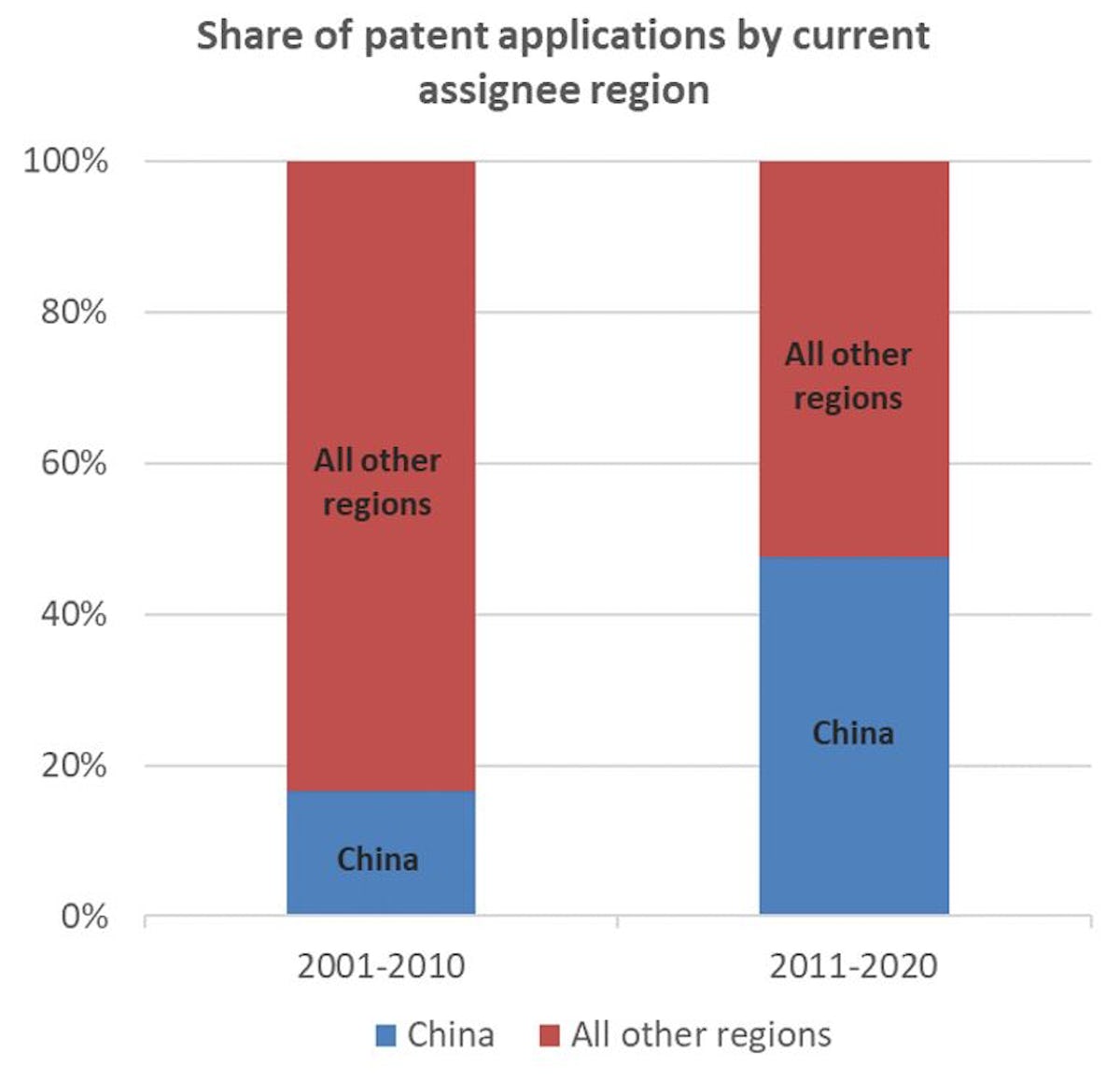