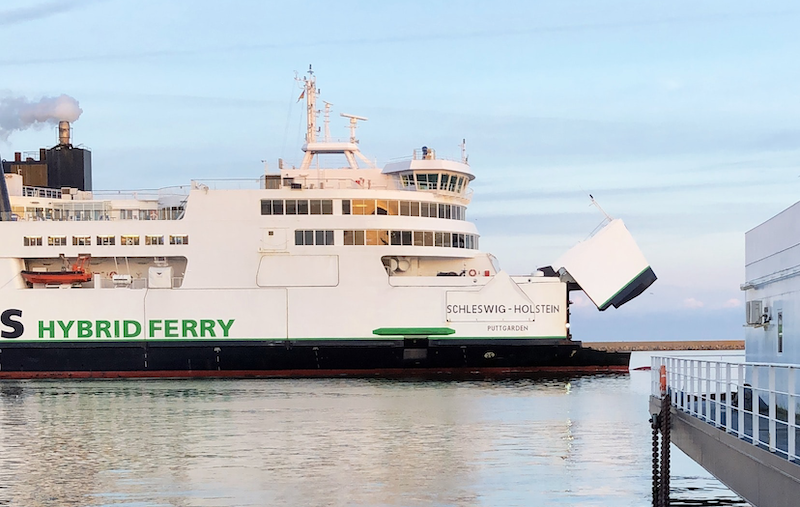 Electric ships have some of the largest individual batteries of any electric vehicle sector; below is a list of the largest projects IDTechEx have been tracking.
Before reading the list, below are typical battery capacities from on-road electric vehicles (in 2019) to provide perspective:
Ellen - 4300kWh pure-electric ferry in Denmark (In-service)
'Ellen' is a landmark pure-electric ferry project operating in the Danish part of the Baltic sea. Taking five years to build, it successfully completed its 10-month stretch of sea trials in June 2020.
The project was partially funded by the EU horizon 2020 project, costing a total of 21.3 million euros of which the EU supplied 16 million euros. It has a huge 4300kWh battery supplied by Leclanché (20 strings each with four stacks, 80 stacks in total) enabling 21.4 miles of range. It also has a record-breaking 4MW charging rate, allowing for nearly 1C charging.
It is estimated the ferry will reduce CO2 emissions by 2000 tonnes, NOx by 41.5 tonnes and SO2 by 1.35 tons annually.
Stena Jutlandica - 50,000kWh hybrid ferry in Denmark
The ferry operator Stena Line will install a 1000kWh battery system on the 'Stena Jutlandica', which operates between Gothenburg, Sweden and Frederikshavn, Denmark. However, this is only phase 1 of the project (allowing electric operation of bow thrusters and maneuvering when berthing in port), and a fraction of what will come.
In phase 2, a 20,000kWh battery pack will be connected to the propellers allowing for a 10-mile pure electric range; in phase 3, the battery capacity will be further expanded to a behemoth 50,000kWh, enabling roughly 50 miles of pure-electric range (the distance between Gothenburg and Frederikshavn).
Port Liner - 6720kWh inland barges in the Netherlands
In 2018, Port-Liner announced it would roll-out up to 11 pure electric inland barges for the ports of Amsterdam, Antwerp, and Rotterdam. Each was planned to carry up to four 1680kWh Li-ion battery containers, implying a maximum 6720kWh system. A containerized battery design lends itself to a battery-swapping business model, helping with the issue of shore-side mega-watt charging. Unfortunately, the original (and ambitious) project was canceled after 5 million euros of spending, but scaled-back plans for a flow-battery version are now in place, with the first prototype planned for release later this year. 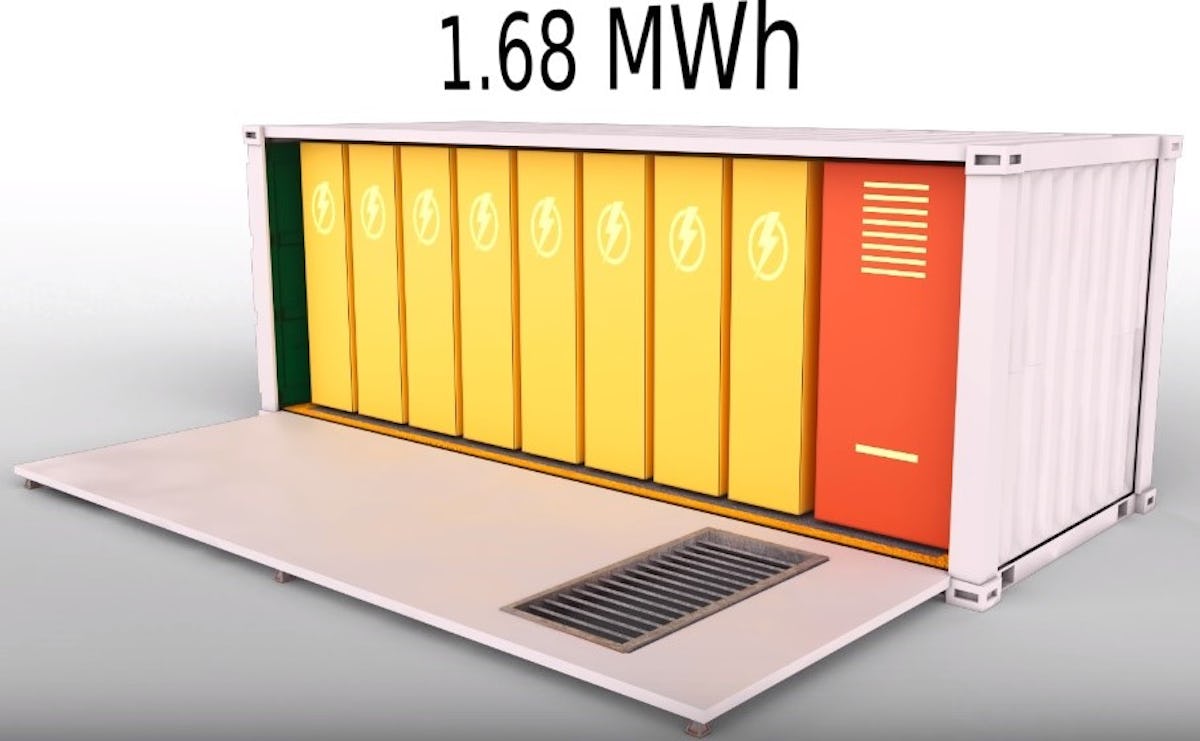 Port liner containerized battery system. Image source: Port Liner
Project e5 - 4000kWh pure electric tanker in Japan
The first sea-going pure electric and autonomous tanker, the e5 project, is being developed for Japan by Asahi Tanker (e5 stands for electrification, environment, evolution, economy and efficiency).
Few details are known, but IDTechEx learned from the company that the 60-metre long ship would hit the water by 2022 with a 4000kWh battery enabling an 80-mile range.
Guangzhou Tanker - 2400kWh inland tanker in China
The first pure electric container ship in the world was launched in China in November 2017, ironically to transport coal. According to China News, the powertrain is equipped with a mixture of supercapacitors and lithium-ion batteries for a total energy capacity of 2400kWh. The powertrain reportedly enables a range of 50 miles on a single charge.
The vessel currently travels inland down the Pearl River in Guangdong Province, where new emission control areas came into force in January 2019.
Both shipyards where it will operate are equipped with massive charging systems that can reportedly charge the boat's battery pack in just two hours (1.2MW charging), which is about the time it takes to load and unload the ship.
AIDAperla - 10,000kWh hybrid cruise ship in Italy
Corvus Energy will supply AIDA Cruises with a 10,000kWh Li-ion battery system, to be retrofitted onto the AIDAperla during 2021 (a cruise ship capable of transporting over 4000 people). The battery will allow zero-emissions operation whilst berthing in ports and save fuel with peak-shaving during hybrid operation when out at sea. This project currently holds the record for the largest battery pack ever ordered.
IDTechEx Research
For more information on maritime electrification, the new IDTechEx report, "Electric Leisure & Sea-going Boats and Ships 2021-2040", provides historical data from 2016 and forecasts up to 2040 in number of electric vessels, battery demand (MWh) and market value ($ billion) broken down by pure electric and hybrid powertrain as well as by each marine sector: leisure boats, fishing, cruise ships, ferries, offshore support, tugboats and deep-sea.
For more information on this report, please visit www.IDTechEx.com/Boats or for the full portfolio of Electric Vehicles research available from IDTechEx please visit www.IDTechEx.com/research/EV.
IDTechEx guides your strategic business decisions through its Research, Consultancy and Event products, helping you profit from emerging technologies. For more information on IDTechEx Research and Consultancy, contact research@IDTechEx.com or visit www.IDTechEx.com.