Car manufacturer Renault is due to release a range of electric vehicles from 2011. In the lead up Renault has commissioned the following innovative energy harvesting craft.
French industrial designer Damien Grossemy has created the "Zep'lin", a flying sailboat concept design which will promote Renault's line of electric cars. It is hoped the concept will become a reality in 2015. 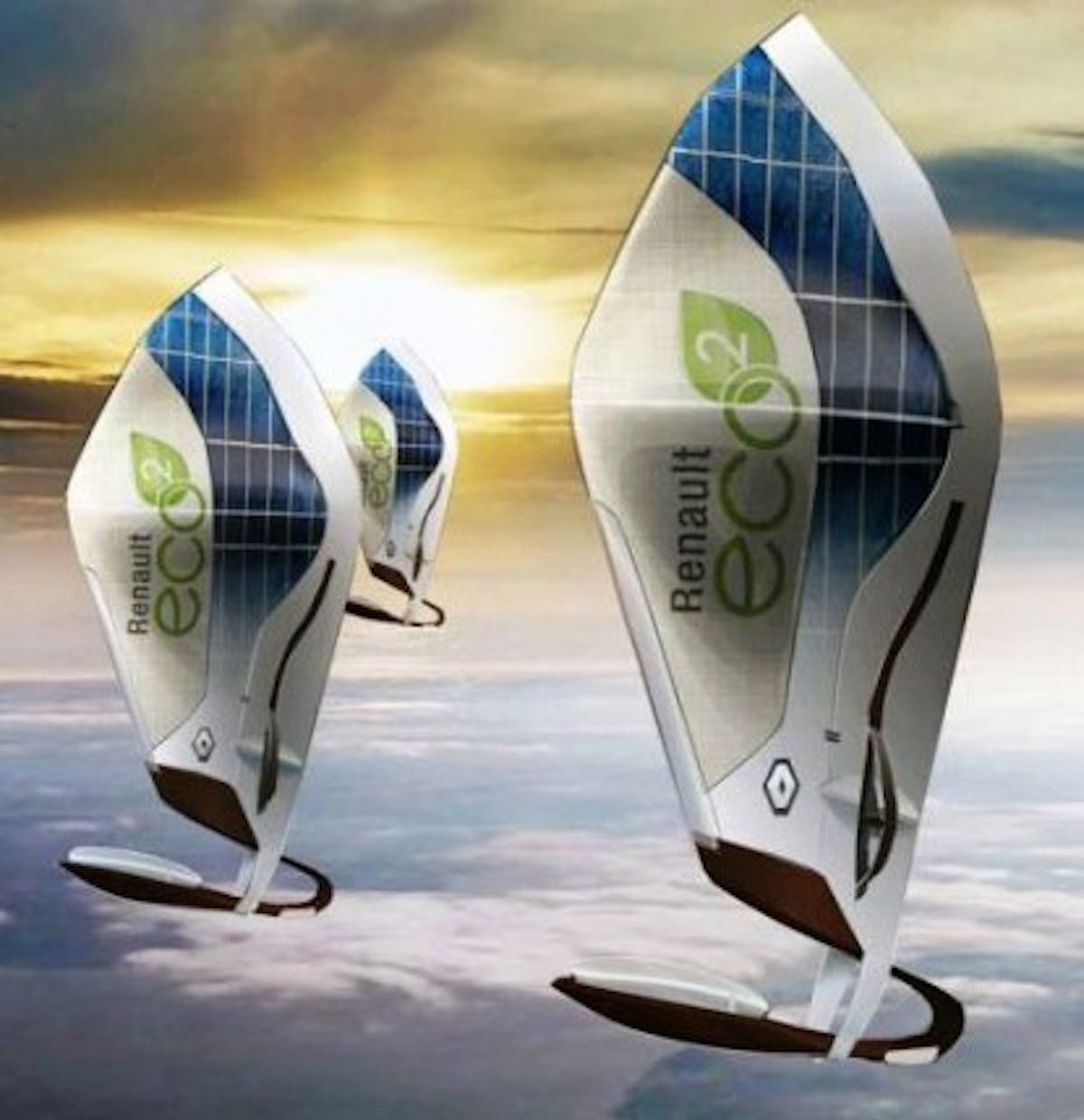 Source: Damien Grossemy
The vertically built craft moves like a sailboat and can change direction quickly and land anywhere without the need of infrastructure. Generating energy from solar panels located on the top of the craft the Zep'lin can tilt toward the sun, using the rudder system, for optimum energy generation. Excess energy is stored in on board lithium ion batteries. 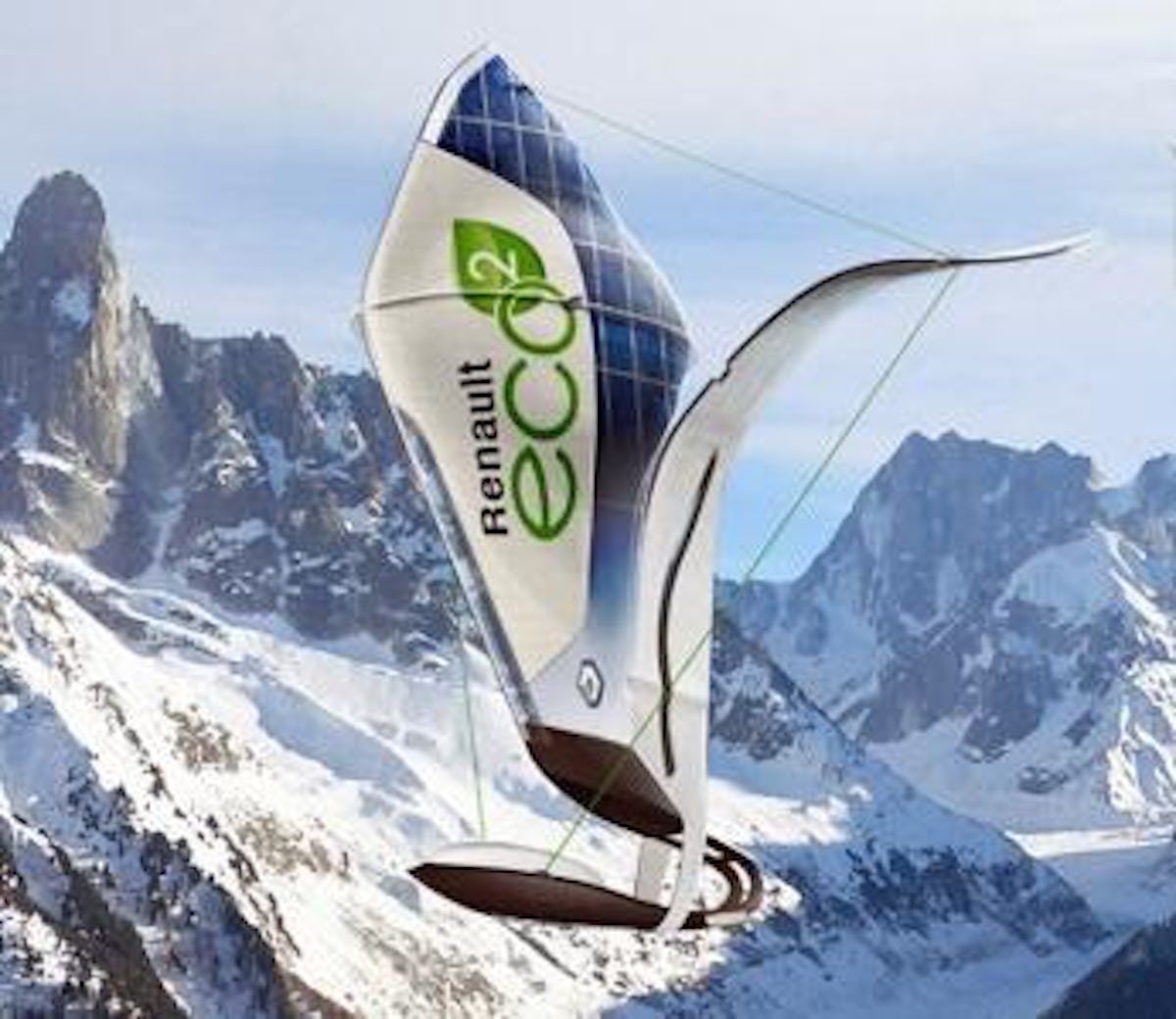 Source Damien Gossemy
Second generation lithium batteries that are safer and have better performance are incorporated in these new vehicles and in the Lightning Car Company's Lightning sports car, the KleenSpeed Technologies 200mph Formula One car, the Hawkes Ocean Technologies Deepflight submarines, the PC-Aero pure electric aircraft etc. but even more powerful batteries will be welcome.
In a separate creation, Designer Luis Pedro Fonseca designed the Renault 2010 Sand Jumper. This vehicle runs on an electric engine which is charged using nano solar paint to generate renewable electricity. The designer claims that the vehicle's battery pack takes around 8 hours to recharge but a quick charge mechanism allows the batteries to charge in about 90 minutes. 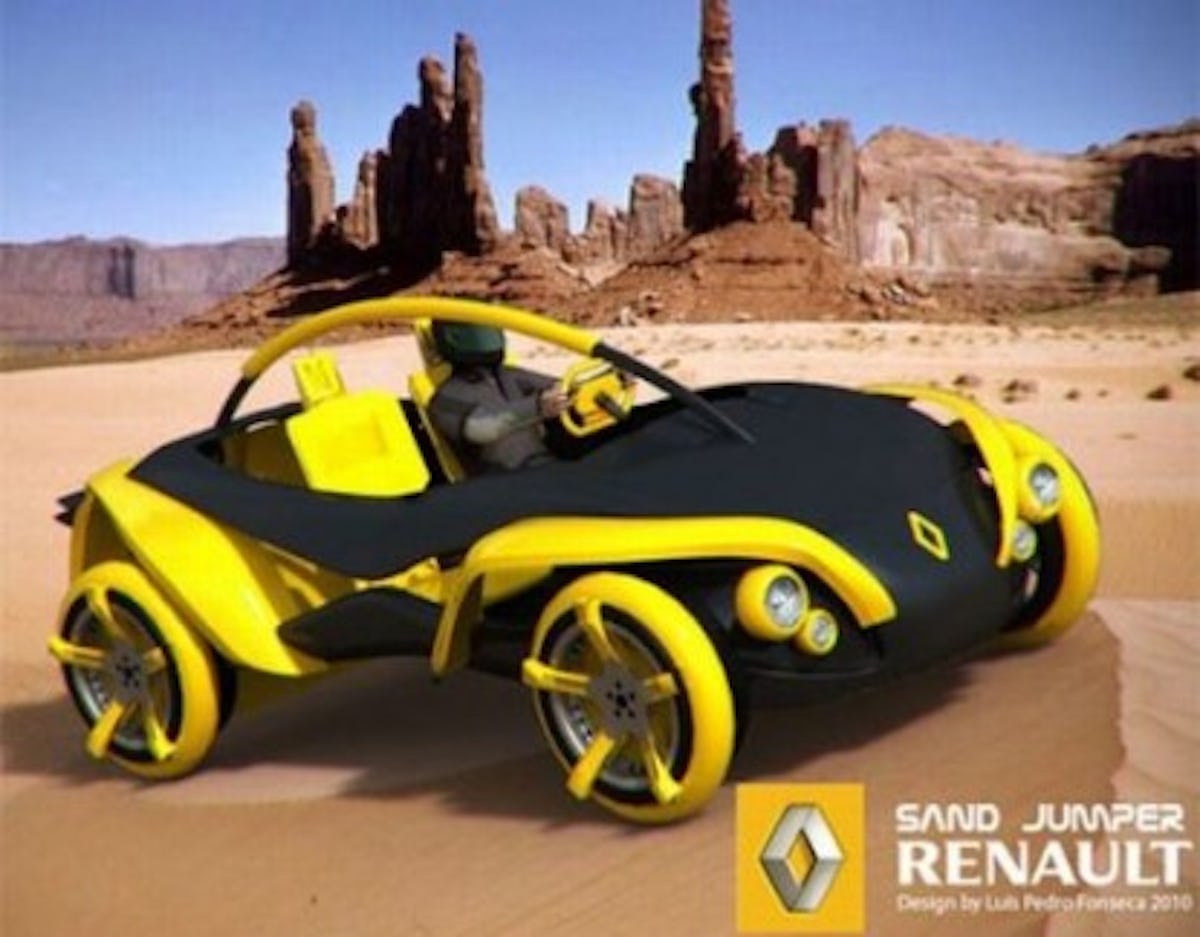 Source Renault
Materials used in the body of the car are either recycled or recyclable.
For more read : Energy Harvesting and Storage for Electronic Devices 2009-2019
and attend Energy Harvesting & Storage Europe and Wireless Sensor Networks & RTLS Summit 2010