Tesla in India: Boost in a Country with Low Appetite for Electric Cars 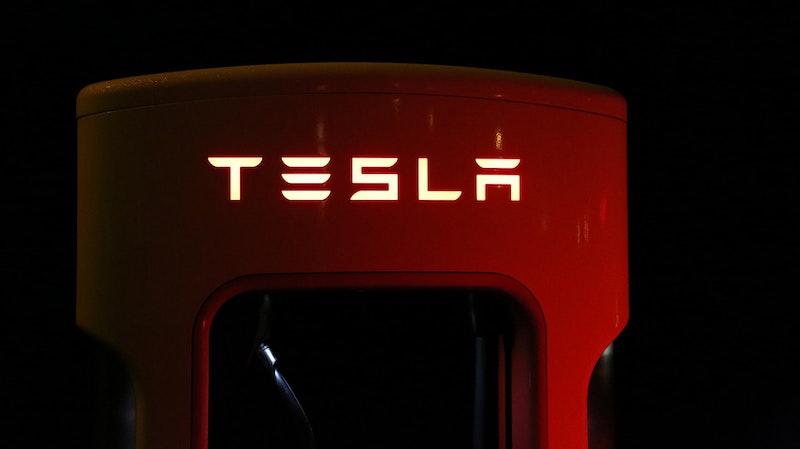 Tesla has plans to enter a new market: India. This story has unfolded only one way so far. Tesla decides to enter a new market and quickly becomes the top-selling EV maker by leveraging its powerful brand and class-leading technology at a competitive price: China, South Korea, the UK, the Netherlands, and Norway, to name a few countries which have been conquered so far. But will it be so easy in India?
The trouble is India currently does not have much of an appetite for electric cars, at least in the current situation. In fact, this stretches to cars in general. While it is true that India has one of the largest auto markets in the world - it is fifth behind China, the US, Europe & Japan - and peaked at 3.3 million vehicle sales in 2018 (before the anticipation of new emissions regulation in 2020 sparked a short-term decline), taking a look at vehicles in-use per capita tells a different story. 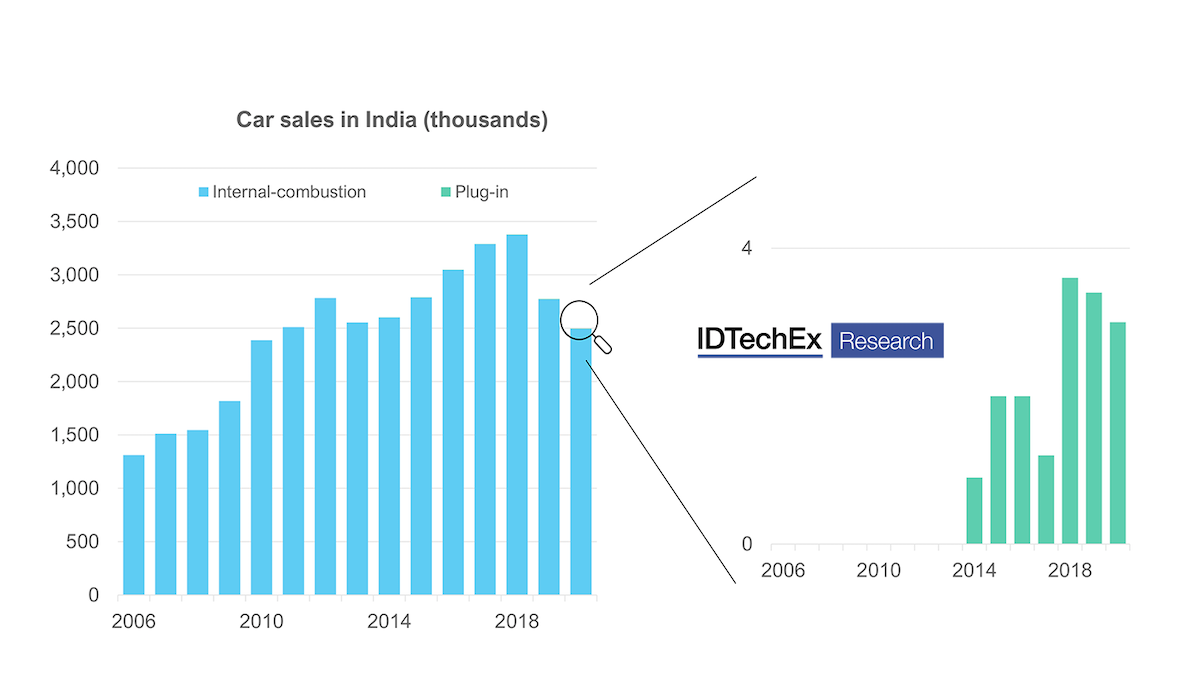 Plug-in refers to battery-electric + plug-in hybrid vehicles; 2020 figures are estimated by IDTechEx. Data sources: SIAM, SMEV, IDTechEx
The new IDTechEx report "Electric Vehicles in India 2021-2041" finds that roughly 26 cars are in-use per 1000 people in India; this compares with 700-800 for the US and Europe and 200 for China, the world's largest auto market. In contrast, looking at two-wheelers, India is the largest motorcycle market in the world and has around 170 motorcycles per 1000 people: clearly, motorcycles are the current mobility preference. The main reason behind this disparity is the price, as popular motorcycles are typically sold between $700 - $2000 in India, compared to the average car being north of $10,000.
As is well known, the largest barrier to the adoption of electric vehicles is the higher upfront price, which is, therefore, an even higher barrier in India. The result is India's plug-in electric car market has never truly taken off and is currently fluctuating between 2000 and 4000 sales yearly, compared to 1 million sales from China in 2020. Looking at the models available on the Indian market, low-priced offerings (under $20k) are still well above the average car price and have less than 150 miles of range, for example, the Mahindra e-Verito or Tata Tigor, making them unattractive as well as unaffordable. The other issue is charging infrastructure, where deployment is also very low in the country. Market entry of Tesla in 2021, unfortunately, does not solve these core problems, at least in the short term.
Moreover, the government's FAME-II policy does not subsidize private electric cars - only commercial ones - reflecting how the focus of electrification in India is still very much in the realm of micro-mobility (two and three wheelers), which are much easier to electrify and can use standard electrical outlets to charge removable batteries.
To learn more about IDTechEx's long-term forecast for electric cars in India, the new report "Electric Vehicles in India 2021-2041" (www.IDTechEx.com/IndiaEV) addresses and forecasts electric two-wheelers, electric three-wheelers (e-rickshaws), electric cars and electric buses in the country, revealing the massive potential and opportunity from one of the world's largest and fastest-growing economies. The report further explores key technology trends unique to India, such as the transition away from Lead-acid batteries, Li-ion chemistry choices for 45-degree midday heat, the importance of local battery production and the country's reliance on permanent magnet motors from China.
This research forms part of the broader electric vehicle and energy storage portfolio from IDTechEx, who track the adoption of electric vehicles, battery trends, and demand across land, sea and air, helping you navigate whatever may be ahead. Find out more at www.IDTechEx.com/Research/EV.
IDTechEx guides your strategic business decisions through its Research, Subscription and Consultancy products, helping you profit from emerging technologies. For more information, contact research@IDTechEx.com or visit www.IDTechEx.com.

Short Term Growth Prospects for Renewable Fuels
Aerogels: Is China Taking Over the Market Landscape?
1000 Mile Electric Cars for Everyone
Join the Upcoming IDTechEx Webinar on Li-ion for Electric Vehicles