Many Routes to 1000 Mile Battery Vehicles 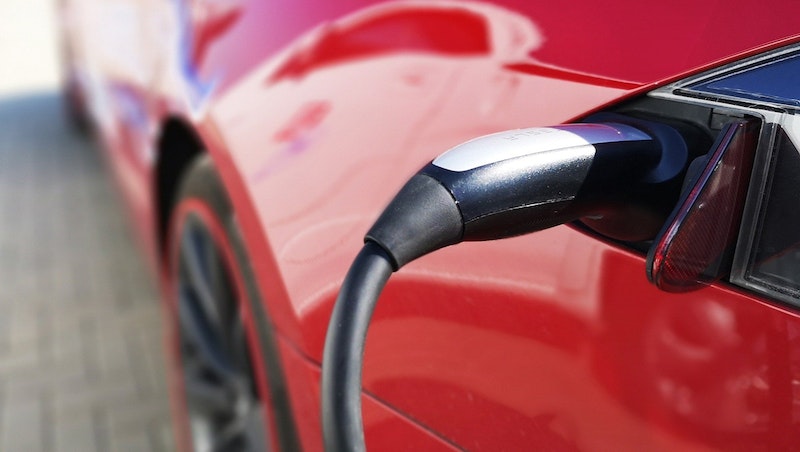 It is easy to make 1000-mile battery-electric vehicles, and the effect on market uptake will be profound. For example, a typical city-dweller today might charge only once every two months and vacation where chargers are rare.
With solar bodywork having done some of the job, even feeble existing chargers will cause little delay. Indeed, solar bodywork is a get-you-home feature capable of suddenly making battery-electric vehicles acceptable in most of the world, increasing market potential and accelerating economies of scale in production, making them more affordable. Meanwhile, today's EV would be easier to sell to country dwellers if they had a folding solar panel "lifeboat" offered as an optional extra. See the IDTechEx report, "Solar Vehicles 2021-2041 2nd Edition".
Learn from the sea. Many solar boats can already be bought with effectively infinite range because they have so much area available for solar. Some have the generating capacity to supply three houses on arrival. For heavier sea-going ships, adding wind turbines works because at sea, the wind is rarely head-on at a speed less than the craft. The large Manta ocean clean-up boat from Sea Cleaners is the latest example. Even energy-independent ships are possible by combining these technologies with others.
Land vehicles lag in energy-independent technologies because they have less surface area per passenger, but the newly-viable single-crystal silicon on the sides (as demonstrated by Sono Motors at CES 2021) is a step in the right direction. Student solar racers get energy independence using 3 - 5 compound solar that is unaffordable for most applications as yet. They also get ultra-low drag factors by squeezing the riders. Nonetheless, these things benchmark what is coming to a car, robot shuttle, and truck near you.
For example, following solar golf cars, Aptera, a Californian solar car start-up, promises 1000 miles for those willing to mix it with Class 8 trucks while sitting in a three-wheeled egg. More mainstream, Tesla and Lucid already get past 500 miles range by low drag factor, light-weighting, more efficient power electronics, and other strategies such as aluminum monocoque, even before adopting solar. Indeed, Tesla Roadster doubles the battery to get 620 miles. Lightyear solar family cars approach 500 miles range with exceptionally extensive solar bodywork but also more efficient in-wheel motors. More efficient motors have been important for Tesla's exceptional range and better is on the way. See the IDTechEx report, "Electric Motors for Electric Vehicles: Land, Water, Air 2020-2030".
When feasible, Elon Musk wants solar that unfolds on arrival. That will pump more than one kilowatt. Many vehicles are largely glass, but solar building windows are obviously coming to vehicles starting with Hyundai promising a translucent solar roof.
In 2018, Tesla began to adopt wide-bandgap semiconductors (silicon carbide) in the Model 3's main inverter, which are more efficient and save on the weight and space of the cooling equipment. Supercapacitors are barely used in on-road BEVs, but they can improve range in many ways now they appear with higher energy density and at a lower price. They grab more braking energy, and they facilitate deep discharge of the newer batteries that can tolerate such things.
The roadmap of other range-extending technologies is equally rich. Infra-red harvesting surfaces under the vehicle may work in hot countries. On top and sides, adding perovskite to silicon will grab infrared and light over a much wider spectrum, increasing electricity by at least 10% (multilayer perovskites promises 100%). Autonomous taxis, shuttles, and buses dispensing with the weight and space of the driver can go further. In windy countries, wind turbines that erect when the vehicle stops can be viable. Indeed, the US Department of Defence funds trials of electricity generation by tethered drones from vehicles - up where the wind is stronger and more consistent. 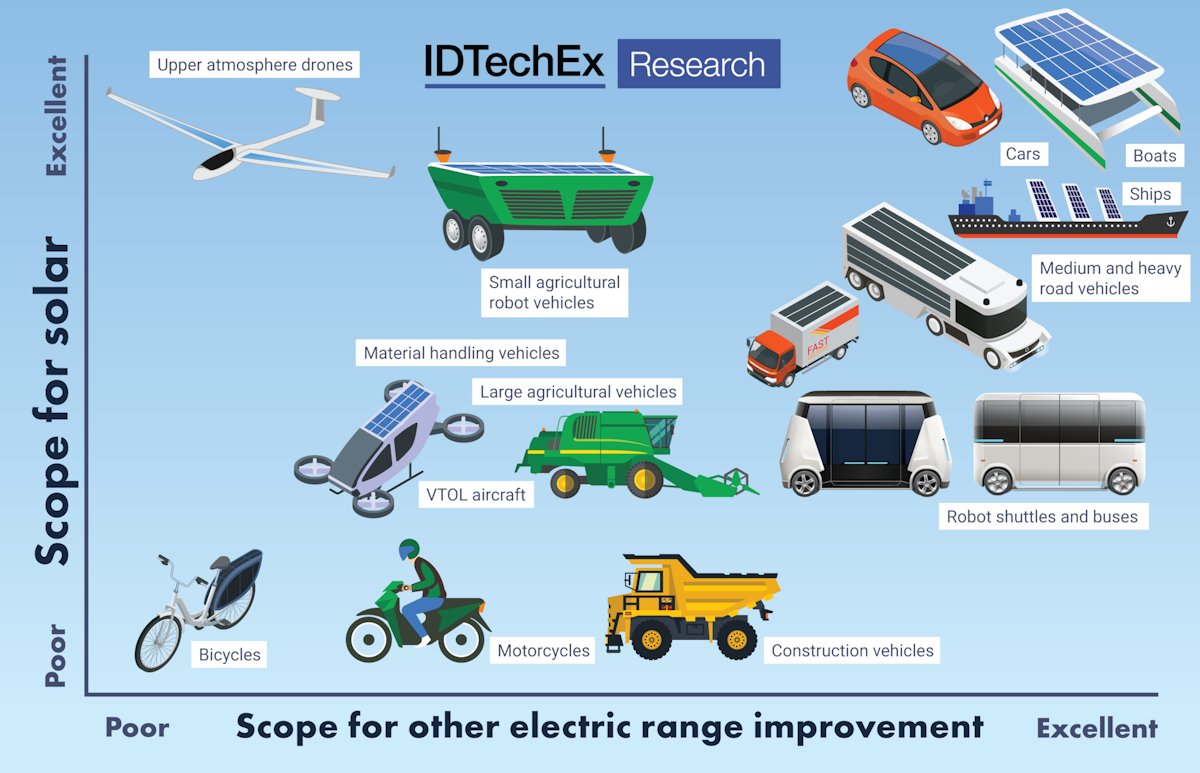 Scope for improving battery vehicle range/ endurance. Source: IDTechEx
Raghu Das, CEO of IDTechEx, advises, "VW Group and many others work on structural batteries and supercapacitors to increase range - no more dumb bodywork. Meanwhile, Tesla and Lucid commercialize a first step in that direction. Equally challenging, but still a possibility, is using higher voltage to increase range beyond the current focus on charging time. 800-1000V is pioneered by VW Group, Lucid, Rivian, GM, Hyundai, Kia, and other carmakers and their suppliers such as Hitachi, Borg Warner and others. In principle, it increases efficiency and lightens weight."
"We are currently working on the start of production for several premium 800-volt projects," says Bert Hellwig, who is responsible for electric drive system development at ZF. "We supply a Chinese OEM with the complete electric driveline, including power electronics, for several models. For a European sports car manufacturer, ZF provides power electronics for a high-voltage application. Further series start-ups are already on the horizon."
There is much more. Thermal management and all materials and systems can perform better and get lighter, both increasing range. See the IDTechEx reports, "Materials for Electric Vehicles: Electric Motors, Battery Cells & Packs, HV Cabling 2020-2030" and "Thermal Management for Electric Vehicles 2020-2030". For example, transparent heater film applied only where needed on vehicle interiors has been shown to save up to 30% of that electricity.
Meeting all this in the middle is intermittent catenary and intermittent road rails and coils - part-charging vehicles as they hurtle by - and an increasing number of cars able to charge other cars (Sono Motors' Sion is again an example). Batteries charge fast initially, so the profusion of lamp post chargers for topping up in London, for example, can be a good alternative to scarce and expensive fast chargers, particularly as vehicles double their range. Just battery improvements promise large range increases. Volkswagen newly targets 40% more energy density by 2030. In other words, vehicle designers can now choose which of the many routes to 1000-mile range they will pursue. Plenty of choice. For the whole picture, see the IDTechEx report, "Electric Vehicles: Land, Sea and Air 2021-2041". For the full portfolio of Electric Vehicle research available from IDTechEx please visit www.IDTechEx.com/Research/EV.
IDTechEx guides your strategic business decisions through its Research, Subscription and Consultancy products, helping you profit from emerging technologies. For more information, contact research@IDTechEx.com or visit www.IDTechEx.com.