A $174 Billion EV Investment Would Transform the American Bus Market 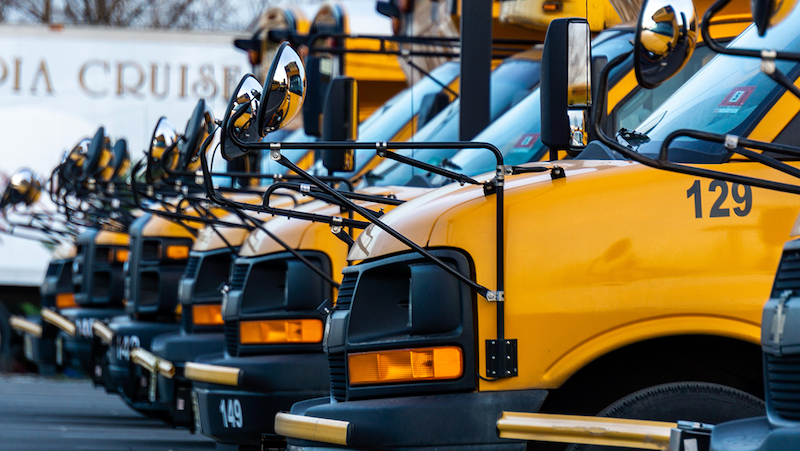 The deployment of zero-emission buses in the US has lacked the impetus of the electrification efforts seen in China and Europe, as discussed in IDTechEx's report "Electric, Hybrid and Fuel Cell Buses 2021-2040". This is about to change. At the end of March 2021, the Biden Government announced a $2 trillion dollar package, 'The American Jobs Plan', which proposes a $174 billion investment in the US electric vehicle market. As part of this investment, the plan intends to directly promote the electric bus market, facilitating the replacement of 50,000 diesel transit buses with zero-emission buses, whilst also helping to electrify at least 20% of the nation's 480,000+ yellow school bus fleet.
If Biden's American Jobs package passes Congress, a nationwide incentive scheme that puts the upfront cost of electric buses on par with equivalent diesel-powered buses would spur rapid uptake, given the fuel and maintenance cost savings that electric buses would offer school districts and transit agencies. With a 'Made in America' requirement to ensure that the vehicles are built in the US, the plan would be a tremendous boon for transit bus manufacturers with local manufacturing bases such as BYD, ElDorado National, Gillig, New Flyer, Proterra, and Van Hool; and school bus manufacturers including Blue Bird, GreenPower, Lion Electric, Navistar, and Thomas Built Buses (a subsidiary of Daimler). Such incentives would support the entire bus manufacturing supply chain, from raw materials to parts, and increase the production of electric powertrain components such as motors, batteries, and inverters.
School bus manufacturers Blue Bird Corp, headquartered in Fort Valley, Georgia, US, have delivered over 400 electric-powered school buses in the last three years and saw three-fold growth in sales in 2020. They expect to see continued fast-paced growth, predicting that over 1,000 Blue Bird electric buses will be on the road next year. Likewise, GreenPower Motor Company, who are headquartered in Vancouver, Canada, with US assembly in Porterville, California, US, have recently scaled up production of their B.E.A.S.T electric school bus from 5 to 10 buses per month, with the expectation that the rate will rise to much greater levels. As an example of the new demand for zero-emission buses, in February 2021, the Board of Education in Montgomery County, Maryland, US, approved a 16-year $169 million contract to lease 326 Thomas Built Buses electric school buses.
A further element of 'The American Jobs Plan' that will be key to a successful rollout of electric vehicles is its support for the installation of electric vehicle chargers. The package intends to help fund the delivery of 500,000 chargers by 2030. Back in May 2019, Californian electricity supplier SCE announced a 5-year, $356 million, 'Charge Ready Transport' program to add charging stations for medium- and heavy-duty electric vehicles at 870 commercial sites in Southern California. Work began in July 2020 at the first five sites, which will provide the charging infrastructure for 80 new electric school and transit buses. Financial assistance from the US Government is necessary to speed up the rollout of programs of this scale across America, which will be critical to enabling the widespread deployment of electric buses.

The rest of the world

By comparison, in Europe there were already a record number of electric bus registrations, increasing from around 1900 vehicles in 2019, to over 2100 registrations in 2020. Polish bus maker Solaris was the leading manufacturer of electric buses in Europe, supplying 457 of its Urbino model. European Automobile Manufacturers Association data suggests that registrations of electrically chargeable buses made up 6.5% of all new bus registrations in Europe in 2020, up from 4% in 2019.
However, this pales in comparison to China, which leads the world in electric bus deployment with over 450,000 electric buses on its roads since 2015. However, as a result of the phase-out of subsidies and the increasing saturation of electric buses in China's Tier 1 cities, IDTechEx forecast that electric bus sales in China will stabilize at a lower level than seen during the subsidy-driven boom years. Whilst Chinese bus manufacturers no longer receive large subsidies from the Chinese Government, the previous support has established a world-leading cost base for their vehicles. Electric bus sales in 2020 in China were led by Yutong and BYD. 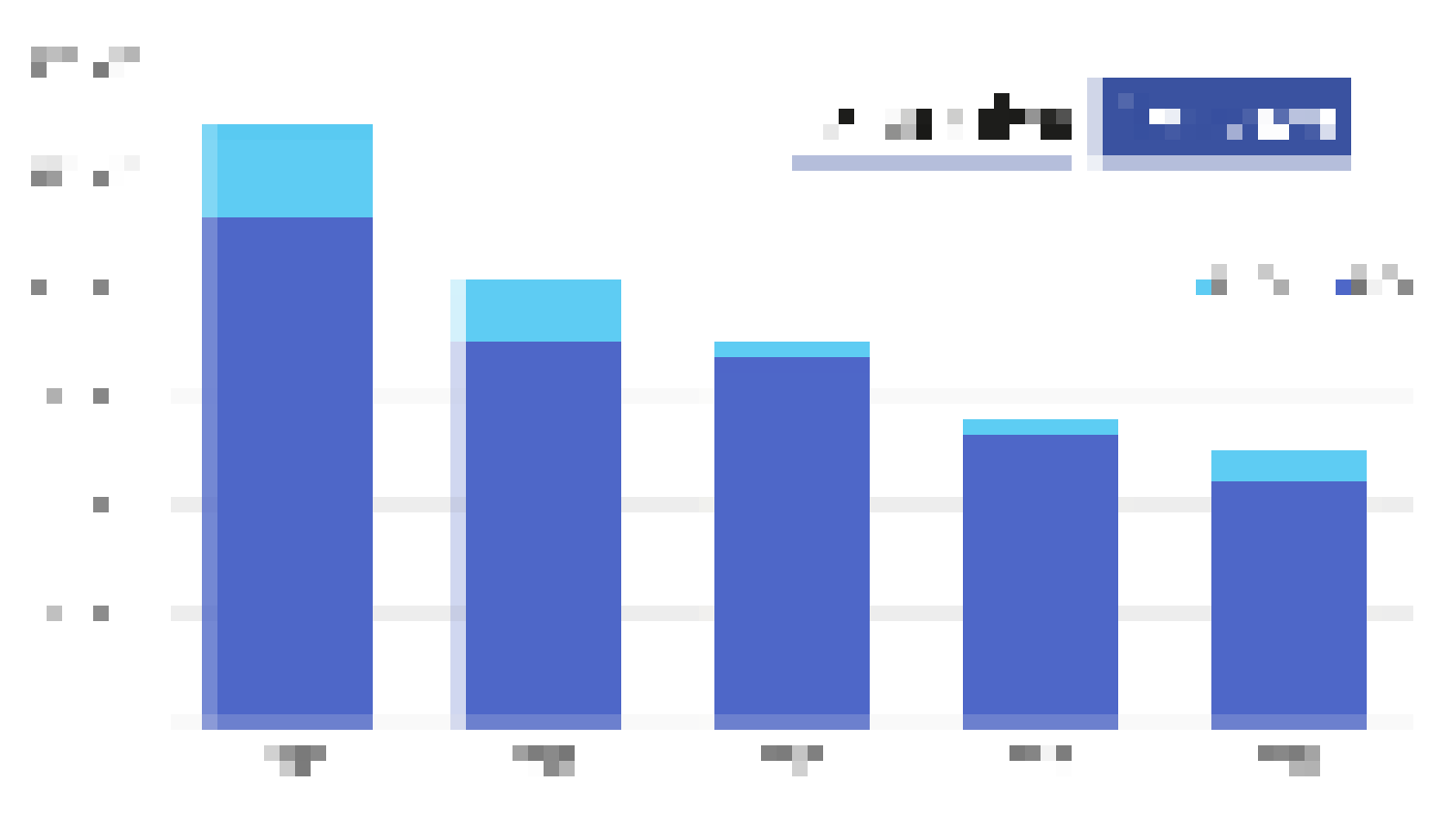 Battery Electric and Plug-in Hybrid Electric Bus Sales in China (Buses, thousands). Source: CPCA, CATARC, IDTechEx
IDTechEx expects to see Chinese electric bus OEMs look to markets outside of China for growth, often in partnership with local bus manufacturers. BYD, for example, has delivered 470 electric buses to the city of Bogota in Colombia and in January 2021 were selected to provide 1,000 more in partnership with local partners Superpolo and BUSSCAR. Yutong recently secured an order for 741 electric buses, to be deployed for the Qatar 2022 FIFA football World Cup. The transition to clean electrically powered buses is happening at pace. Not just in a few select markets but around the world. Those manufacturers continuing to focus their effort on lower-emission diesel-driven powertrains are increasingly risking being left behind.
The IDTechEx report "Electric, Hybrid and Fuel Cell Buses 2021-2040" forms a part of the broader electric vehicle and energy storage research at IDTechEx. IDTechEx analyses the adoption of electric vehicles, battery trends, and demand across land, sea, and air. This is summarized in a master electric vehicle report, found at www.IDTechEx.com/EV.
For more information on the electric buses report, please visit www.IDTechEx.com/buses, or for the full portfolio of Electric Vehicles research available from IDTechEx please visit www.IDTechEx.com/Research/EV.
IDTechEx guides your strategic business decisions through its Research, Subscription and Consultancy products, helping you profit from emerging technologies. For more information, contact research@IDTechEx.com or visit www.IDTechEx.com.
Top Image Source: Photo by Harrison Kugler on Unsplash

Join Our Upcoming Webinar on the Micro EVs Revolution
Why Hydrogen Fuel Cell Adoption Is Accelerating in Marine Markets
The Transition to Oil in EV Thermal Management
Micro EVS: Neither Fast nor Far