How Will Hydrogen Technologies be More Competitive in the Future 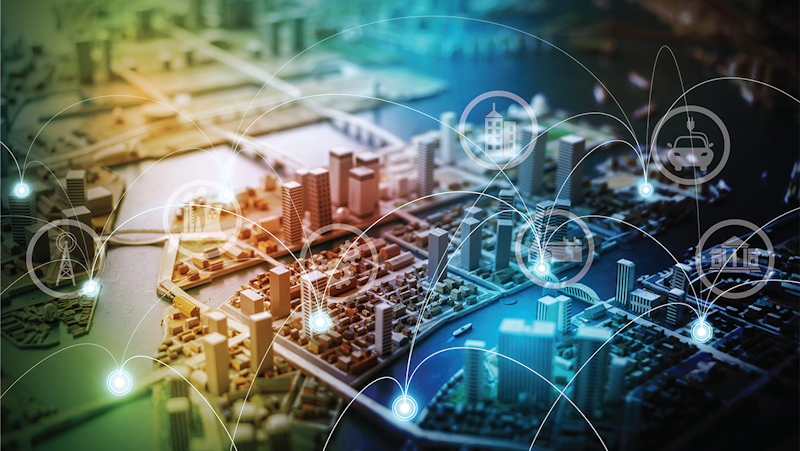 Why should people buy a hydrogen car, if they will barely opt for an electric one? Despite a generally high level of willingness to be 'green' - don't pollute, recycle as much as we can, and turn off lights as soon as possible - a limited amount of people would purchase an electric car, and only with consistent government subsidies. The average driver will still opt for a comfortable, nice, and cheaper diesel vehicle.
So, why should someone then choose a fuel cell car, if they could not even charge it at home, and almost nowhere due to the limited number of hydrogen refueling stations (HRS)? It appears at this stage of development that they won't.
Despite these limitations, there is a lot of talk about hydrogen trucks, cars, trains, and sometimes even hydrogen planes.
So, where does this hydrogen interest comes from? How will hydrogen technologies be more competitive in the future?
To respond to these questions, IDTechEx first investigated the approach towards the hydrogen economy which different countries are adopting in the IDTechEx report, "The Hydrogen Economy, Fuel Cells, and Hydrogen Production Methods".
Then, to actually understand how hydrogen will be produced on a large scale, IDTechEx investigated this emerging, and fast-growing electrolyzer market, showing its results in the new report "Green Hydrogen Production: Electrolyzer Markets 2021-2031".
By addressing the different electrolyzer technologies, comparing them, and investigating the final end-users, IDTechEx provides a complete view of the current hydrogen market, showing where hydrogen will be initially used and with which electrolyzer system.

Hydrogen end-users development. Source: IDTechEx
Europe in particular has shown a strong interest toward adoption of hydrogen systems. The reason why hydrogen is strongly addressed by certain countries is given by the capability of this gas to decarbonize industries where its electrification is difficult to reach. Among these sectors, the ammonia and refinery sectors are the largest consumers of hydrogen and future industries like green steel production.
The large adoption of electrolyzer systems will lead to a production increase, decreasing the cost of electrolyzers, hence reducing the cost of hydrogen.
IDTechEx believes the adoption of hydrogen in the automotive sector will mostly be a consequence of the large hydrogen production. When green hydrogen can be mass-produced, reaching a competitive cost with conventional fuels, coupled with a network of hydrogen refueling stations (HRS), then the adoption of fuel cell electric vehicles (FCEV) will be spread. The process will be boosted by the government subsidies to reach the required level of competitiveness beforehand, although with the current level of development it is still unfeasible.
Currently, most of the HRS systems are developed either for private use or for specific end-uses, such as for garbage trucks.
In IDTechEx's view, the first segments to adopt hydrogen in the next years will be the largest industrial hydrogen consumers which need to reach a higher decarbonization level. Although they might be the first, it's important to highlight that each region and country presents different characteristics and requirements. Therefore, while in Europe a strong policy toward green hydrogen adoption has been proposed, other countries might favor the adoption of blue hydrogen due to larger competitiveness.
Spain showed a large interest in ammonia, and particularly green ammonia: ammonia production from green hydrogen. In France, a great hydrogen hub link with a network of hydrogen refueling stations has also been announced in relation to the powerful automotive sector in the country. Germany, one of the first to adopt hydrogen, presents one of the largest HRS networks in the world, together with projects in hydrogen blending in the gas pipeline, green hydrogen production hub, and hydrogen adoption in industrial applications. Italy has not announced its hydrogen development strategy yet, but due to the strategic position of the country linking the EU with the African continent and the pipeline link with Africa, it will probably be one of the drivers for hydrogen blending in existing gas pipelines.
Overall, the hydrogen market is just beginning, and over the next ten to twenty years the market outline will be defined, showing the main players involved and which sectors will dominate the adoption of hydrogen.
For more information on these reports and for the full portfolio of Energy Storage research available from IDTechEx please visit www.IDTechEx.com/Research/ES.
IDTechEx guides your strategic business decisions through its Research, Subscription and Consultancy products, helping you profit from emerging technologies. For more information, contact research@IDTechEx.com or visit www.IDTechEx.com.