Some of the highlights on the different technologies covered at the Future of Electric Vehicles conference and exhibition organized by IDTechEx are discussed below. Battery technologies, land, sea and air vehicles were all aired during the event, which delivered on its promise to cover more than just electric car technologies.

Hawkes Ocean Technologies (HOT) is involved with the production of submersible vehicles. The first DeepFlight submersible was unveiled by HOT in the late 1990s. HOT is now on its fifth generation winged submersible, and sold its most recent vehicles to venture capitalist Tom Perkins and entrepreneur Sir Richard Branson. 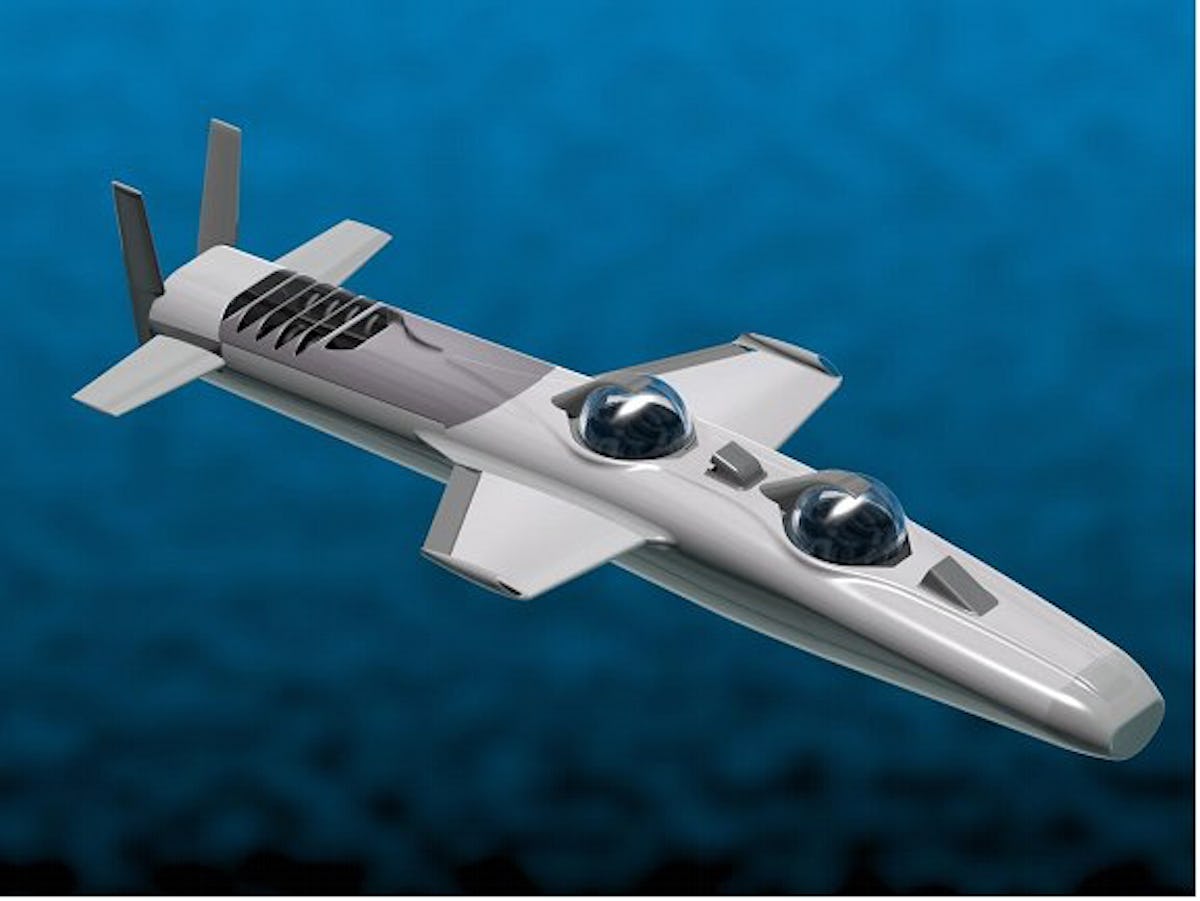 Source: Hawkes Ocean Technologies
The Super Falcon, pictured above, is part of the DeepFlight™ series of vehicles, the only positively buoyant submersibles worldwide. It was demonstrated at the conference exhibition floor, where it attracted a lot of attention by all conference attendees.
The prototype cost approximately US$1.5M to build and its body is mostly made of glass fibre composites (and some carbon fibre based composites), allowing for 4x weight savings when compared to using aluminum. It can reach depths of up to 300m, is approximately 6m long and 3m wide and weighs 1,818kg.

Eva Hakansson and Bill Dube constitute KillaCycle and one of the most famous couples in the world of electric vehicle racing. The KillaCycle is the world's quickest electric vehicle in the ¼ mile (7.89 s @ 168 mph) reaching 0-60 mph in less than 1 second using a very light weight battery utilizing lithium-nano-phosphate™ technology provided by A123 (Previous battery 200 lbs, present battery 68 lbs). 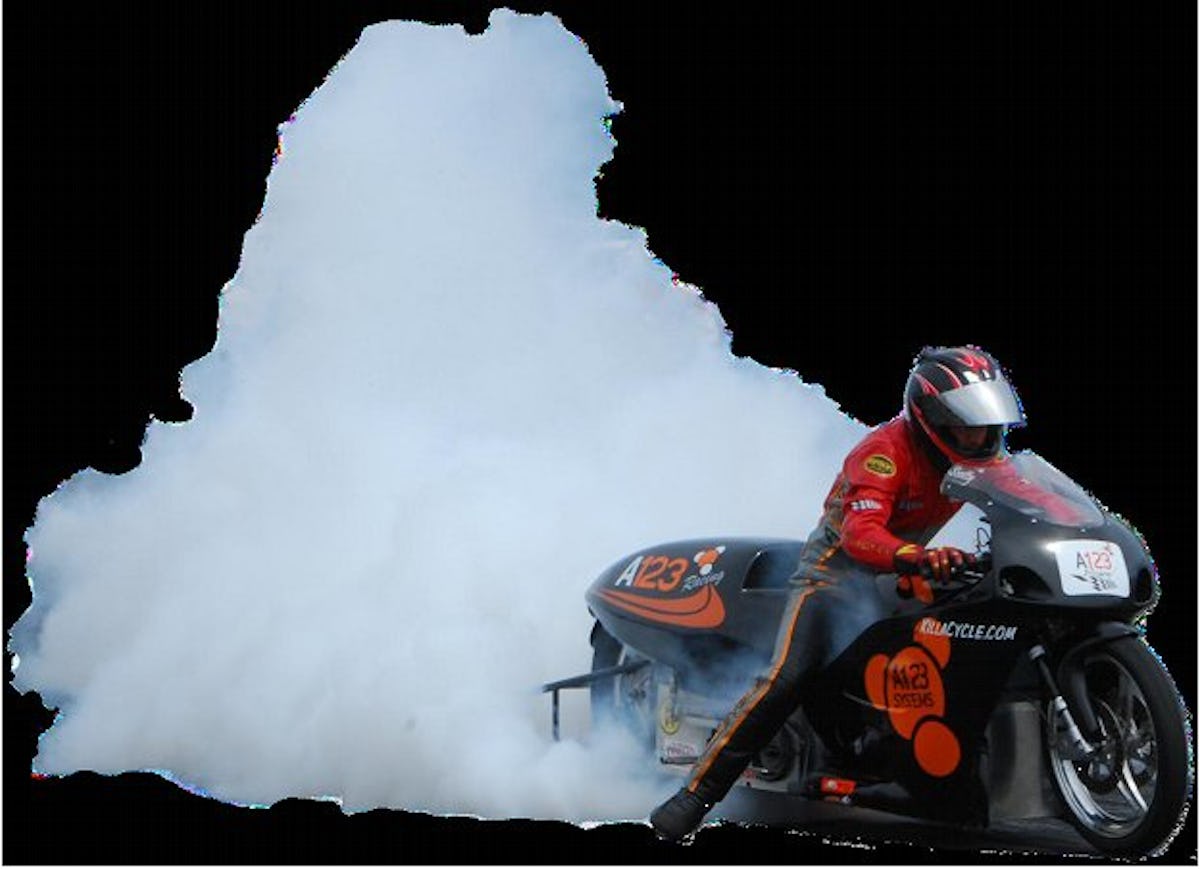 Source: KillaCycle
During their conference presentation, Bill and Eva discussed the KillaCycle, their effort to break the world land speed record on an electric vehicle with the KillaJoule (400mph is the goal!) but also gave a lot of hands on information on how to make efficient battery packs geared towards high speed performance.
They gave tips on how to construct battery packs, weld, fold, compress, stack and connect them but also gave a lot of advice on safety procedures, pointing out the importance of always checking for ground faults. The newest KillaCycle battery pack for example weighs 68lbs, consists of 560 cells (112 in parallel, 5 in series) and can deliver a whopping 500HP.

With customer deliveries starting this week, the Nissan Leaf is a highly anticipated plug in EV and is poised to start a trend towards mass adoption for electric vehicles. Mark Perry, Direcotr of Product Planning with Nissan focused on the reasons that constitute the "case for change" away from fossil fuel-based ICEs. Increasing human population, increasing number of vehicles on the streets, increased expenditure on fossil fuels and the necessity to maintain human livelihood becoming costlier every day are only some of the reasons behind the "pressing need" to change the way we conceive and utilize vehicles. 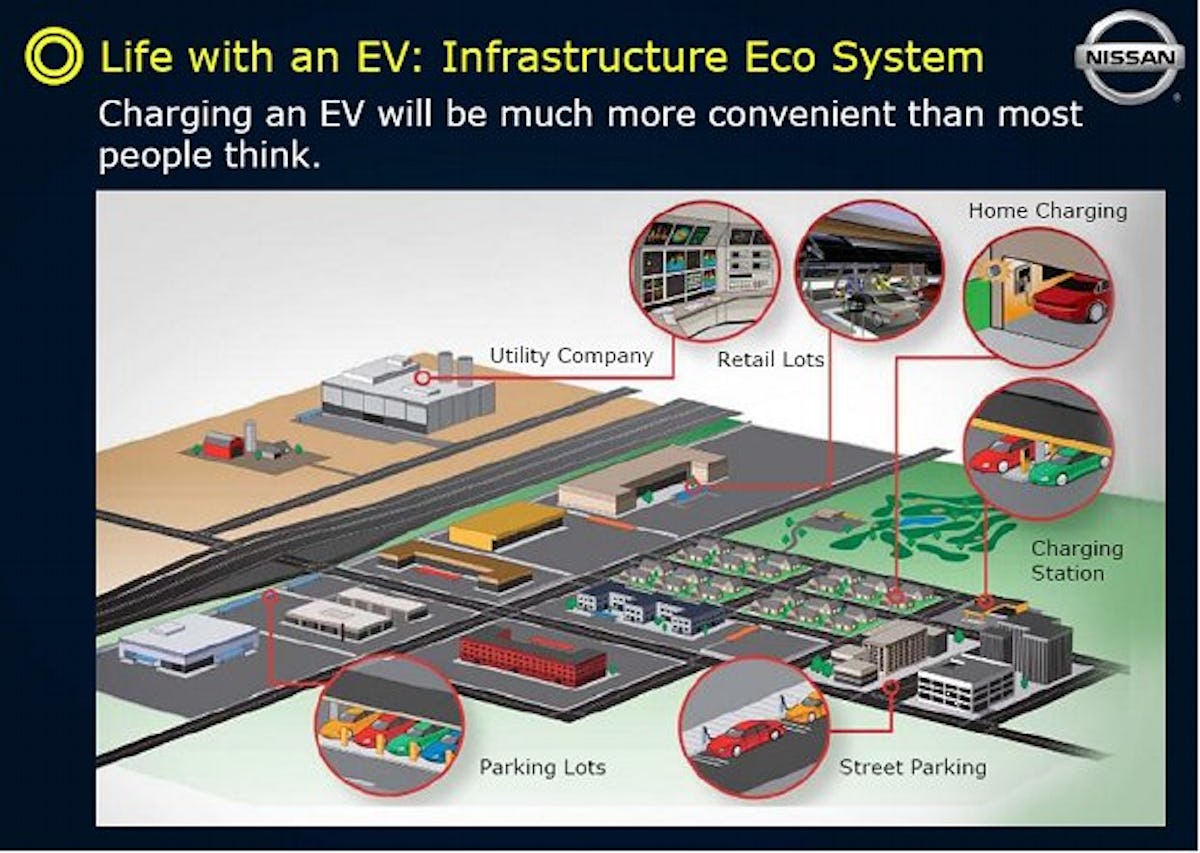 Source: Nissan
Charging infrastructure is becoming more and more convenient and Nissan is very actively involved in it, forming country and state-wide co-operations to ensure adequate charging stations are installed as increased numbers of electric vehicles are becoming available.
In the USA, Nissan already has 26 co-operation agreements with companies, committees and state bodies in 12 American States and such activities have lead to over 20,000 reservations for the Nissan Leaf before it is even launched. Not bad at all!

Finally, Dr Steven Visco of Polyplus presented on the company's batteries, both primary and secondary cells based on lithium-air technology utilizing water-stable lithium metal electrodes. Polyplus has a multitude of patents on its Protected Lithium Electrode (PLE) and its compliant sealing technology, leading to energy densities that could rival those of gasoline. In a 24-month co-operative research programme with Corning, the two companies are aiming to build a 250mAh rechargeable lithium-air cell with targeted performance of 1000Wh/l, and 600Wh/kg, significantly higher than current Li-ion technology. The Polyplus technology is perfectly suitable for underwater applications also, and the company is working on the development and construction of Li-H20 cells as well.
For more attend: Future of Electric Vehicles Europe 2011