In-wheel motors were popular in cars over 100 years ago because they did not intrude into passenger space. An example is shown below.
However, they were expensive and they adversely affected the ride and steering. One motor seizing could sometimes lock a wheel.
The Lohner-Porsche electric vehicle of 1898 showing its two in-wheel electric motors. Another version had four. 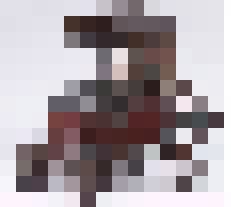 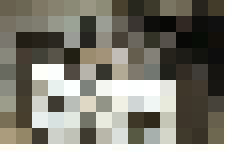 Source: Mitsubishi
iMEV motors are constructed using an in-wheel motor rotor, an in-wheel motor stator, a rotor bracket, stator bracket and inverter directly behind the brakes. In France, Michelin has even incorporated suspension into an in-wheel motor system. However, volume sales have yet to be achieved but it appeared in the Peugeot BB1. Impressively, the DLR German Aerospace Center is developing in-wheel and near-wheel motors for both airliner nosewheels, for taxiing, and for on road vehicles such as cars and vans, some powered by fuel cells.
Locating the motor in or behind the wheel offers many advantages including:
They are coming back for some cars and other forms of land vehicle because electric motors and vehicle suspension have hugely improved and the original benefits hold good today. So called Electric Corner Modules (ECM) put the drive electrics in or near the wheel. An ECM can be any combination of tire, wheel, brake, steering, suspension, electric motor and/or cooling system.
Today, the benefits of ECMs include, or promise to include, better control by "torque vectoring", more space, and less weight, faster acceleration and better fuel economy. However, one analyst put the global market size for ECMs at only one million units by 2020 -meaning that they will be fitted on less than 10% of on-road vehicles made in that year. Design flexibility, weight reduction and fuel savings are the main catalysts implementing ECMs, so why the slow adoption?

At the recent event Future of Electric Vehicles USA 2010 in San Jose, California, Professor Pietro Perlo of Fiat Research Centre in Italy counselled that wheel locking during motor failure is still a concern.
There is certainly further work to be done in this hostile in-wheel environment where components suffer up to 20g vs less than 5g when inboard. By-wire technologies are required to implement in-wheel motors on all four wheels and most OEMs' preference for centralised motors over in-wheel motors poses a major challenge to the implementation of ECMs. Steer-by-wire, brake-by-wire and suspension-by-wire pose challenges due to high voltage requirements and added complication.
Nevertheless, with the electric motors being integrated within the wheels, there is no additional drive force required to drive the vehicle. Thus, it can eliminate the need for conventional engine, transmission, differential and other power train components. The removal of power train components will not only create extra space but will also reduce the overall curb weight of the vehicle and further increase the fuel savings.

In-wheel motors are of great interest in the increasingly popular series hybrid power trains in buses down to cars as well as in pure electric vehicles.
In addition, Protean Electric has developed technology that allows its motors to be deployed on the non-driven wheels of existing light commercial vehicles to provide a fully-electric mode of operation in a parallel hybrid configuration. Two of Protean's in-wheel motors provide the necessary power to drive the vehicle throughout a standard urban drive-cycle with the IC engine switched off, allowing simple hybridization and zero in-city emissions. It is working with undisclosed commercial vehicle manufacturers to incorporate this capability in their models.
Of course, in wheel/behind wheel motors can be put on two drive wheels or four, this being the plan for the Aston Martin sized GT of Lightning Ltd in the UK, a pure EV supercar. However, because of technical challenges, the first production will have an inboard motor.
The Department of Defense backed Automotive Research Center in the USA supports in-wheel motors for four wheel drive, its M-ATV (Mine resistant ambush protected - All Terrain Vehicle) being an example of this. Manufacturers are still competing for this project but the configuration of high interest is a series hybrid with in-hub motors because of its
However, ARC sees a challenge in the multiple energy conversions in the system. It is shown below.
Mine resistant ambush protected - All Terrain Vehicle MATV 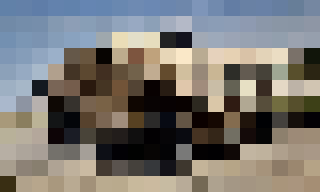 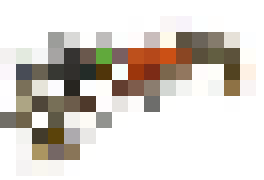 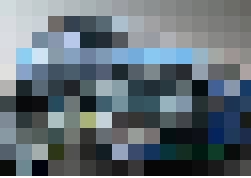 The new Artega GT manufactured by Artega Automobil GmbH is being used as a test bed for a new type of in wheel motor as shown below.
Fraunhofer in-wheel motor on an Artega GT 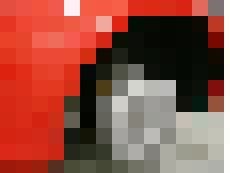 Source: Fraunhofer IFAM
This integrates all essential electric and electronic components, notably the power electronics and electronic control systems, into the installation space of the motor. No external electronics are necessary, the number and scope of the feed lines can be minimized and there is a marked increase in power compared to the wheel hub motors currently available on the market.
An innovative security and redundancy concept guarantees drive safety even if the system breaks down says Professor Matthias Busse, head of the Fraunhofer Institute for Manufacturing Engineering and Applied Materials Research IFAM.

Nano-Optonics Energy Inc of Japan will produce electric vehicles with in-wheel motors in 2011. It plans to produce around 1,000 vehicles in the first year. Nano-Optonics has a stake in SIM-Drive Corp., a venture with Japanese trading house Marubeni Corp. and others to sell technology needed to build electric cars. Working with 34 different Japanese companies including Mitsubishi Motors and Isuzu, and municipalities, it will develop and mass-produce an electric car based on the SIM-Drive technology.
It will travel 300km on a single charge - about double what current electric cars can get and employ four motors, one for each wheel. The price of final electric car should be "on the same level as gasoline-powered cars." SIM-Drive said that its technology, developed by Keio University Professor Hiroshi Shimizu, may be used to produce 100,000 battery-electric vehicles with a partner by the year 2013. SIM Drive Corp. is licensing its new in-wheel drive systems to vehicle manufacturers, seeing uses even in eight wheels of a bus or truck.
SIM Drive in wheel traction 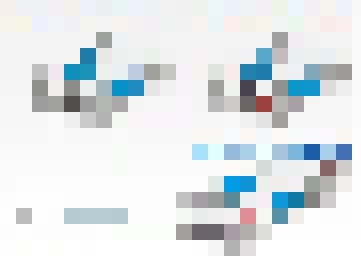 Source: SIM Drive
It therefore seems likely that, beyond bicycles, more than 10% of on-road electric vehicles produced in 2020 may have in-wheel motors and many off road vehicles as well.
This year, IDTechEx is bringing its Electric Vehicle event to Germany. Being held on 28-29 June in Stuttgart, Electric Vehicles: Land, Sea, Air Europe 2011 covers all EVs and their components. Covering aall EVs on-road, off-road, on-water, underwater & aircraft dirigibles; AUVs, UAVs Unmanned/Manned, this event is not just for car people. Hear from a range of speakers including Mitsubishi, Dow Chemicals, Levant Power, and more. Visit www.IDTechEx.com/evEurope for full details or to register.
Electric Vehicles - Land Sea Air Europe 2011
which has now been renamed from Future of Electric Vehicles to reflect its unique covering of the whole subject.