News from EV Japan in Tokyo

EV Japan is proceeding here in Tokyo with about 89 EV Japan stands in a massive set of co-located exhibitions of about 600 stands in all from lighting to home solar and mainly electronic and electric materials, components and systems. There are quite a few electric cars on display including the plug- in Prius, Tesla, Volt and many less known models and concepts. The one below promoted TORAY products. 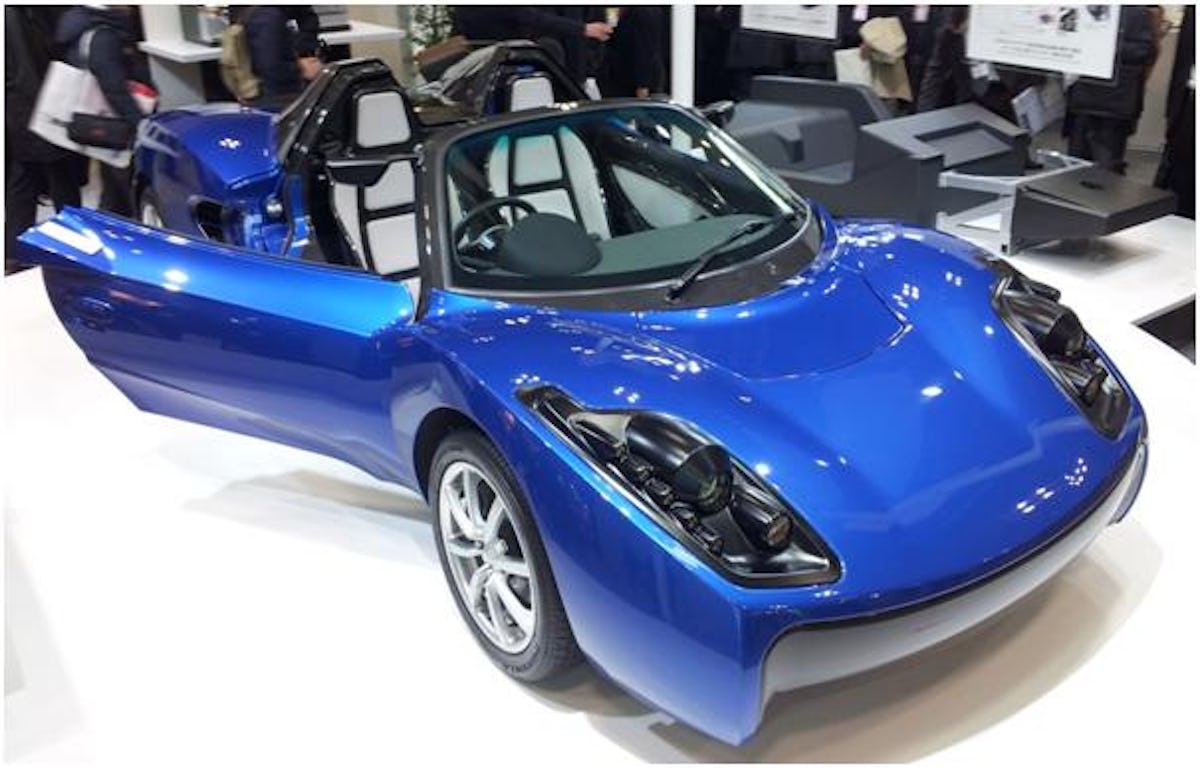 The microtruck shown below is unusual in having in-wheel motors 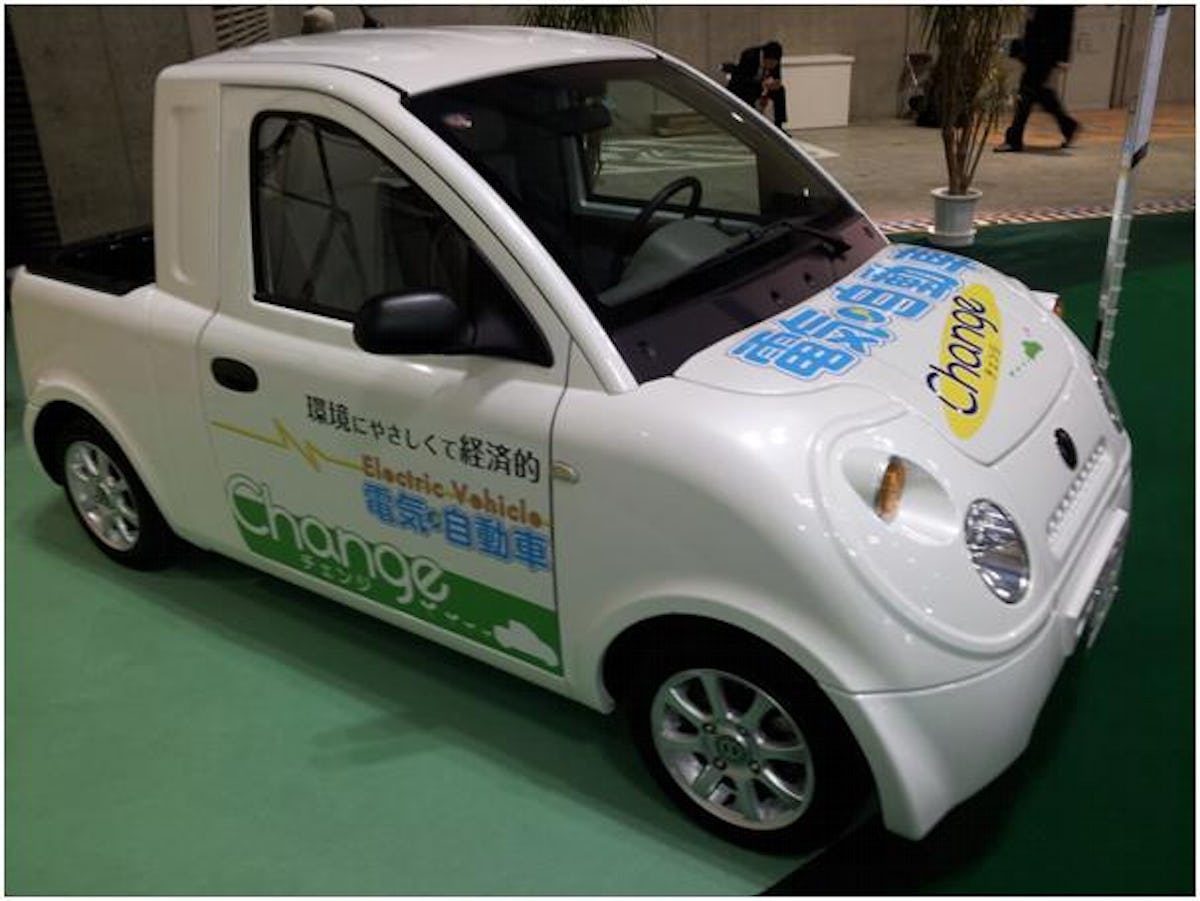 A common theme in the exhibition and the conference is the race to replace rare metals in the magnets of EV motors. About 30% of the vehicles on display have motors with no magnets, all of these being asynchronous. The car below has an asynchronous motor and they are even on the odd two wheeler. 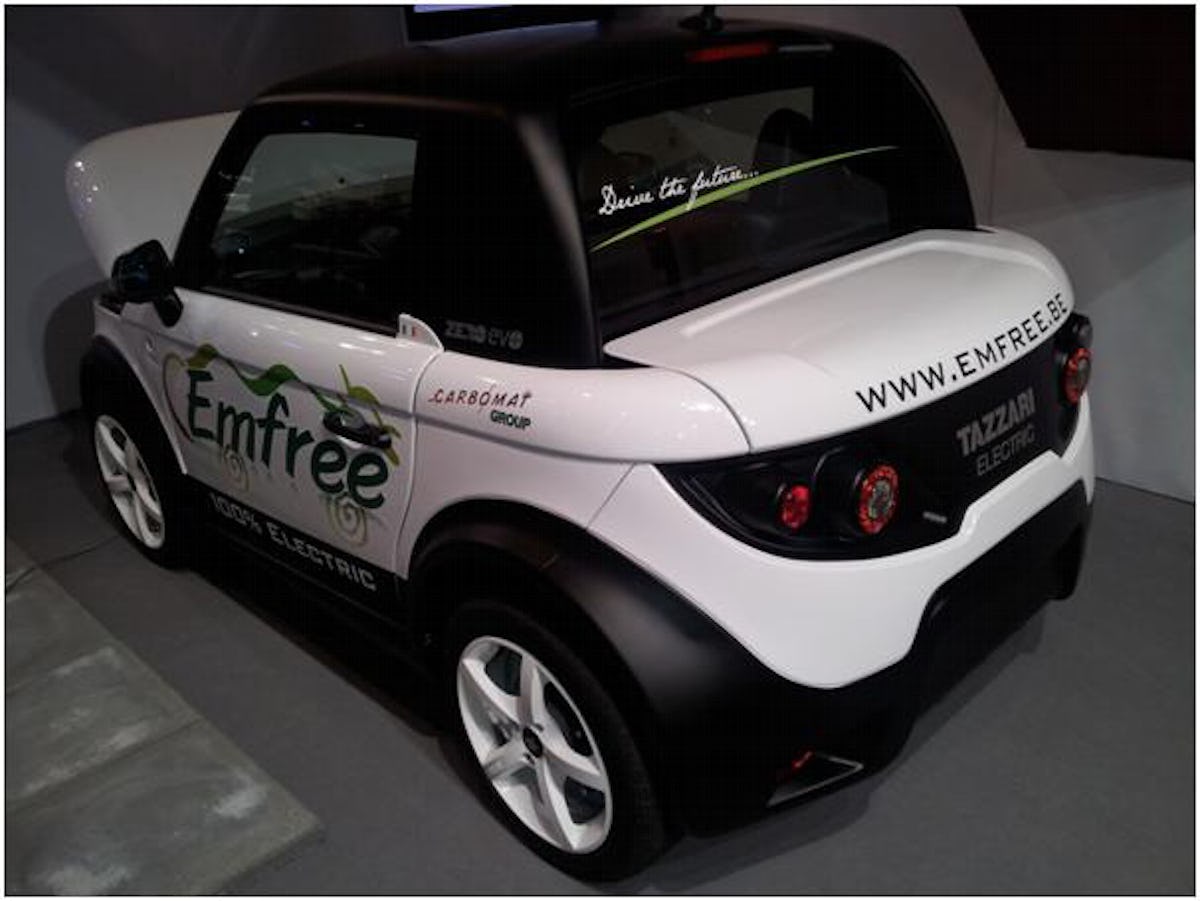 On the other hand, the Nidec exhibition stand showed a synchronous switched reluctance traction motor for EVs for which "orders will be announced soon". These are promoted as low cost options thanks to the absence of magnets and very simple construction. Nidec is a large company that bought the Emerson Electric Motor Division and on this evidence, it was a shrewd buy. Similar motors are fitted by Continental to the Renault Fluence and Nidec subsidiary SR Motors trials them on buses but we cannot spot Continental here.
A bus with a large solar roof is shown below. 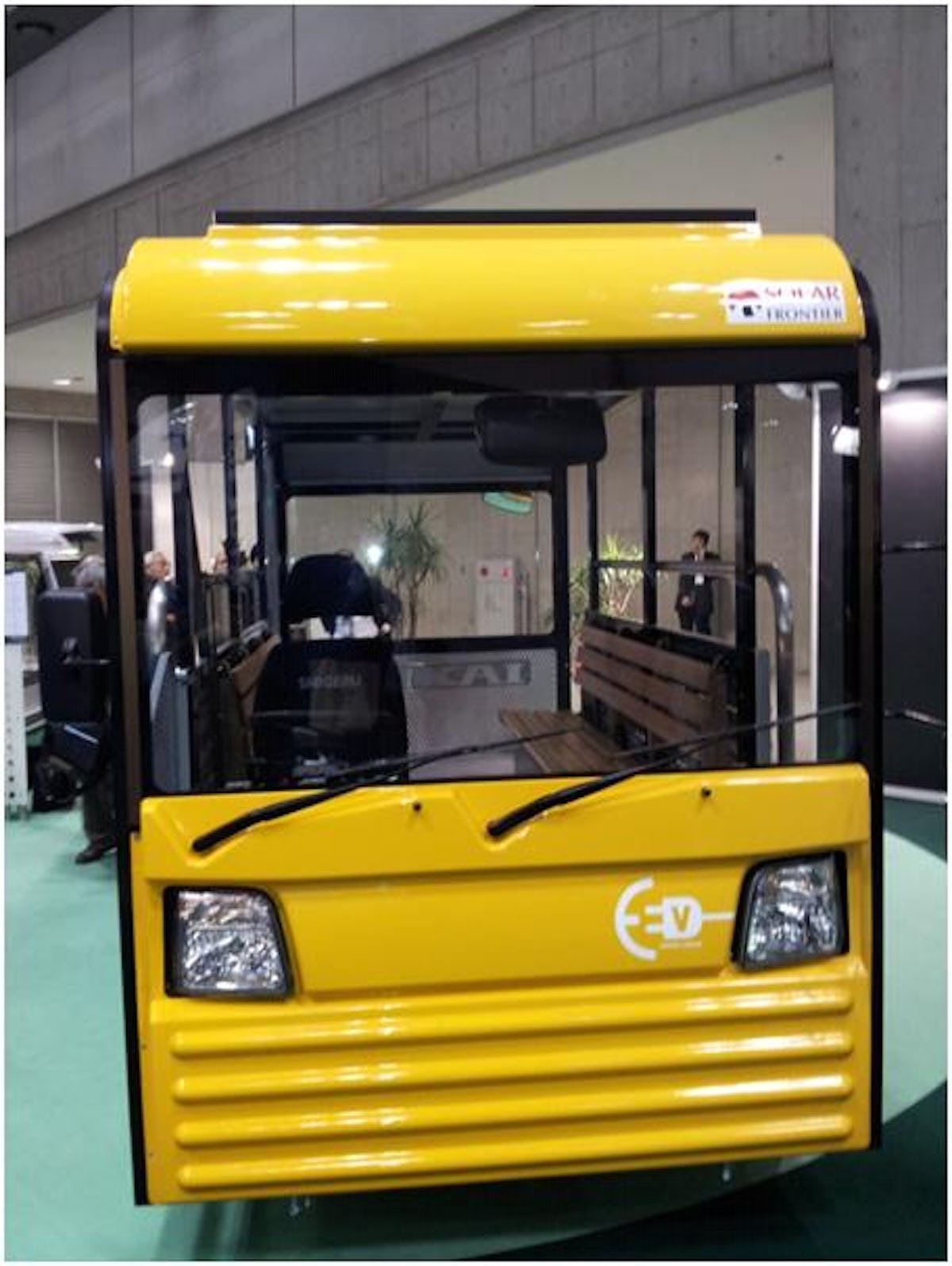 The conference has been very illuminating so far, with some consensus on a number of aspects where there was none before.
For more attend Electric Vehicles Land Sea Air USA 2012,where Phoenix International - A John Deere Company (leader in agricultural vehicles), BMW (cars etc), Mitsubishi Motors (small commercial vehicles and cars), Daimler AG (commercial and military vehicles and cars) and Toyota (leader in electric forklifts, cars, buses) will present. Uniquely, a large number of electric vehicle manufacturers not seen in conventional EV events will present including WheelTug airliner electrification on the ground, Pipistrel manned electric aircraft, University of Michigan unmanned solar aircraft, SolTrac electric farm tractors, Monterey Bay Aquarium Research Institute Autonomous Underwater Vehicles AUVs. Many manufacturers of industrial, commercial, military, e-bike, cars and other EVs will be there. At last you can meet those responsible for the majority of the hybrid and pure electric vehicle market and they all need components!! Most are prosperous growing businesses not reliant on government support that can be withdrawn at any time.
Also read Electric Vehicles 2012-2022 and Electric Motors for Electric Vehicles 2012-2022 .