Why Toyota has pulled ahead in e-mobility

In this article, we share some of the research carried out for the new IDTechEx report, Electric Vehicle Industry Profitability 2012 - Where, Why, What Next - vehicles & components, hybrid & pure electric, land, water, air, winning strategies, forecasts.
The leaders in e-mobility participate in most of the major sectors of the market, not just cars. They include Toyota, Nissan, Mitsubishi and Hyundai in industrial electric vehicles, both hybrid and pure electric. Indeed, a massive 33% of Toyota's $235 billion of gross sales in the fiscal year 2011 was in material handling vehicles where it is world leader. All the indoor ones are electric and now the outdoor forklifts and the like are rapidly becoming hybrid electric to improve performance and fuel economy.
Ex factory value of EVs, in billions of US dollars, sold globally, 2012-2022, by applicational sector, rounded 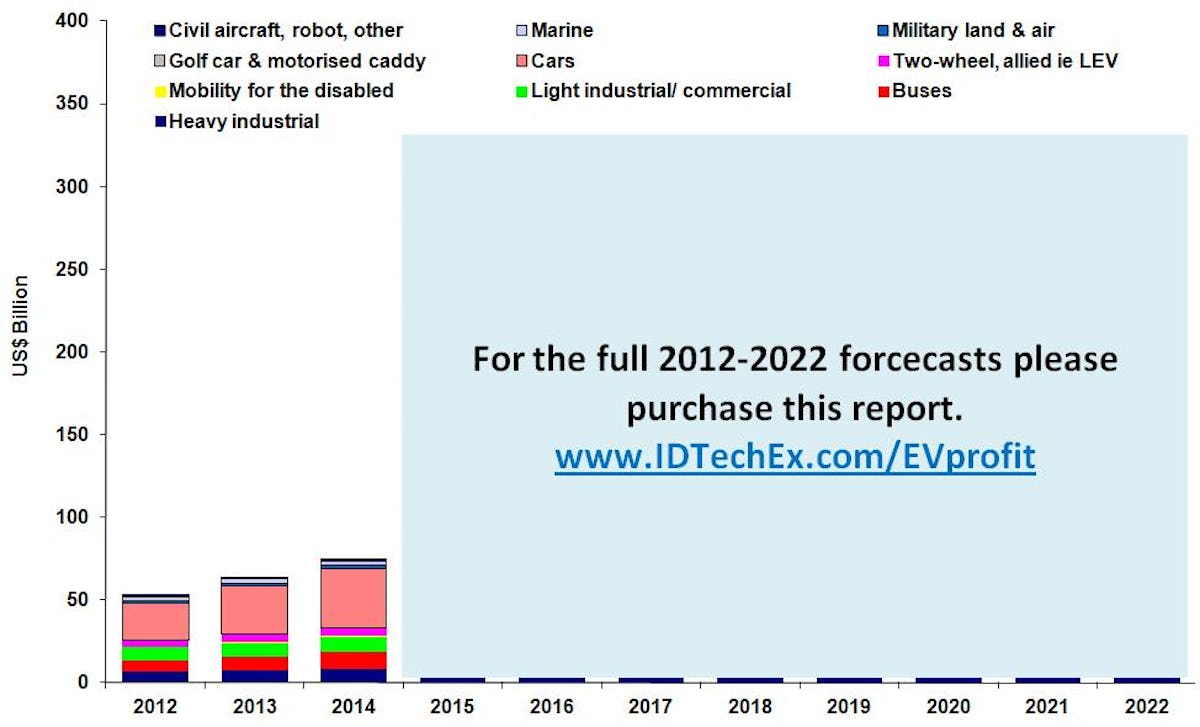