Bladon Jets is leaving 2012 with a modified and improved device as it is developed to perform satisfactorily. It is still intended to be an electricity source in rural India and an electric vehicle range extender, with investor Tata seeing it in the Tata Jaguar electric supercar in due course, though a Williams racing engine will be used initially in this vehicle.
Latest Bladon Jets design 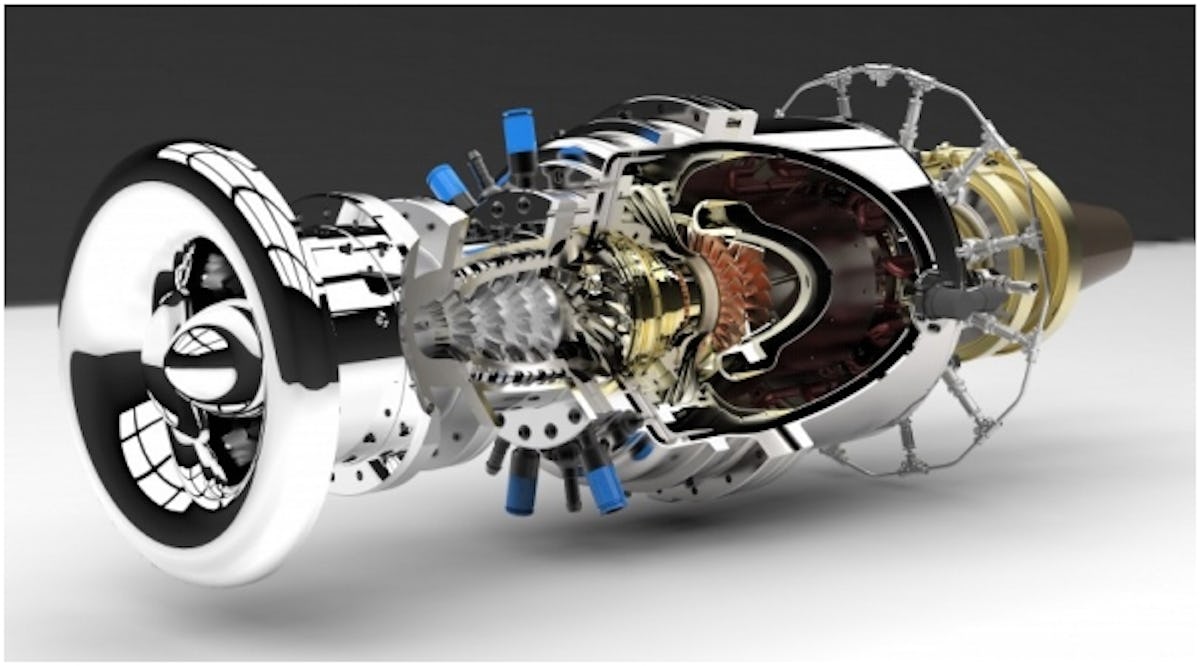 Source Bladon Jets
Micro gas turbines can produce 20 times as much power for a given weight as a conventional piston engine, says Paul Barrett of Bladon Jets, based in Coventry, UK. The company has been working closely with car-maker Jaguar Land Rover to develop gas turbines just 30 centimetres across for hybrid cars, which it calculates could reduce the weight of the vehicles by 15 per cent. This would reduce carbon dioxide emissions by around 10 per cent, says Barrett. 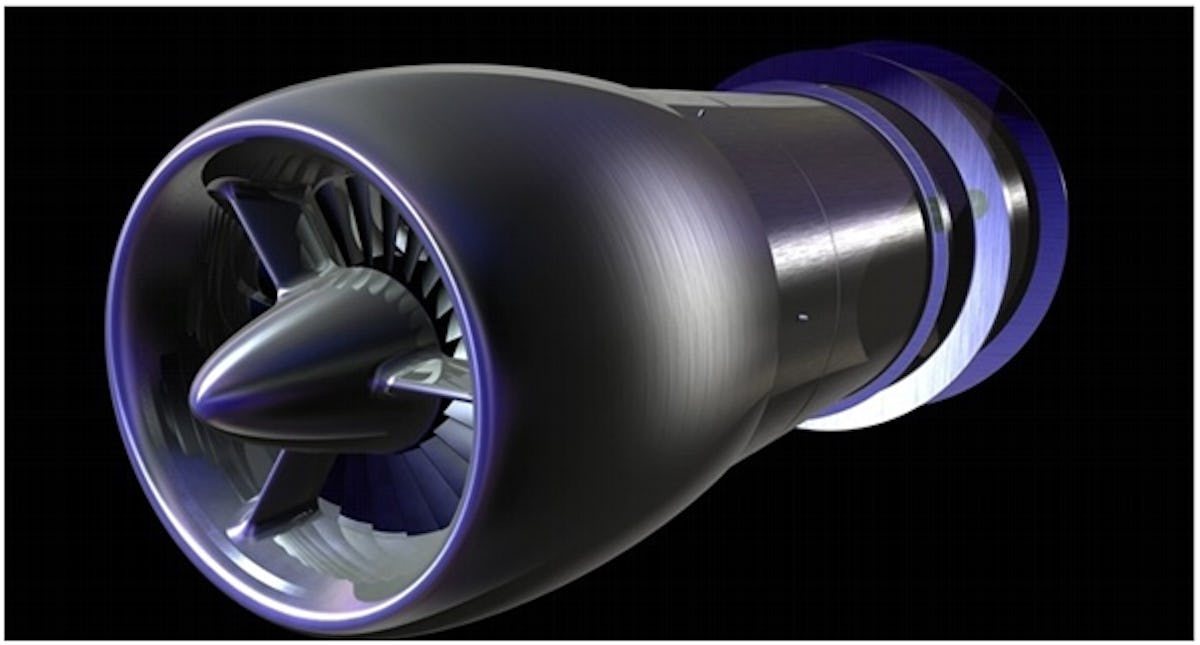 The plan is still that Bladon's turbine would turn a generator to produce electricity to charge the batteries, says Barrett: "All of the drive to the wheels is done with the electric motors."
Since the turbine is not being used to drive the wheels it can be run at a constant high speed - at peak fuel efficiency - until it has generated enough electricity to recharge the batteries. It can then be switched off. 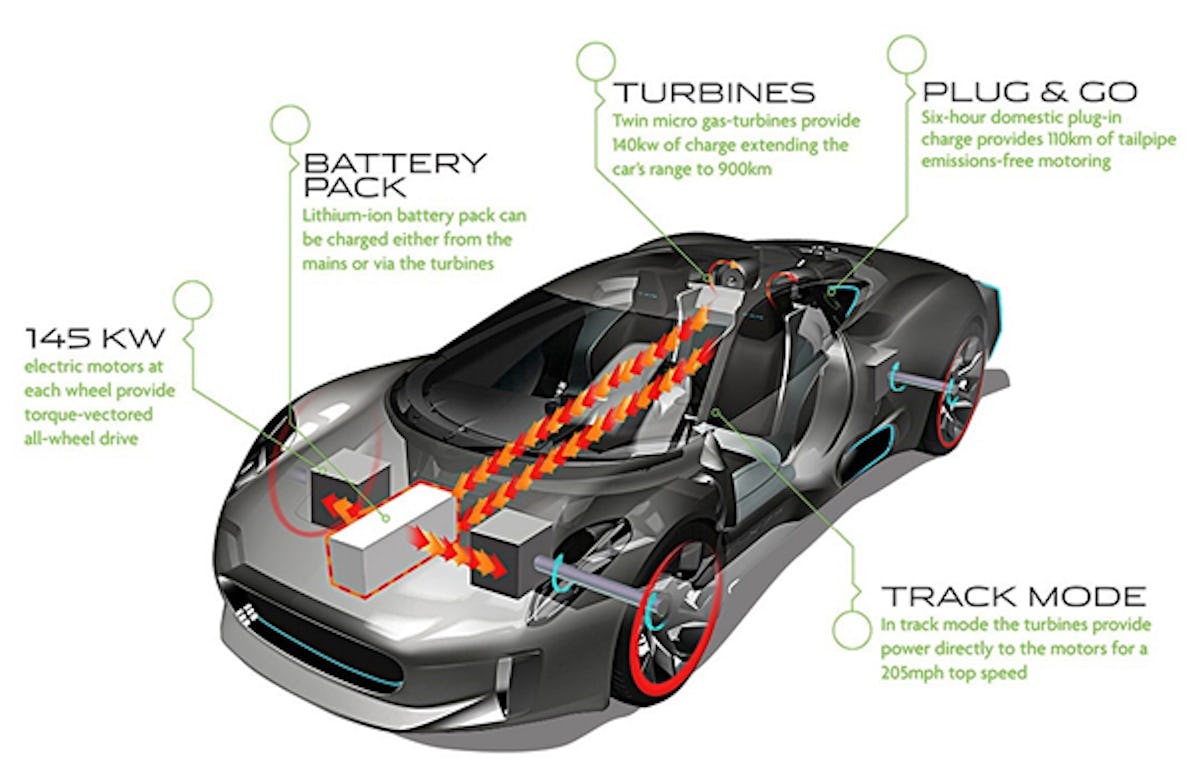 He reiterated that gas turbines can run on a range of fuels, including diesel, biodiesel, and compressed natural gas. When set up correctly, they also reduce emissions. "If your turbine is designed properly the combustion will be complete." 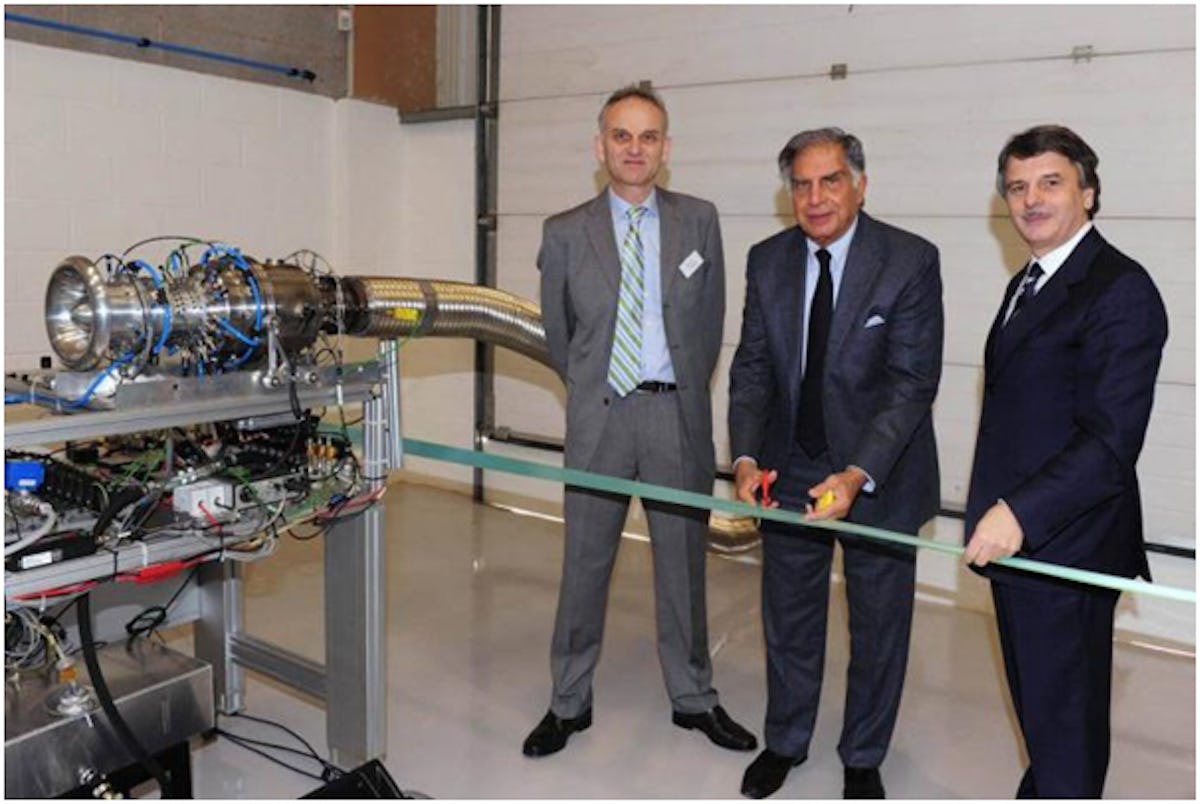 Source Bladon Jets
Bladon jets, with minority Indian investment, is working with another UK company SR Drives which is successfully commercialising switched reluctance traction motors for electric vehicles, one of the few companies to be doing so, and then only recently now that the severely non-linear behaviour and the fine machining are under control. Such traction motors have the lowest cost point for the hardware and are part of the trend from hardware to electronics and electrics in electric vehicles whether by land, sea or air, with the electronics increasingly becoming integral and lower in cost. SR Drives is now owned by Nidec of Japan. For many years, UK innovators have been a happy hunting ground for East Asian acquirors and the relationships are usually excellent.
For more read Range Extenders for Electric Vehicles 2012-2022, Electric Motors for Electric Vehicles 2012-2022 and Inverters for Electric Vehicles 2013-2023.

The idea of a turbine in a series hybrid electric car seems to make sense. It's apparently difficult to make efficient multistage micro turbines. Bladon seems to be the only company making a 5 stage micro turbine. These turbines would be good for residential combined heat and power using natural gas.