Meidensha Corporation, with its 40 subsidiaries employing 7,145 people, had gross sales value of ¥181,107 million as of March 31, 2012, this being about $1.8 billion. It is involved in social infrastructure systems, industrial systems, engineering systems and real estate. Within this, the power management and associated electric railways business is leveraging expansion into state of the art power component manufacture, notably supercapacitors targeted for energy density greater than that of lead acid and NiCd batteries but with much longer life, greater reliability and much greater power density together with wider temperature range. That involves innovation throughout - the electrolyte, active electrodes and current collectors, resulting in better range and faster charging and regenerative braking of EVs. With Sojitz, Meidensha recently landed what may have been the world's largest order for supercapacitor banks, this being for energy harvesting and reuse from train braking in Hong Kong.
Other work involves supercabatteries. Related to this is a move into electric vehicle and green energy power management - breadth and depth. For example, within its formidable R&D program is a Power Conditioning Subsystem PCS with self-diagnostics and automated responses to changes in inputs such as photovoltaics and wind turbines to power storage, such as supercapacitor banks, and changes in demand as when charging electric vehicles. It can cope with multi-site green energy inputs. It is exceptionally compact and charging loads will typically involve such things as electric motors and lighting. 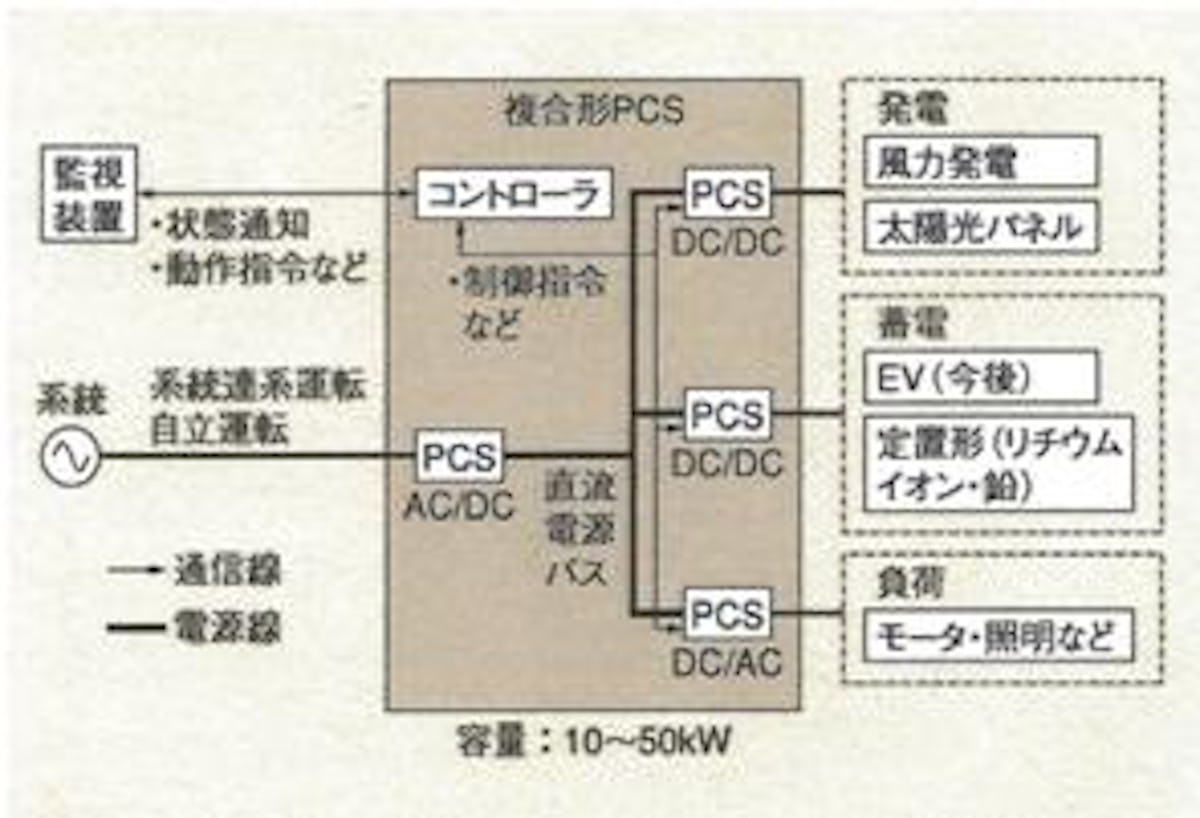 Source Meidensha
This information comes from translation of Japanese text at www.meidensha.co.jp