This excellent event "7th Electric Aircraft Symposium" in Santa Rosa, USA was acclaimed as the best ever in the series. Over 150 people attended, an eclectic mix from NASA and Siemens to hobbyists, universities and technology startups were there. 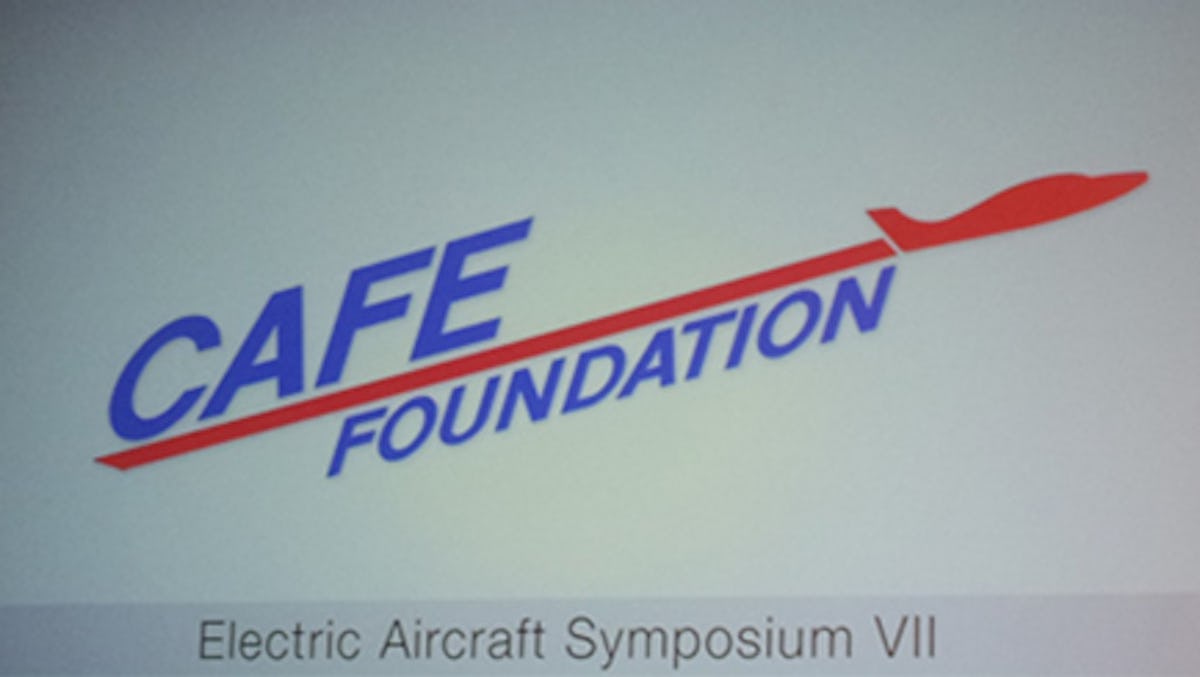 VTOL, hybrids and energy harvesting come center stage
From the opening remarks of Dr. Brien Seeley, President, CAFE Foundation through the early presentations, it quickly became clear that leisure aviation is in decline as it becomes less affordable. Figures of around 40% decline in a few years were quoted during the event. It was revealed that electric aircraft are significant in being green and quiet but governments and regulators are doing little to support that. Indeed a major impediment in the USA is the battery not being considered by regulators as fuel in the weight. More important, the event clarified that electric aircraft are a way of reinvigorating leisure aircraft with lower cost versions than any available today, conventional or electric, and a way of solving road congestion with such things as air taxis and personal aircraft.
Many ideas and projects for affordable electric Vertical Takeoff and Landing VTOL were presented during the event as we move on from the quick win of motorising a sailplane or microlight. Hybrids, matching or exceeding the range and duration of conventional small aircraft, manned and unmanned, are now coming center stage after the limited-performance, easier pure electric aircraft that came first. The newly popular energy harvesting is currently most common with propellers reversing during soar and descent. Commercially, photovoltaics is seen on storage pods and hangers but rarely viable on production aircraft as yet, though amazing demonstrators are out there including the Solar Impulse from Germany and Switzerland that will hop completely round the world purely on sunshine.
Proposed affordable VTOLs 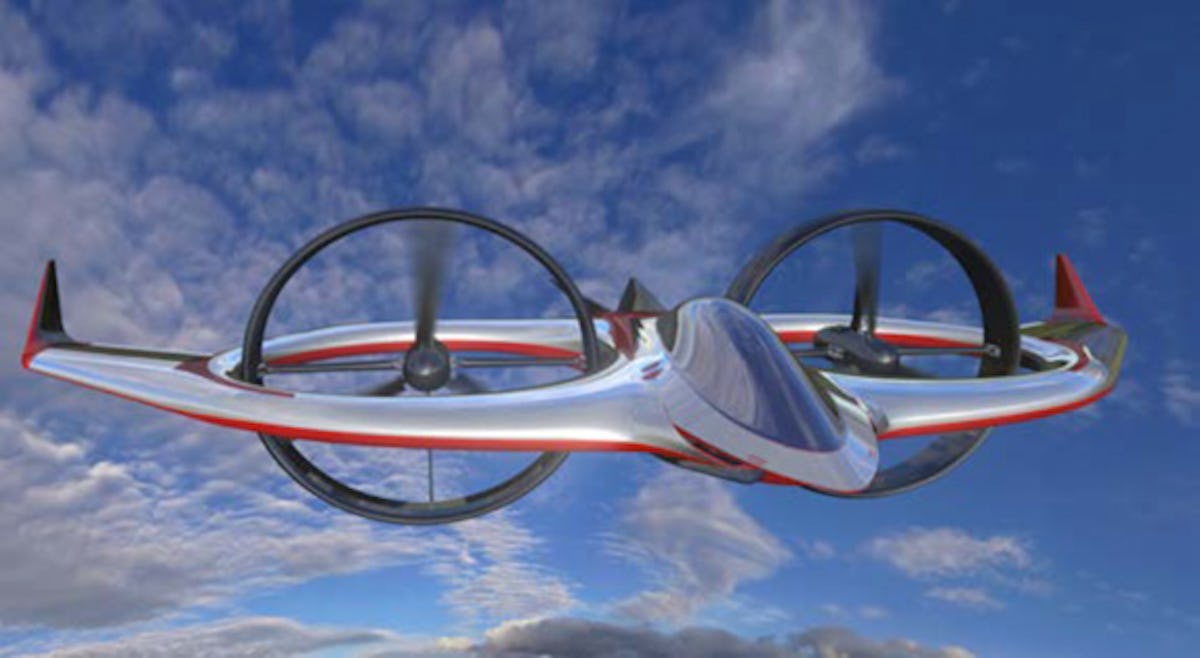 Alan Soule, CAFE Foundation, opened with "The Current State of Charging for Electric Vehicles" discussing land vehicle charging, a good reminder that electric vehicles land, water and air are one subject. He thinks that fast charging is a game changer but standards for such things as couplers are a shambles.
Chip Yates, FlightoftheCentury.com dazzled with "The Challenge of High Speed Flight", his canard design having won the world speed record for a pure electric plane. Earlier, he had achieved the world speed record for a pure electric motorcycle.
Flight of the Century pure electric plane 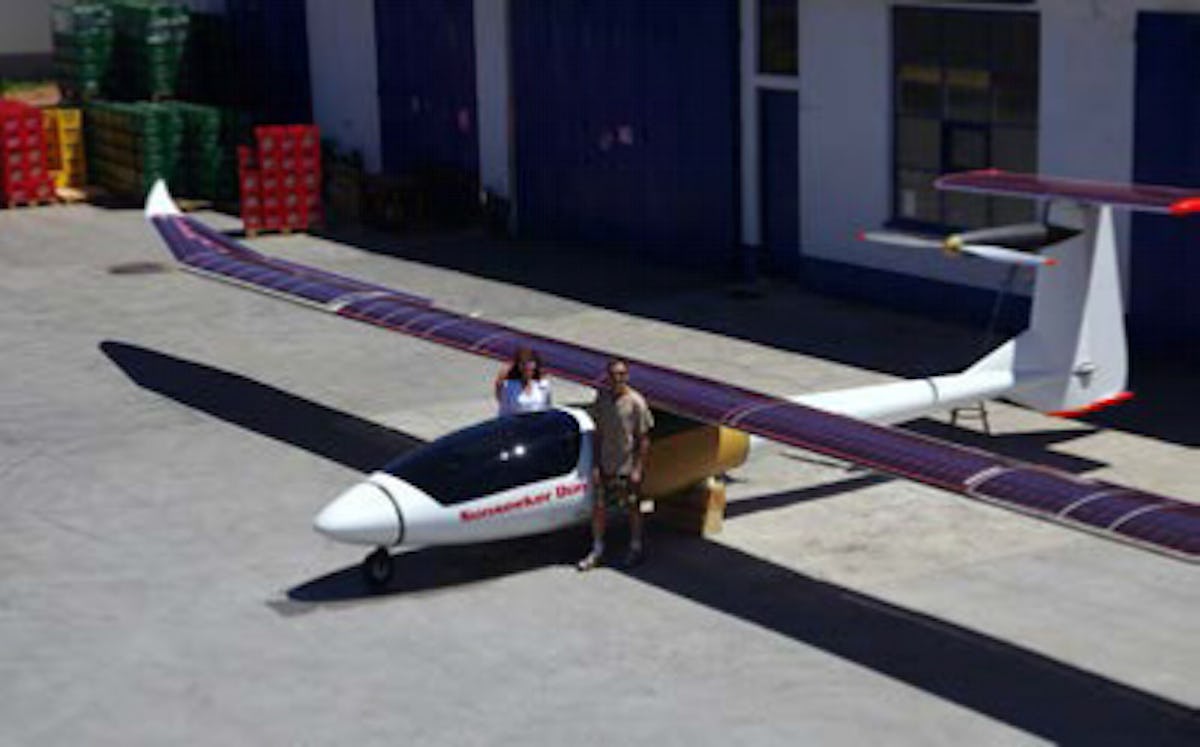 Source Sunseeker Duo
Dr. Gecheng Zha, University of Miami, gained intense attention from the audience with "Ultra-high Lift Without Flaps", this microjetting system being appropriate for helicopter rotors and deicing as well.
Adam Bry of MIT showed how his "Fully Autonomous, GPS-deprived Electric Aircraft" can navigate at high speed in buildings, Autonomous Unmanned Aircraft AUV now greatly exceeding the performance of a remote aircraft operator. Surveillance is the application and similar aircraft were presented later in the event as well.
Dennis Bushnell, Chief Scientist, NASA, gave a machine gun presentation on "Frontiers of "Exotic" Energetics, including Storage" covering about 100 ideas. Biological and nuclear/ particle science options drowned out the brief mention of advanced supercapacitors and batteries. He sees energy rich aircraft design being feasible as some of these sources are tapped.
Carbon fiber gets easier
Steffen Geinitz, Fraunhofer ICT described "Low-Cost, Mass Production of Carbon Fiber Aircraft", his process of making both tape and 3D structures exciting the audience with elegant practicality.
Lithium-ion batteries need care
Thomas Cook and Christopher Cook, LithiumStart under "Battery Management Systems for Lithium Battery Packs" gave a number of sensible pointers to good practice and advising that acceptance test are not a full guarantee of quality. Purchasers must look at cell design, batch to batch variation and so on.
Disquiet about the Boeing Dreamliner
Various speakers expressed disquiet about Boeing's Dreamliner being allowed to fly again with still no knowledge of what caused the two fires in its lithium-ion batteries, though one had a wiring fault. At about one in 25, this is probably the highest percentage failure rate of lithium-ion batteries in any application in history, reported speaker Dr Peter Harrop of analysts IDTechEx. The bigger the battery, the more there is to go wrong but these are not particularly large batteries. It is nowhere near to being best practice.
There are two concerns. Firstly the cell design and charging needs further investigation: containment (the recently announced "solution") is not sufficient protection against the explosions and fires that can happen said Dr. Eric Darcy, NASA-JSC. He spoke on "Mitigating Catastrophic Failures with Li-ion Batteries" and gave excellent advice on how to mitigate the many explosions he had shown in videos. He showed many severe explosions resulting from heating, over charging and penetration. He speculated that there could possibly be a problem with cold charging at altitude - these and other things need further investigation. Secondly, according to Dr Peter Harrop the system design seems to be inadequate in reducing the consequences of fires and explosions since the Battery Management System BMS controlling battery safety was mounted over the burning cells so it was first to be destroyed and, for one battery, the pilots are mounted over that.
Way out energy sources
Dr. Winfried Wilcke, IBM Research Laboratory, presented "Advancing the Lithium-Air Battery for EVs" where 20 times today's energy density is in prospect but cycle life and other aspects are currently inadequate. The huge increase in range and cost of electric aircraft that may result was slated for about ten years from now if the problems are overcome.
Greg Cole, Windward Performance presented on "High-Tech Electric Sailplanes: Maximum Fun" Maher El-Kady, Kaner Lab, UCLA gave us "The Promise of Laser Scribed Graphene Super-Capacitors" their experiments revealing twistable, rollable and micro supercapacitors with energy densities about one hundredth of the theoretical potential of graphene. This is very much laboratory work at present.
Graphene 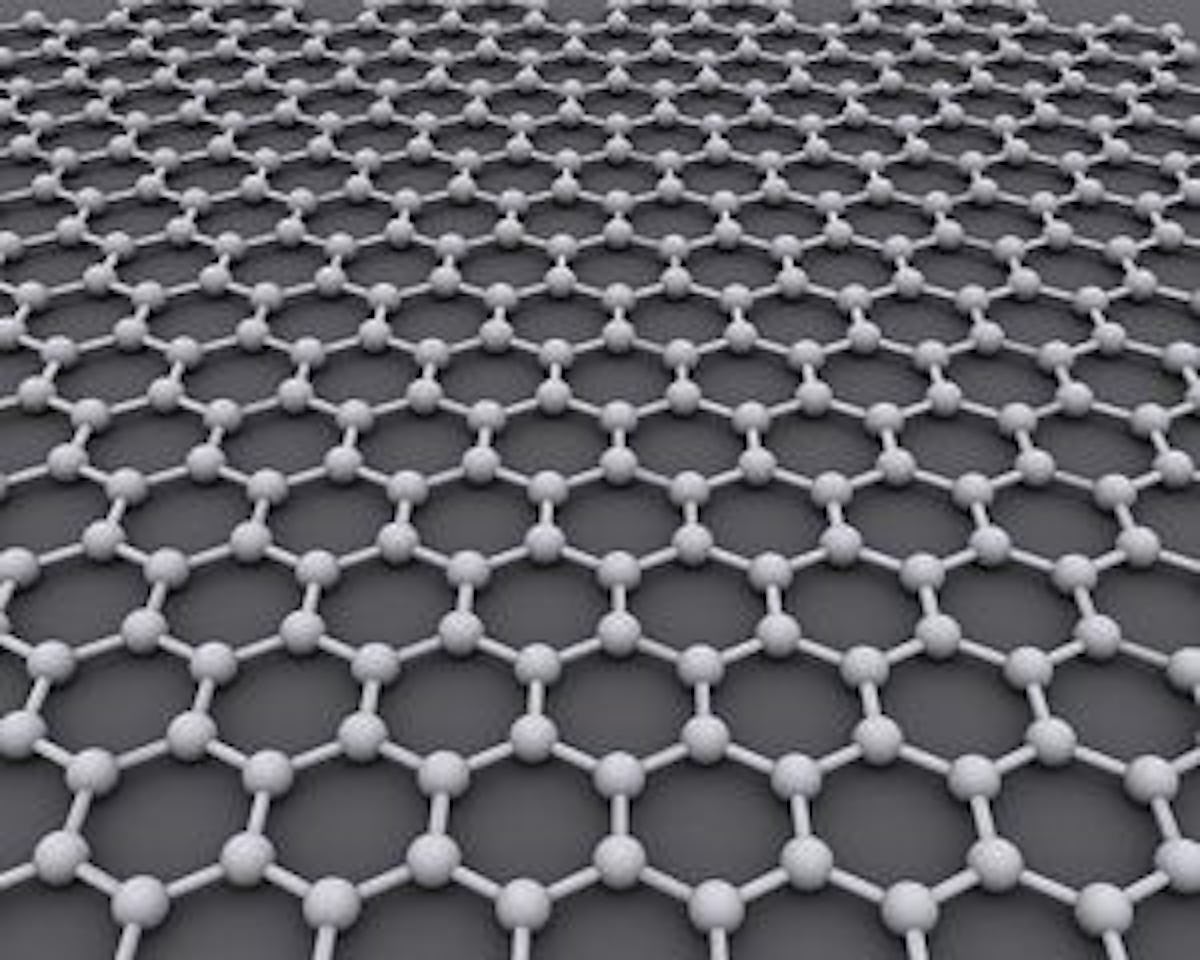 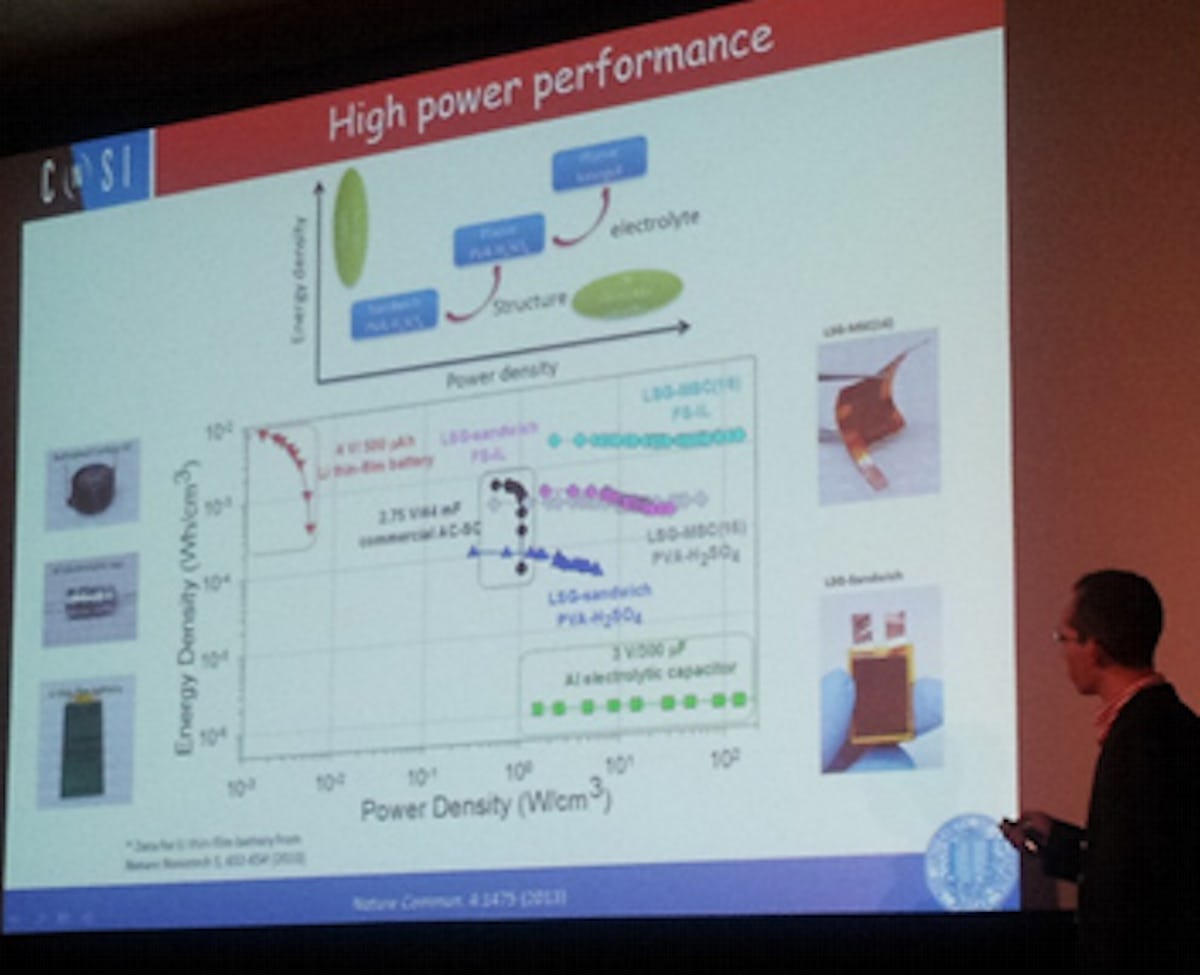 Source IDTechEx
Ionic liquids are receiving attention for supercapacitors because they can bring better temperature performance than the solute/ solvent approach and some can be non-flammable, non-volatile and assist in the production of high energy and powerdensity versions for example thanks to high ion density. The ionogel approach to this was presented, giving solid state and high voltage. 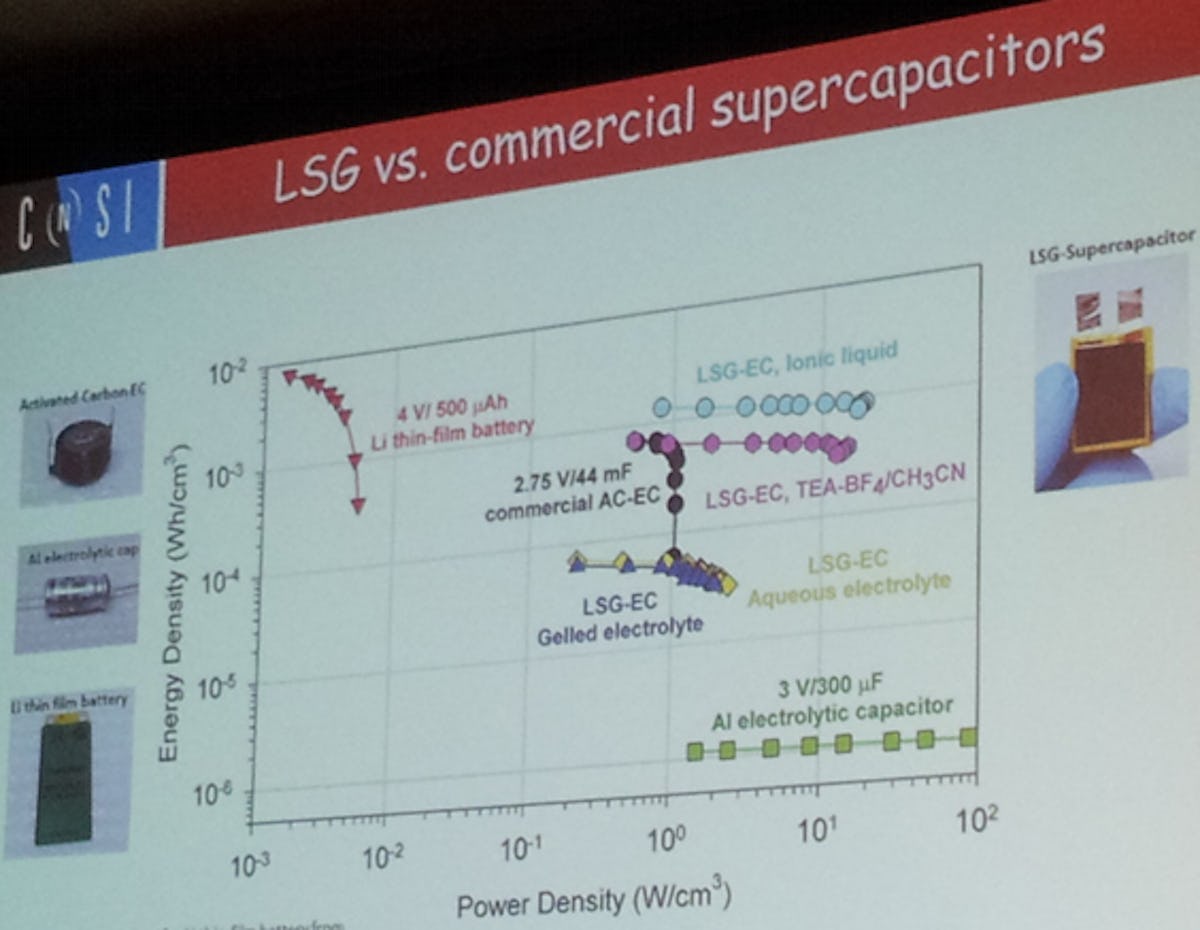 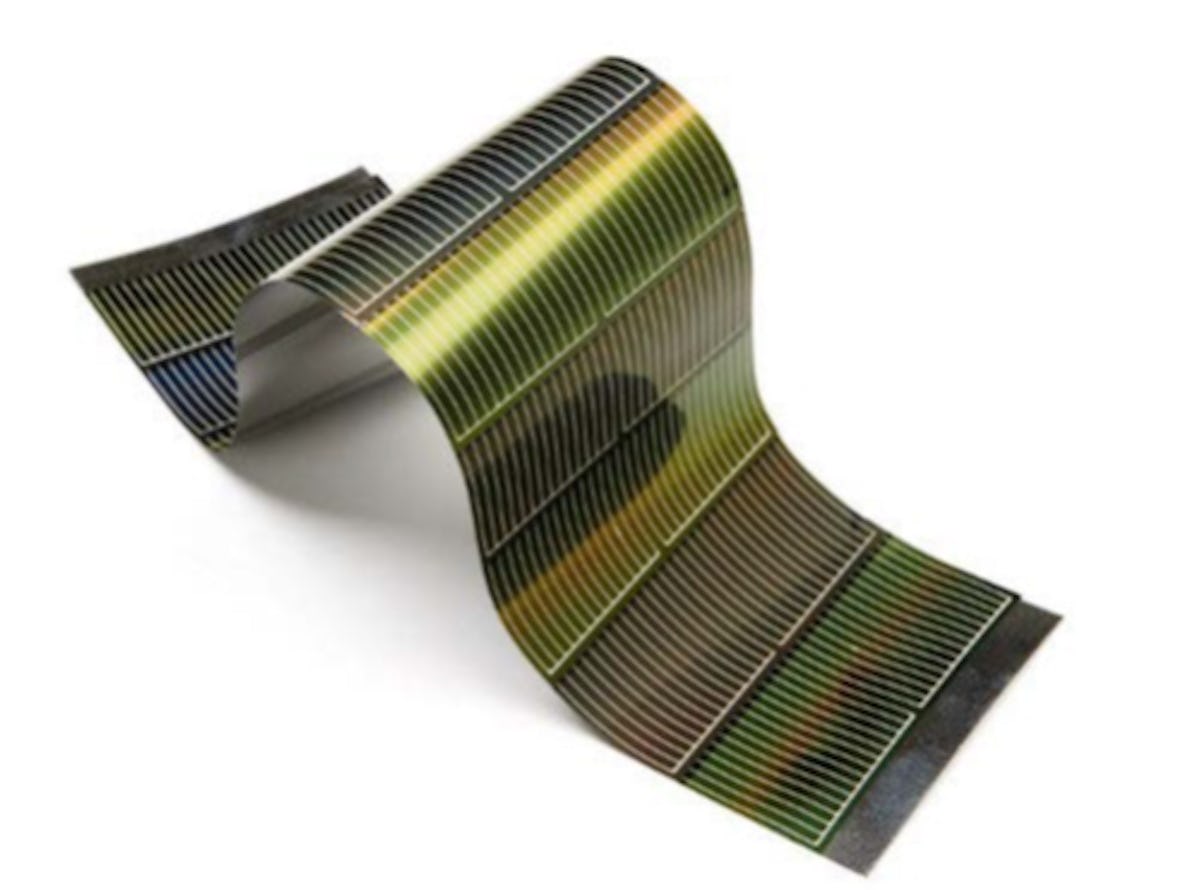