IDTechEx find industrial and commercial EVs are the winners

IDTechEx find industrial and commercial electric vehicles are the winners
By Dr Peter Harrop, Chairman, IDTechEx
As the electric vehicle EV industry grows more than five-fold to well over $300 billion in 2024, those e-vehicles not bought primarily on up-front price will continue to dominate. These are the large vehicles such as buses and military vehicles and the heavy lifting or pushing vehicles such as forklifts and earthmovers. The customers here are companies and government primarily concerned about Total Cost of Ownership (TCO) and performance. Less important are private individuals with their great concern about up-front price when they buy their smaller or lighter duty vehicles such as e-cars, e-boats and e-bikes.
Industrial and commercial is the largest sector
IDTechEx

forecast that over the next decade, the largest global EV value sector will be industrial and commercial for land, water and air - accounting for nearly 50% of the total hybrid and pure electric vehicle business. It is fully analysed in the IDTechEx report, Industrial and Commercial Hybrid & Pure Electric Vehicles 2013-2023: Forecasts, Opportunities, Players.
Personal electric cars, bikes, leisure boats, light aircraft and so on will be about 35% of the EV business to 2024. Military e-vehicles, land, water and airborne will be most of the remaining value market in 2024 and, as with industrial and commercial ones, they are not bought primarily on up-front price.
The total hybrid and pure electric vehicle market in 2024 (figures rounded) 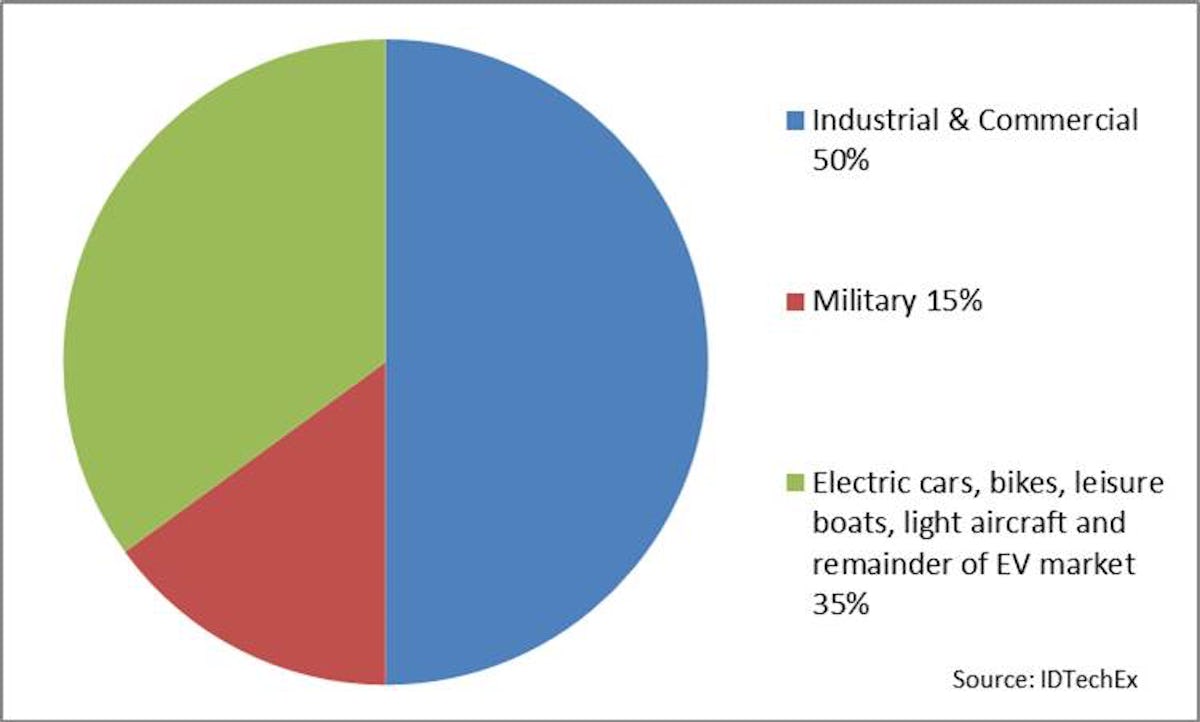