The new IDTechEx report, Industrial and Commercial Hybrid and Pure Electric Vehicles 2015-2025 forecasts in eleven categories because so much is now happening. Consider medium and heavy duty trucks over 3.5 tonnes. They are the largest polluter on roads in the USA, not cars. Numbers are large - over 3,356,000 units yearly across the world, at least half of which are urban back to base. Those on short runs are electric and the others are becoming hybrid. The hybrid and pure electric options come in a large variety of technological choices. There are many new entrants such as Wrightspeed in California with a gas turbine range extender and TEVA UK which is developing a series hybrid with JAC, the second largest China-based truck maker and largest truck exporter. JAC has annual production capacity >220,000 commercial vehicles and >150,000 engines. This truck is of more conventional design, using a piston engine but claimed to beat diesel on total cost of ownership without grants and tax breaks.
Planned TEVA hybrid truck and JAC production line. 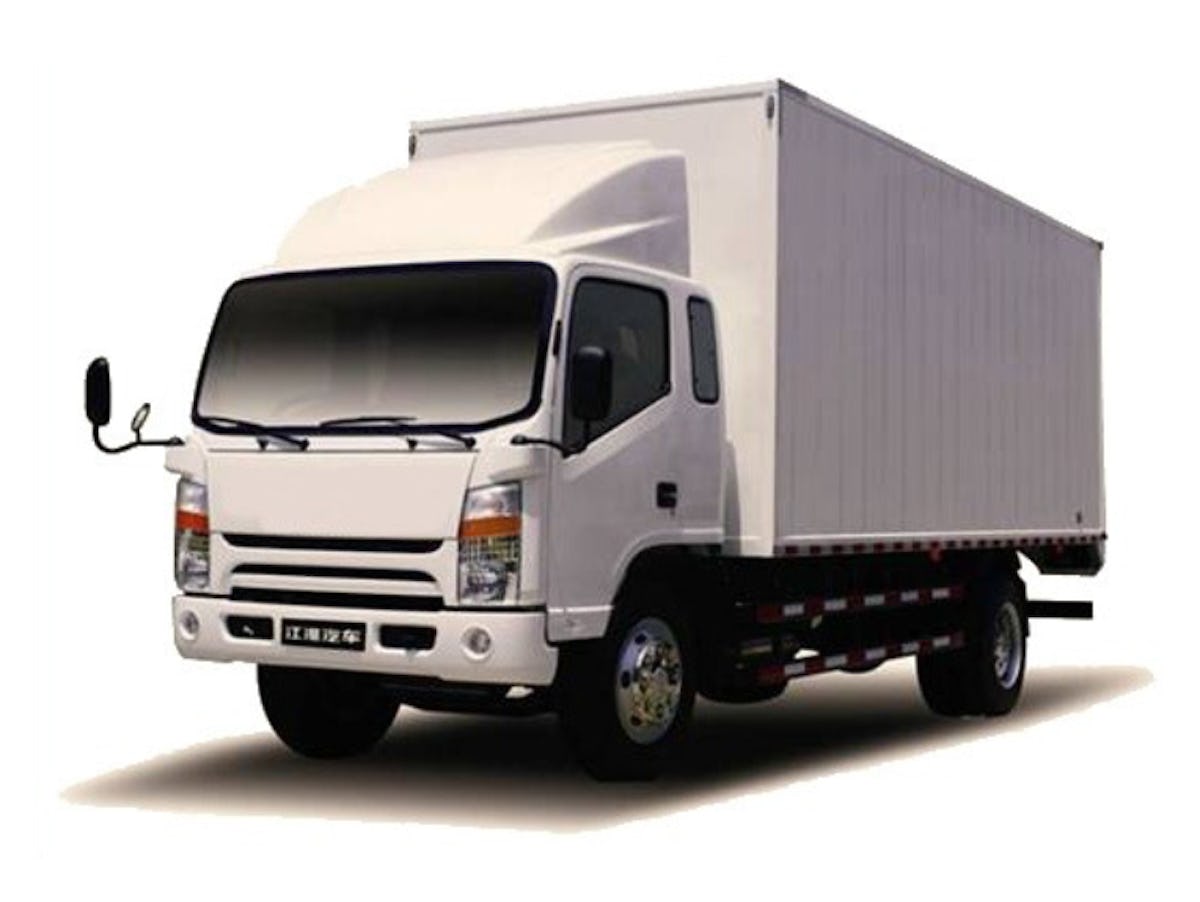 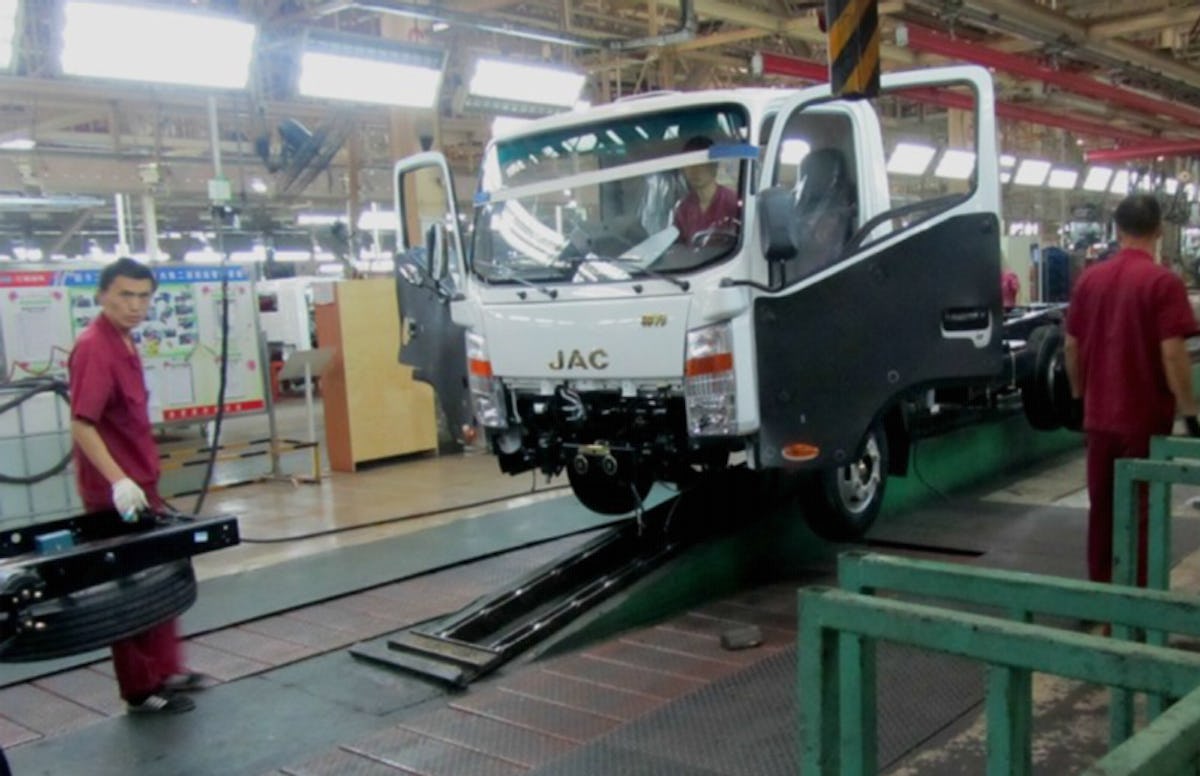 Source: JAC
On the other hand, EDI in the USA has developed a Class 4 Medium Duty Truck shown below that is powered by a combination of compressed natural gas and electric drive.
EDI CNG hybrid truck 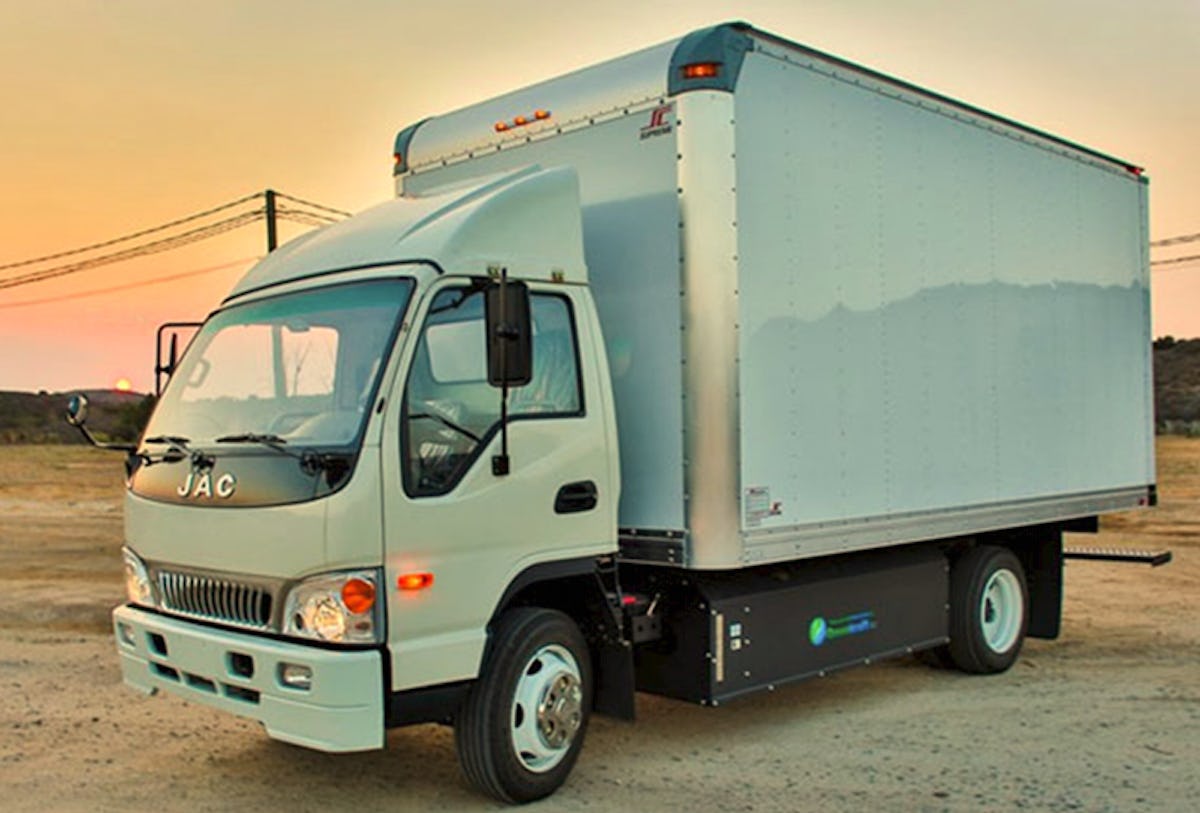 Source Multimedia Gallery
In late 2014, Efficient Drivetrains, Inc. (EDI), a global leader in advanced, high-efficiency plugin hybrid electric vehicle (PHEV) and continuously variable transmission (CVT) solutions, announced a partnership to develop this first-of-its-kind, Class-4 vehicle that combines the benefits of compressed natural gas (CNG) and PHEV technology.
In partnership with Greenkraft, CALSTART, and the California Energy Commission, the collaboration supports the rapid movement in California toward a zero emissions environment. The effort combines EDI's intelligent PHEV powertrain with Greenkraft's CNG-powered 14,500-pound, Class-4 medium-duty truck. EDI's solution can improve the fuel economy of a conventional CNG-powered medium-duty truck by more than 40%.
"EDI's CNG-PHEV is a first-of-its-kind innovation, and represents an entirely new market application for EDI's proprietary technology," said Joerg Ferchau, co-founder and CEO of EDI. "The CNG-PHEV delivers a market-disruptive vehicle that will help fleets switch from petroleum-based liquid fuels—gasoline and diesel—to domestically available, cleaner-burning natural gas and electricity. Technology possesses tremendous potential for commercial viability and can play an essential role in helping California meet its long-term carbon reduction and short-term zero-emissions goals."
In certain duty cycles with shorter daily mileage requirements or where periodic plug-in recharging is possible throughout the day, it may even be possible to completely eliminate the use of CNG, achieve 100-percent all-electric zero-emissions vehicle (ZEV) operations, and achieve an effective MPGe of 26.9—an improvement of 300 percent over the baseline CNG truck. Intention is to sell over 4000 by 2020 at a price excluding battery of about $65k.
EDI's announcement came simultaneously with a grant approval for the combined partnership by the California Energy Commission of funding from its Energy Research and Development Division. The unanimously approved $900,000 grant, supports the state directive to accelerate research and development of advanced natural gas engine-hybrid electric vehicles for light- and heavy-duty applications.
Efficient Drivetrains, Inc. (EDI) develops and markets a range of state-of-the-art proprietary drivetrain products and technologies that have direct application in PHEVs, HEVs, and BEVs worldwide. EDI's leading-edge hybrid-electric drivetrain systems and technologies provide significant cost and efficiency advantages for parallel and series hybrid drivetrain architectures across nearly all platform classes and configurations. In addition, EDI has developed a game-changing technology for new types of continuously variable transmissions (CVT) that are the most efficient and largest capacity transmissions of their type in the industry today. EDI is currently active in automotive projects throughout North America and the APAC region.
Top image: Virginia Asphalt