The SMMT Open Forum at Automechanika Birmingham UK on the 7th June 2016 opened with an SMMT view of the saturated UK car market, currently in a temporary up phase. Collapsed commercial vehicle manufacture in the UK is more than offset by booming car production powered by strong exports. The program then consisted of the CEO of Aston Martin reporting on its excellent progress towards profitability and a full range of luxury vehicles, a planned SUV being based on a Jaguar Land Rover JLR body. JLR then gave its overview. The very successful luxury vehicle maker is also grabbing the opportunity for many niche variants and investing a huge amount all on a growth curve. 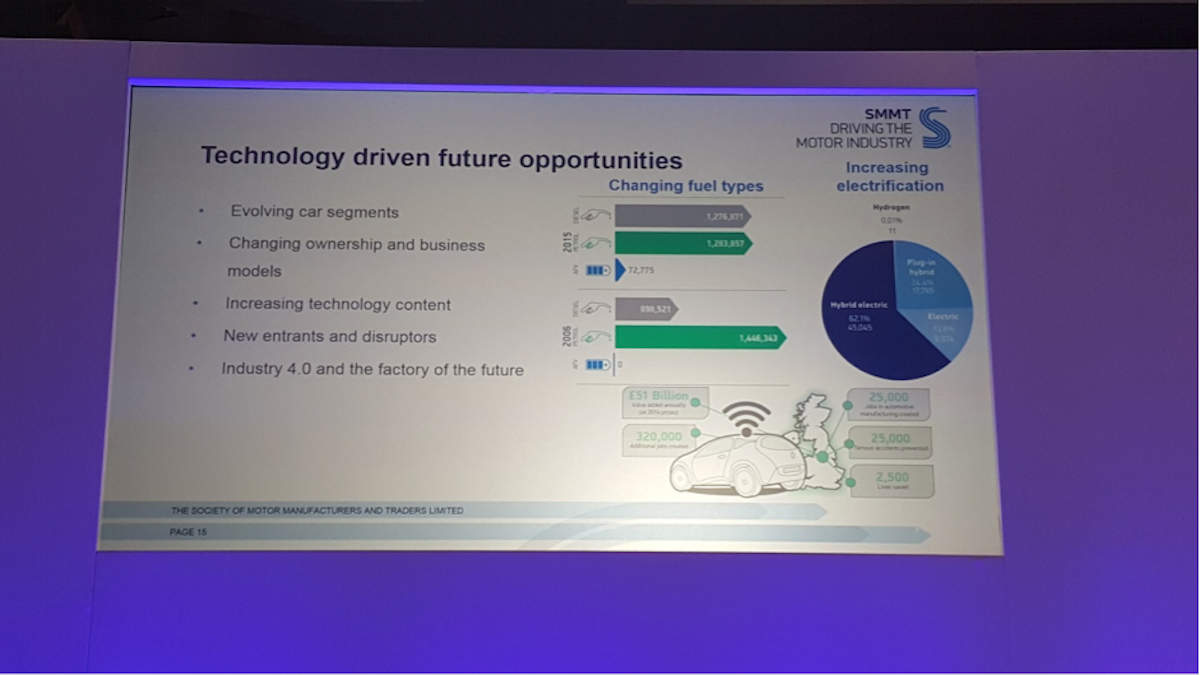 Obviously these events are very PR driven but it was a shame to hear so little of electrics. Tesla S outsold all premium models in the USA last year and took the all time record for new model orders in two weeks this year with the Tesla 3. Tesla only sells pure electric cars in contrast to the UK situation in the slide here that was presented at this event. The urgency for rapid change is stark, starting with meeting the large demand for plug in hybrids and reflecting the reduced interest in hybrids that do not plug in.
The UK Automotive Council was presented next. It gives government support through the Advanced Propulsion Centre which, despite its name is not primarily focussed on electric drivetrains. Nonetheless the Automotive Council strongly supports innovation and produces excellent roadmaps fully reflecting the importance of electric drivetrains. Wisely it is strongly backing the autonomous and connected car despite the SMMT earlier noting that the fully autonomous car is about ten years off. 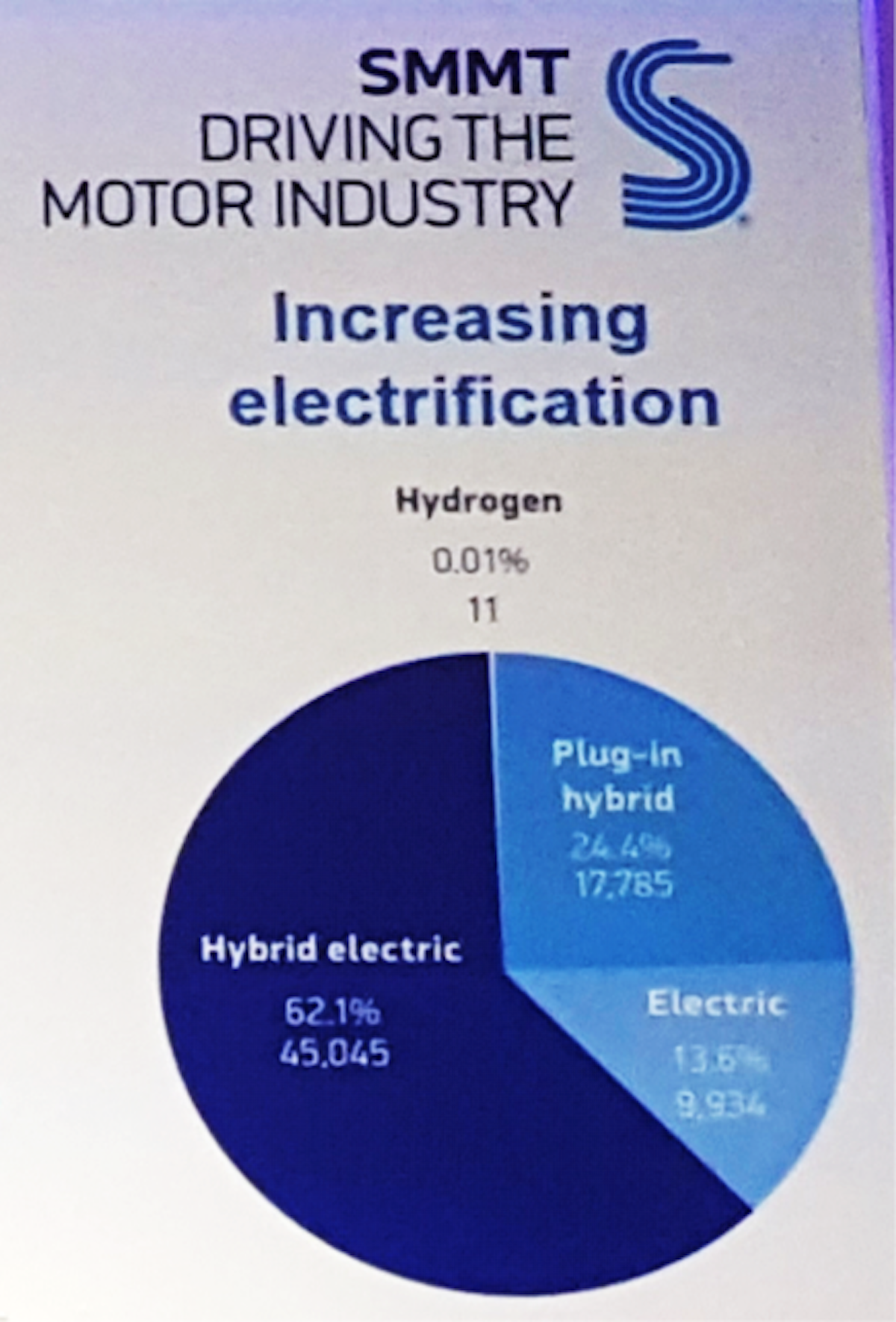 It was noted that UK content of its car manufacture has risen to 41% with some planned models approaching the 60% levels seen in Germany and France but what happens when the battery is the largest cost and power electronics (with SiC, GaN and multiple regeneration, multiple harvesting etc.) comes next? The UK is well-placed in part of this but, in our view, it needs to reposition rapidly. Certainly the quality and amount of innovation in the UK motor industry is awesome.
In the forum discussion next it was pleasing to hear Nissan pushing electrification even through to second life of batteries and acknowledging the unprecedented need for change. GM expressed a desire for more second and third tier suppliers in the UK. BorgWarner Turbo Systems sought derisking by collaboration between suppliers and most of the rest of the discussion was around supplier issues.
At close, we therefore asked the question, "Did you predict the success of the Tesla3 and will it change what you buy in future". The answers only addressed what they would do which is no change because they are already electrifying. They said the Tesla3 will be sold at a huge loss and Tesla has never made a profit and US Government support for the company is opaque but what Tesla does is good for the industry and Elon Musk is a supreme marketeer. Nissan noted that 97% of Leaf parts are conventional so suppliers have little to fear and it is investing in battery production.