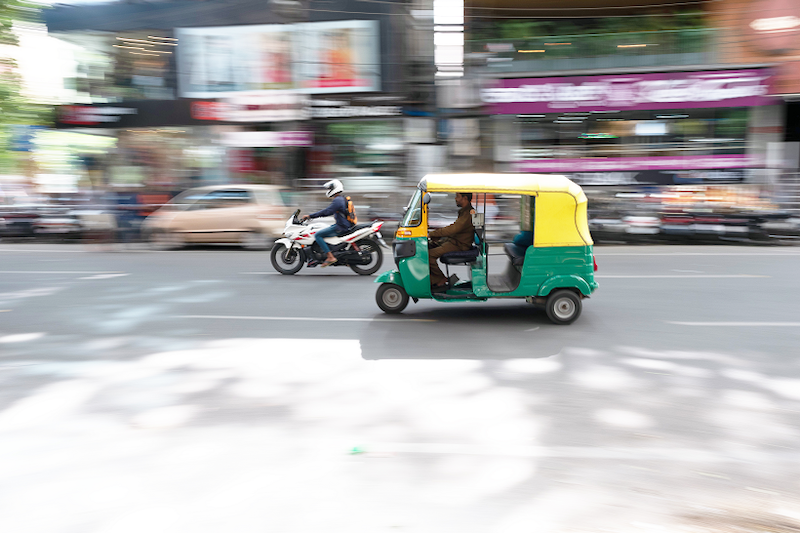 IDTechEx have released a brand new report - "Electric Vehicles in India 2021-2041".
This IDTechEx report provides a comprehensive market analysis of electric two-wheelers, electric three-wheelers, electric cars & electric buses in India.
"India's electric vehicle markets will be worth $35 billion in 2041" - IDTechEx
Despite ranking as the fifth largest auto market in the world (behind the US, China, EU + UK + EFTA & Japan), India's massive population of 1.3 billion people means it actually has one of the lowest cars in-use per capita. In contrast, over the past decade India has overtaken China to become the world's largest motorcycle market, selling roughly 17 million in fiscal year 2020 in a global market of 57 million. When we hear ambitious electrification targets from countries like India, it not the electrification of cars, but that of more affordable two-wheelers and micro-mobility which is the primary focus. 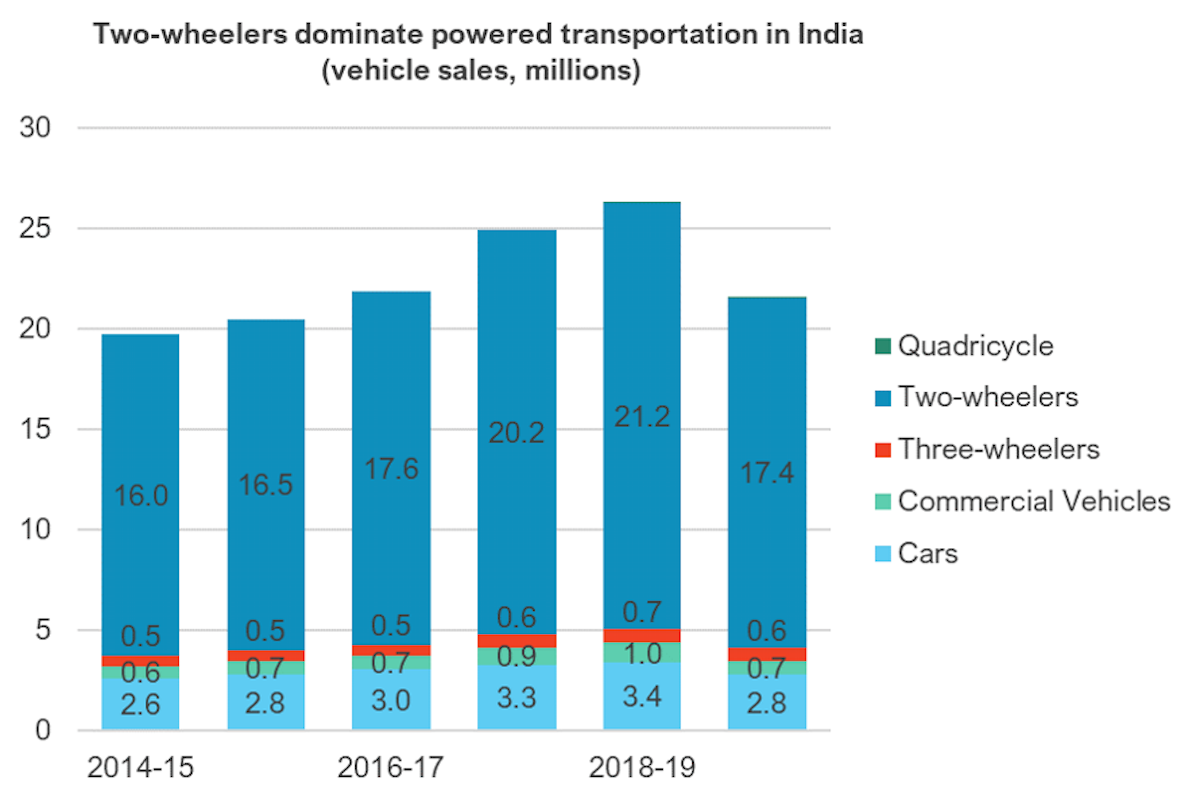 Source: Society of India Automobile Manufacturers
What's driving electrification in India? Fundamentally, India is highly dependent on oil imports and has seven of the world's top ten most polluted cities. Roughly 70% of pollution comes from vehicle emissions, and 81% of vehicle sales were two-wheelers in FY20. Energy independence and emissions reduction are therefore key underlying drivers for electrification. Since 2015, policy implemented to tackle these issues has been critical for uptake. In April 2019, the second phase of the national electric vehicle purchase subsidy began (FAME-II), providing a pot of 100 billion rupees in a temporal policy lasting three years; of this, 86 billion rupees is available to drive uptake of an estimated 1.6 million electric vehicles, including 1.5 million electric two and three-wheelers. However, new requirements mean that lead-acid batteries and low-speed Li-ion electric two-wheelers (< 25kmph) have not qualified for FAME since October 1, 2018, causing disruption to market leaders that predominantly focussed on the low-speed markets, which are less price sensitive.
Three-wheelers are a small part of India's overall auto market, constituting less than 3% of vehicle sales. The market is predominantly made up of commercial vehicles known as auto rickshaws, serving as a cheaper alternative to a taxi car and holding more cargo and passenger space than a two-wheeler. Auto-rickshaws are used within cities for short distances, and not well suited for inter-city travel because they are slow and have open carriages. This also makes them a good candidate for electrification. Huge sales numbers for electric three-wheelers have been reported to IDTechEx, totalling over 2.5 million in FY20: this is over four times the size of our current estimate for the electric two-wheeler market. Unfortunately, this is undermined by data quality issues as the sector is disorganised and not well tracked; figures emerging for FY21 are much lower than previous estimates.
Bus sales in India are dominated by a small number of local companies: combined, Ashok Leyland and Tata Motors command over 80% of the market. Electric buses generate 27% more revenue and 82% more profits than diesel buses per day (Indian Institute of Science) and as much as 25 tonnes of CO2 emissions can be cut every year for every diesel bus replaced by an electric bus. India has conducted a number of small pilots in various cities with electric buses, but the market is still at a very nascent stage. Big commitments from governments in 2019, such as the 7000 buses mandated by the FAME-II purchase subsidy are a good start, but have not yet resulted in a significant increase in sales, with only 600 electric buses sold for FY20.
The report further looks at the core technologies enabling electrification in India. There is a general transition away from lead-acid batteries, which currently dominate for low cost but are highly toxic and not disposed of safely. With the transition to Li-ion comes challenges in countries like India because of the high temperatures of 45 degrees C in the summer, and the culture to leave vehicles parked out in the hot sun when charging or residing at home or work. Market leaders are working with battery suppliers to design chemistries to help solve this issue. The report also addresses electric traction motor technologies; here solutions vary dramatically from custom, innovative permanent magnet synchronous motors to off the shelf brushless DC solutions made and imported from China.
Summary of forecasts and data provided in the IDTechEx report "Electric Vehicles in India 2021-2041":
Power classes are < 4kW (electric scooters) and > 4kW (electric motorcycles).
To request sample pages or find out how to order this brand new report, please contact Research@IDTechEx.com.
To find out more about the electric vehicle market research portfolio from IDTechEx. please visit www.IDTechEx.com/Research/EV.
All IDTechEx report purchases include up to 30 minutes telephone time (to be used within 3 months of purchasing the report) with an expert analyst who will help you link key findings in the report to the business issues you're addressing.