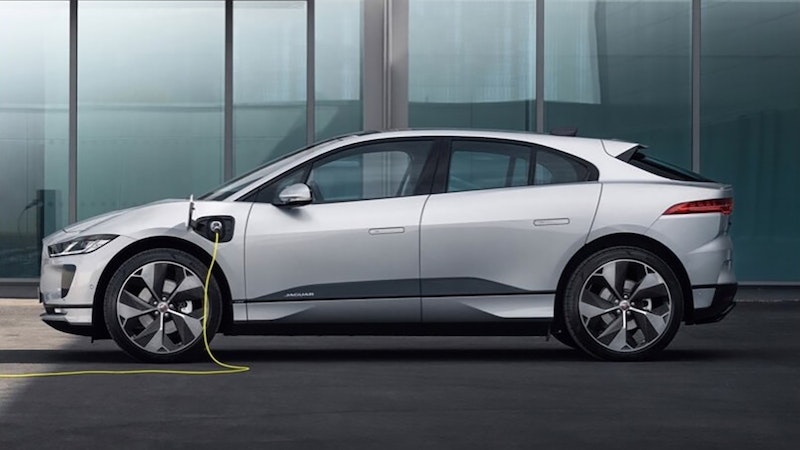 Jaguar are set to to become an all-electric brand by 2025 as part of a new global strategy 'Reimagine' announced by Jaguar Land Rover this week. The strategy, announced by CEO Thierry Bollore on Monday, will also see new pure-electric models from Land Rover by 2024 and all Jaguar and Land Rover nameplates to be available as pure-electric by 2030.
The aim for the two brands, part of the Tata Group, is to achieve net zero carbon emissions across their entire supply chain, products and operations by 2039. Bollore, who joined JLR in September, also states "As part of this ambition, we are also preparing for the expected adoption of clean fuel-cell power in line with a maturing of the hydrogen economy. Development is already underway with prototypes arriving on UK roads within the next 12 months as part of the long-term investment programme."
The company have dropped plans to replace the XJ, the brand's flagship full-size car, which will impact on their UK based Castle Bromwich facility, however they have pledged to keep all their plant and assembly facilities.
JLR plan to spend around £2.5bn on investments in electrification technologies and the development of connected services alongside data-centric technologies.
This move to create "two distinct modern luxury brands with sustainability at the centre" comes as car manufacturers around the world face pressure to reduce CO2 emissions, with stringent emissions targets in Europe and China. The UK plans to ban the sale of new petrol and diesel cars from 2030, with other governments pursuing similar routes. UK Prime Minister Boris Johnson called the news "A brilliant example of British engineering leading the industry to a cleaner future".
For a detailed assessment of the electric car market see the IDTechEx research report "Advanced Electric Cars 2020-2040". As part of their broader electric vehicle and energy storage research IDTechEx track the adoption of electric vehicles, battery trends, and demand across more than 100 different mobility sectors - see www.IDTechEx.com/Research/EV for more.
Source: Jaguar Land Rover; Reuters.
Image source: Jaguar Land Rover - Jaguar I Pace