Oman is going make electric cars, according to a company executive in the oil rich - and sun rich - state.
The Times of Oman reports that Sultan bin Hamad al-Amri, chief executive officer of Noor Majan, says this performance car will be designed to go from zero to 60 mph in about 4 seconds, have a range of 2,250 miles on a single electrical charge and go for 21 years without any maintenance. It sounds as if solar power will be used for more than air conditioning then. The price tag will be between $70,000 and $91,000, he said.
"The parts of the car, including the 800-horsepower engine, are manufactured in Japan, America, Germany and Hong Kong," he said adding that the car will have a solar-powered air conditioner and be fitted with massage chairs. His company plans to produce about 120 cars a year in a plant it proposes to open in Barka, Oman.
Al-Amri said the idea for the car occurred to him in 2008 during a trip to London where he saw the Indian-manufactured electric car called the Reva.
"I felt we could manufacture the car with altered specifications, design and style," al-Amri said. He said he recruited engineers and spent a year doing a feasibility study before approaching the Oman government for permission to go ahead.
"We have already got preliminary approvals from the Ministry of Trade and Industry and the Ministry of Environment and Climate Affairs," he said, adding they will be tested in Florida to qualify for an international quality certificate.
Although the concept will doubtless be received with skepticism, IDTechEx believes there is the basis of an exciting vehicle here. True, there are no rechargeable traction batteries guaranteed for 20 years and they may not appear within the coming decade but amorphous silicon and copper indium gallium diselenide CIGS photovoltaics can be rolled up and last twenty years. It may be possible to use them with existing 20 year supercapacitors if large area could be created. For example, in very hot countries such as Oman, the flexible photovoltaics could be over all of the outside of the car and raised in the form of flags. When the car is parked, the photovoltaics could open like butterfly wings. The new printed electronics and electrics could make the vehicle very lightweight for high performance and there may be scope for thermoelectric harvesting in the extreme heat as well as electrodynamic harvesting from shock absorbers. 20 year life is no problem with these.
Meanwhile, Tesla in the USA is no longer alone in manufacture of performance electric cars. All the designer brands - Porsche, Ferrari, Lamborgini and so on, are working on them. Kleenspeed in the USA is developing a 200mph Formula One racer and, in the UK, startup Lightning Car Company Ltd has produced its first pure electric, second generation performance car that will be the subject of a presentation at the IDTechEx event in San Jose in December: Future of Electric Vehicles which uniquely covers the whole electric vehicle market - land, sea, air whether hybrid or pure EV - with emphasis on future breakthroughs.
Lightning car 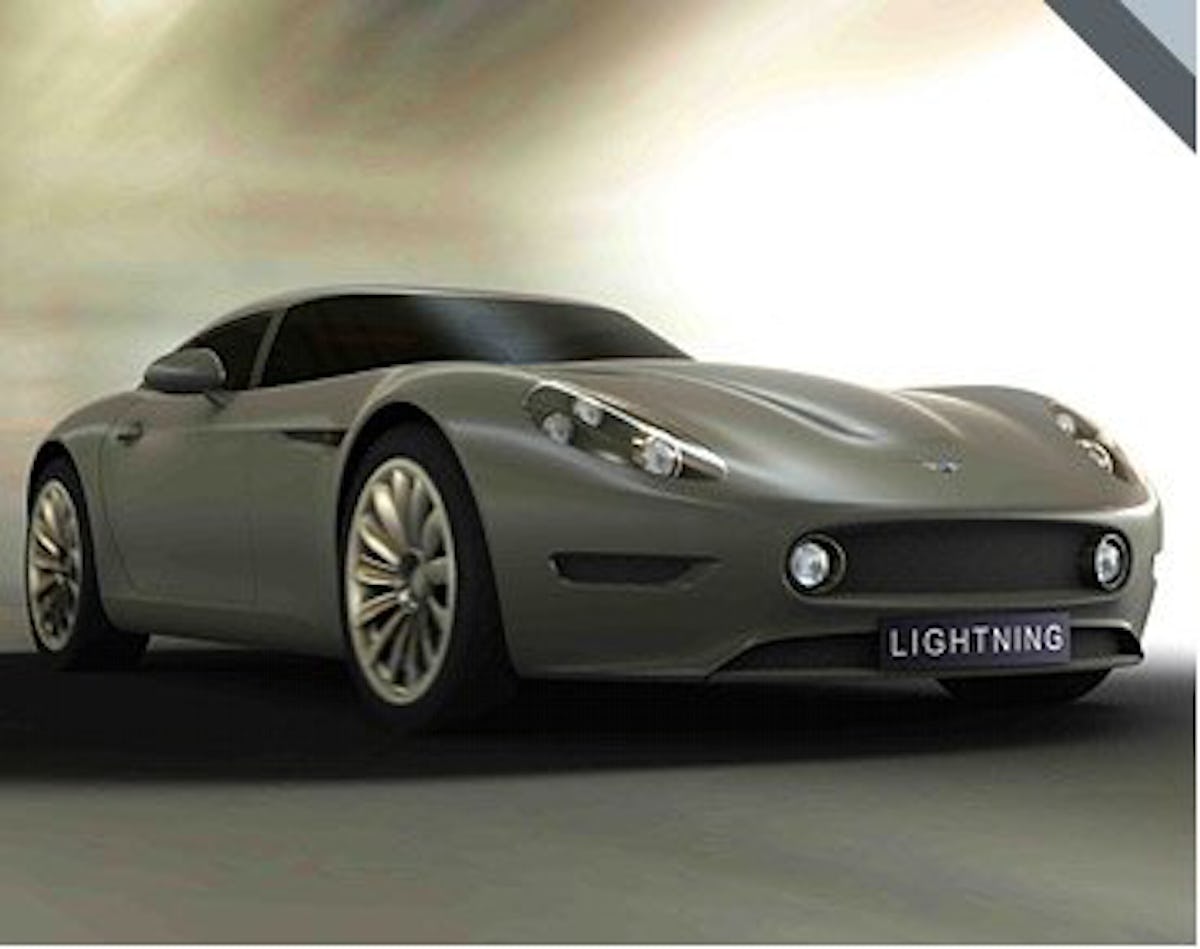