In 2008, GE and the C-MAR Group partnered to develop new hybrid technology for tugboats. Tests have raised expectations that turning hybrid would cut a tug's particulate and nitrogen-oxide emissions as much as 44 percent. 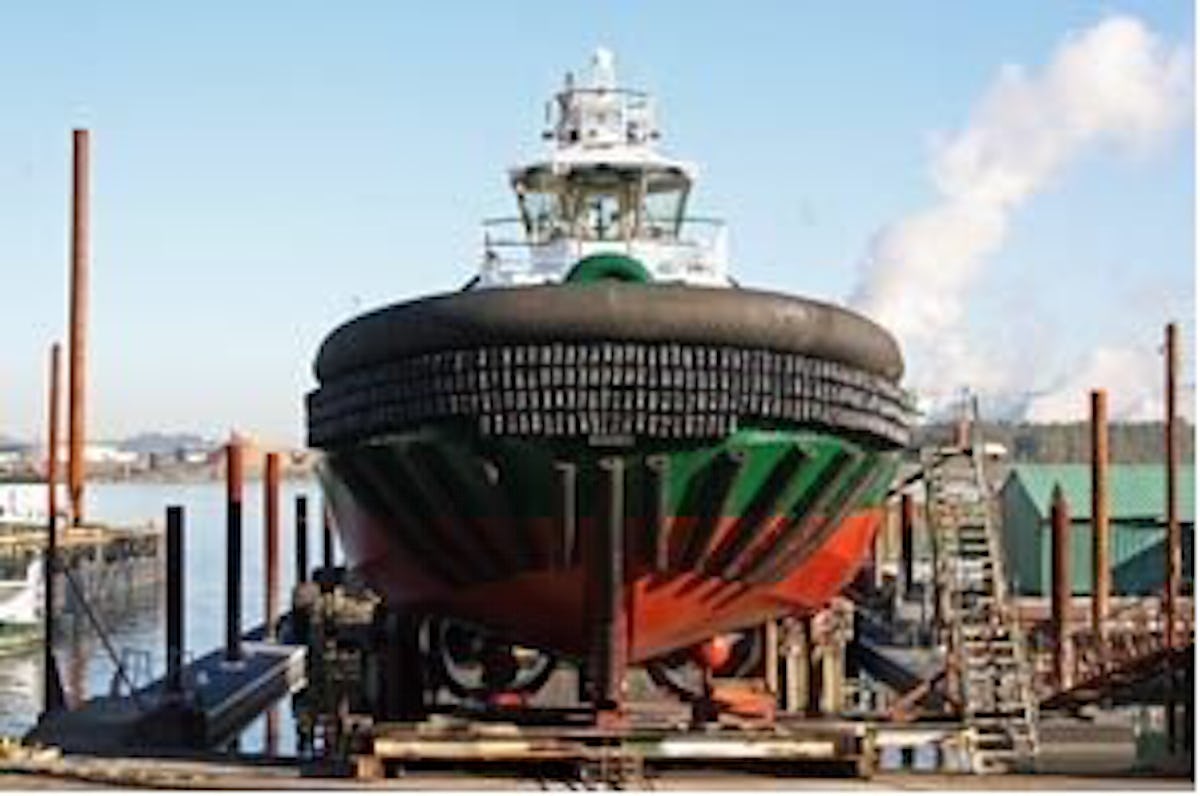 A diesel-electric hybrid tugboat was made for the ports of Los Angeles and Long Beach, by Seattle-based Foss Maritime at its shipyard in Rainier, Oregon and delivered in 2009. About $1.35 million in development costs for the Foss hybrid tug came from the two ports and the South Coast Air Quality Management District.
Engine room of the hybrid tugboat 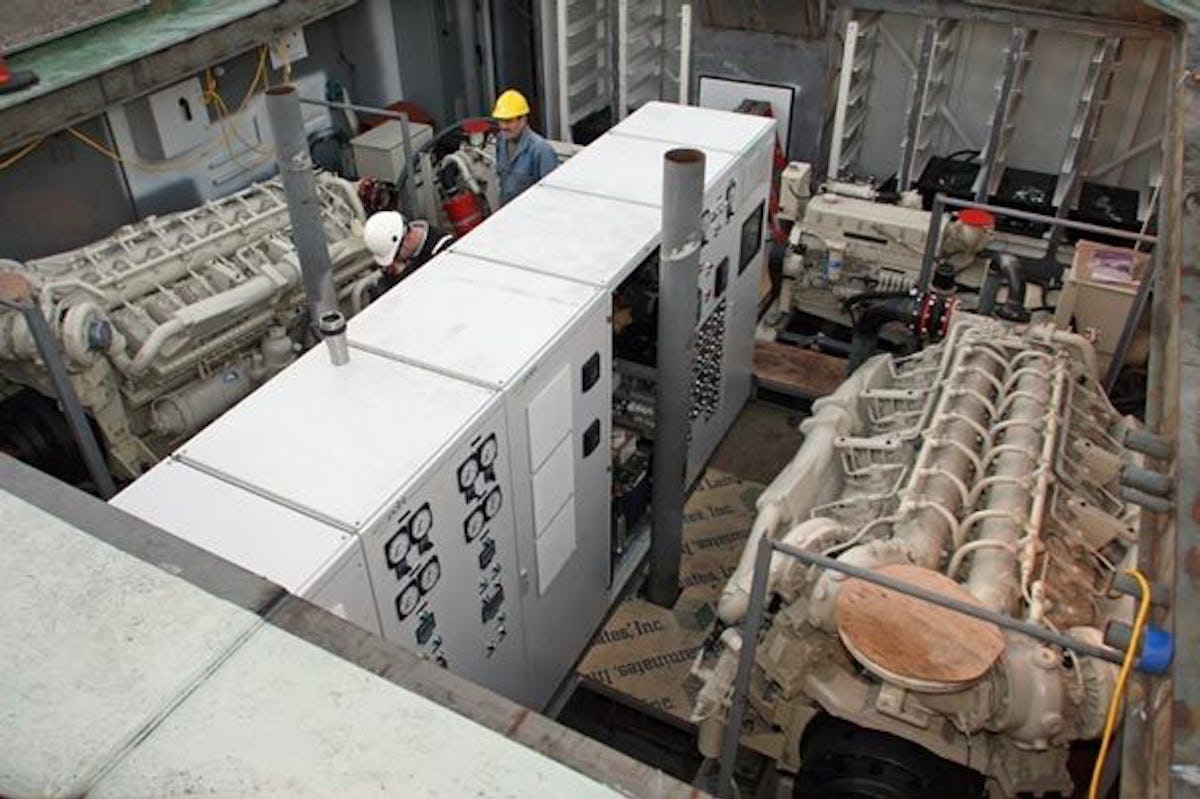 Source: C-MAR
It consumes less diesel and generates less pollution by using batteries for all the vessel's low-power needs
GE will provide a packaged hybrid propulsion system featured in its V228 or V250 medium-speed diesel engines, a generator and a new generation of batteries. GE's V228 or V250 medium-speed diesel engines range in power from 1,400 hp (1,004 kW) to 5,685 hp (4,239 kW). The C-MAR Group provided architectural design, power and control systems, propulsors and project management.
"The concept of a hybrid tug really gets to the heart of our technology advancement program, where both ports have set aside a funding pool for the development of clean-technology applications in a maritime environment," said Geraldine Knatz, executive director of the Port of Los Angeles. "So it's very exciting for us to see this concept that Foss brought to us come to fruition."
The solution came from the oil industry. Canada's Aspin Kemp & Associates had expertise with "ultra-deep-water" drilling rigs that are held in position with "dynamic positioning thrusters" instead of anchors. The thrusters have to power up quickly to keep the rig in place. Aspin Kemp designed a way to run the diesel engine and the electrical motor generator through the same drive shaft, enabling Foss to switch to smaller batteries and smaller diesel engines.
"It drives like a normal tug," McKenna said. The system's design would enable most existing tugboats to switch to the diesel-battery setup through a retrofit. Foss is hoping that will be a key selling point.
"Moving the ports' tugboat fleet toward hybrid technology is a benefit to both local residents and companies who do business at the ports," said Jessica Lass, a spokeswoman for the Natural Resources Defense Council. "It shows it's entirely possible to move the ports toward greener, hybrid technology that cuts down on toxic greenhouse emissions and diesel fuel that fouls our local waterways and bodies."

An electric tugboat featured at the International Tug and Salvage Conference (ITS 2010) in Vancouver this year. The new Bratt tugboats are equipped with the latest Dow Kokam lithium-ion battery technology from Corvus Energy which assembles these cells into large format traction battery packs.
These Nickel Manganese Cobalt (NMC) Lithium batteries are claimed to be ahead of standard lithium iron phosphate batteries in offering about 22% more power. Energy density is 163 watt-hours per kilogram compared to lithium iron phosphate at 129 watt-hours per kilogram. Self discharge is only 0.001% per month. 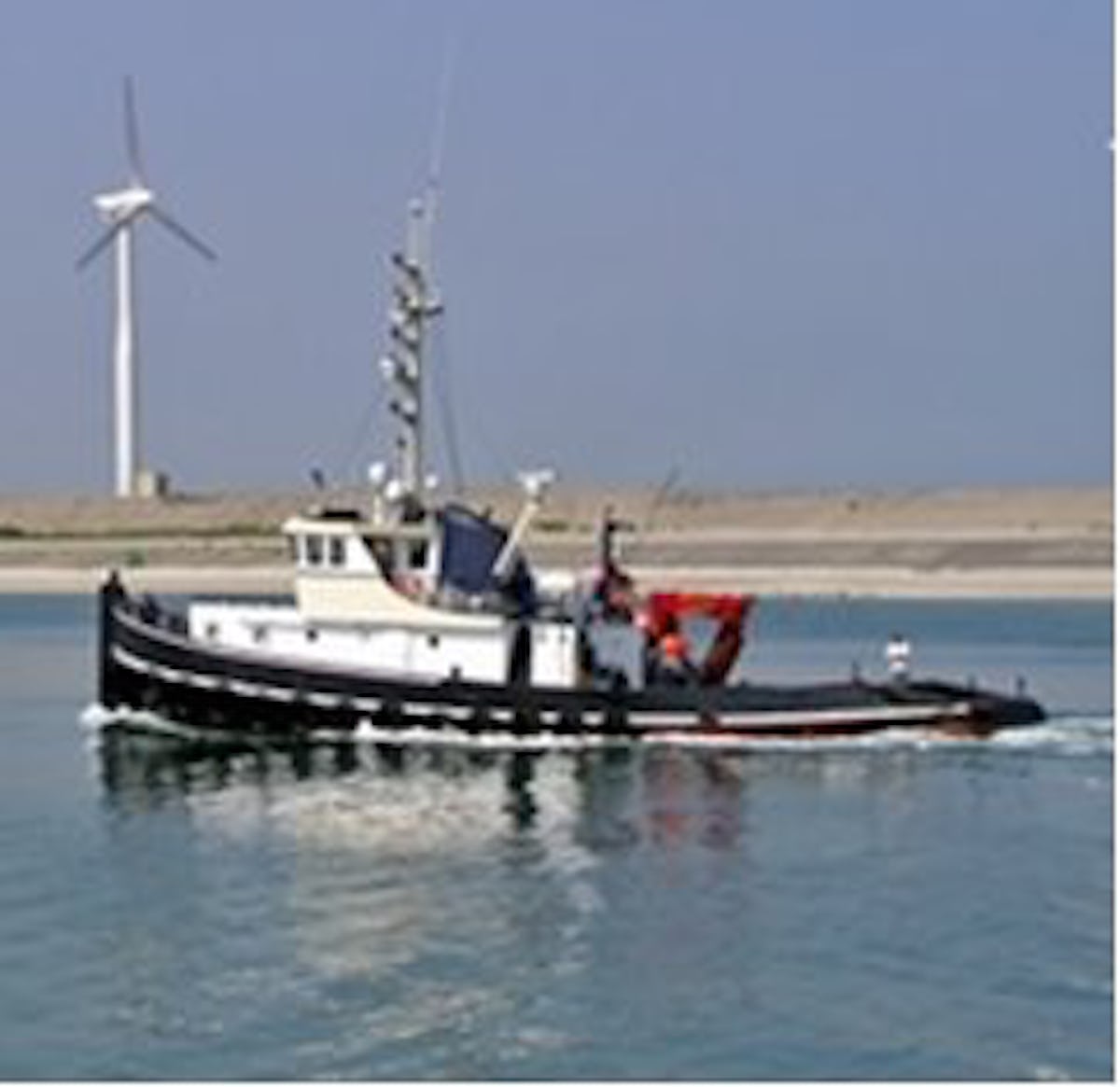 Source: Corvus Energy
The boat design was the start of a new line of tugboats that will ship in 2011 thanks to Corvus Energy and Robert Allan Ltd. Naval Architects, both of Vancouver and Adrenaline Marine Ltd of Delta British Columbia.
Both a hybrid diesel-electric tugboat and an all-electric tugboat will be delivered to Western Maritime Institute. It will use the first one to train future tug boat captains. Corvus already supplies lithium traction batteries for underwater vehicles. Hawkes Ocean Technologies and others have long used lithium batteries to power their Deepflight vessels for example.
Future electric tugboats are aiming at pulling full megaton cargo ships. According to Corvus, there are approximately 2,000 coastal workboats in the world that are more than 40 years old. And of those it estimates that about 450 will be replaced in the next five years and the remaining will be replaced over the next 10 years.
One of the main reasons that tug boat companies are expected to switch from diesel to electric is that that the switch will save about 70 percent on fuel costs, which is expected to translate to a two year return on investment. Another reason is a 60% reduction on emissions over diesel, which is something that tugboats will need to meet future emission regulations, say the Canadians.
The idea is catching on. For example, Axeon lithium traction battery packs are being incorporated into a pure electric tugboat in the UK that will have exceptional pulling power as well as environmental credentials.
The new IDTechEx report Electric Vehicles 2010-2020 has a chapter on marine electric vehicles of all sorts.
For more attend: Future of Electric Vehicles which uniquely covers the whole electric vehicle market - land, sea, air whether hybrid or pure EV - with emphasis on future breakthroughs.