Mr Sohinder Gill, director, Society of Manufacturers of Electric Vehicles in India has recently declared that, powered by an incentive package for electric vehicles announced by the Ministry of New and Renewable energy in November 2010, average monthly sales of electric two-wheelers in India has risen 20%. The incentive was Rs 95-crore, under which the Indian government provides incentives of up to 20% on ex-factory prices of electric vehicles sold in India during the remaining part of the 11th Plan which ends in March 2012. There is a cap of Rs 4,000 for low-speed two-wheelers and Rs 5,000 for high-speed versions. The price of an electric bike currently varies between Rs 25,000 and Rs 40,000, depending on the maximum speed. Tata Motors, including Tata Motors Europe, is the largest automotive company in India.
"This incentive is not available for the unorganised sector. So, when their sales come down, that obviously comes to us. And, when the prices come down, that increases the volume. Both these things are happening," says Gill, who is also CEO of electric two-wheeler manufacturer, Hero Electric. The organised sector includes his company, Avon Cycles, BSA Motors and Lohia Auto in India.
For 2010-11, the government has been supporting sales of 20,000 units and 10,000 units of low-speed and high-speed two-wheelers, respectively, while it will be 80,000 units and 20,000 units in 2011-12.
"In this fiscal year-end, we will not touch even that figure. But whatever is left in this year, will be carried forward to 2011-12," he said. 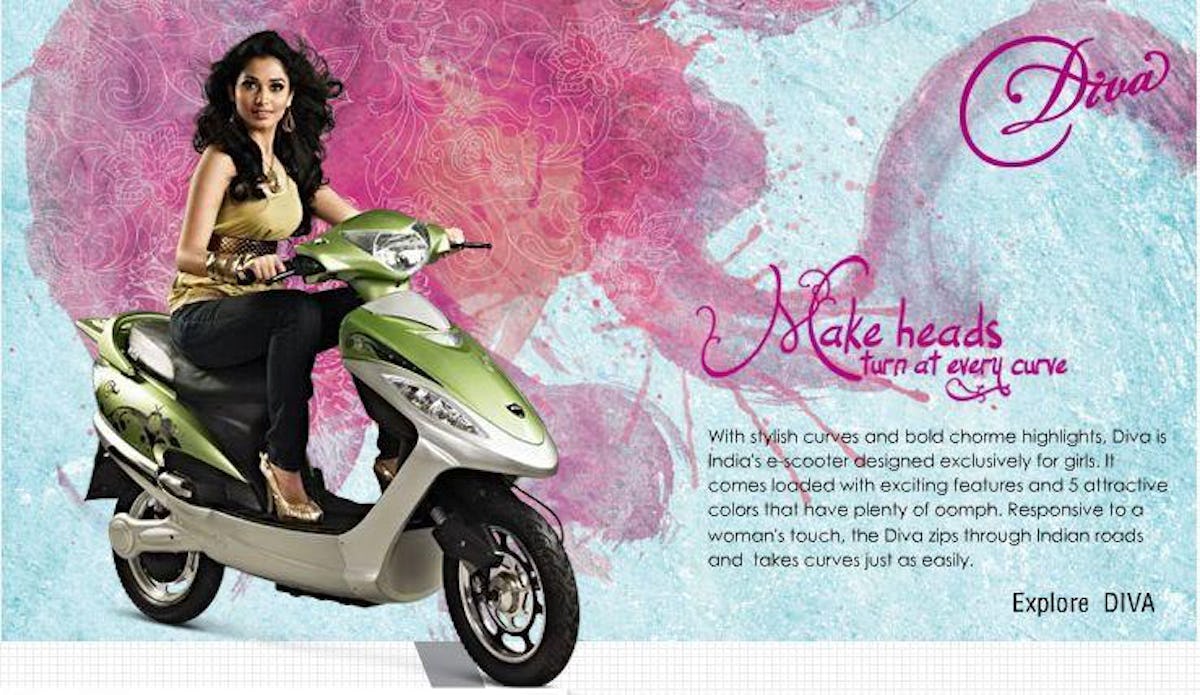 Source Source BSA motors
Apart from the subsidy, Sohinder Gill said the proposed budget incentives such as full exemption from basic customs duty and a concessional rate of central excise duty of 4% on batteries imported by manufacturers will further assist the sector in doubling sales by the end of 2011.
"This will bring down the battery replacement cost, which is like reduction in fuel cost for an electric vehicle. A person using an e-bike can now save around Rs 12,000 a year," he said. 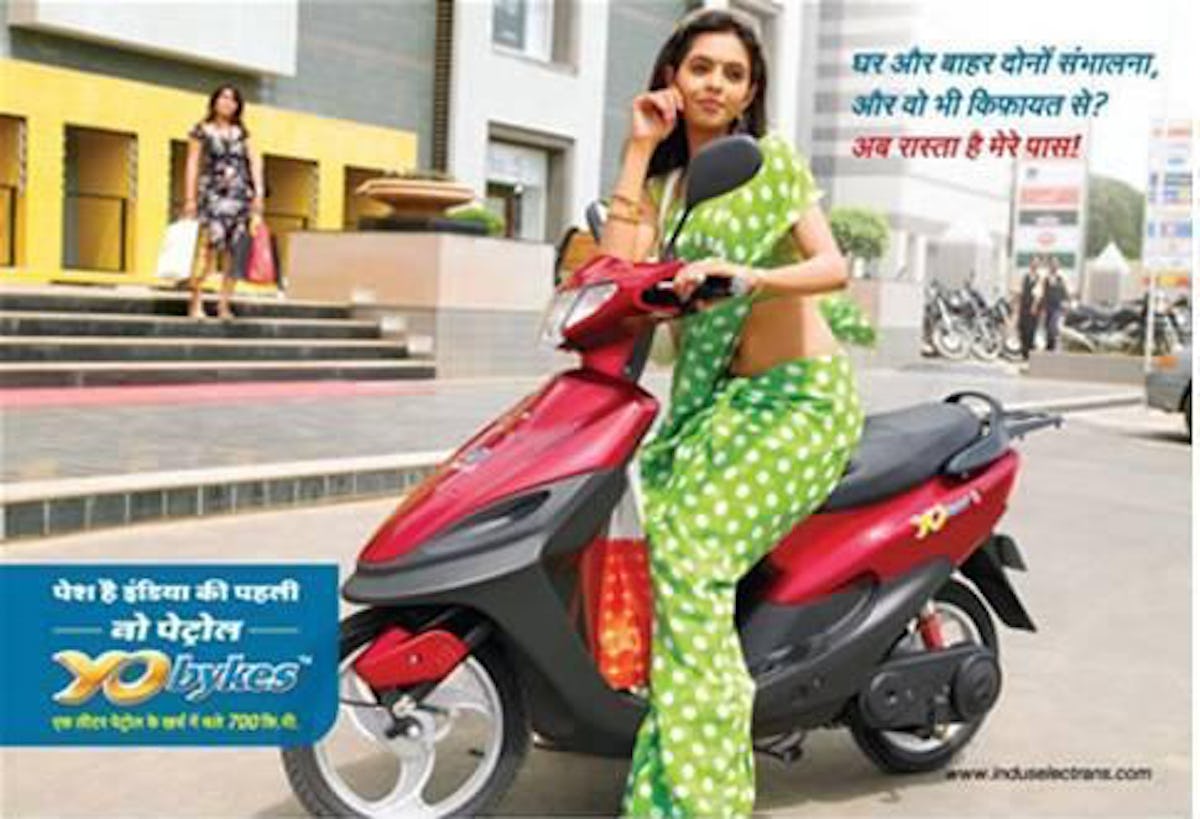 Source Indus
The Indian electric two-wheeler market had sales of only 85,000 units in 2010, of which 65,000 units were sold by the organised sector. IDTechEx estimates that just over 25 million two wheel electric vehicles are being sold worldwide in 2011, so the Indian market is still an insignificant part of this, the faltering demand in China being responsible for almost all of this. 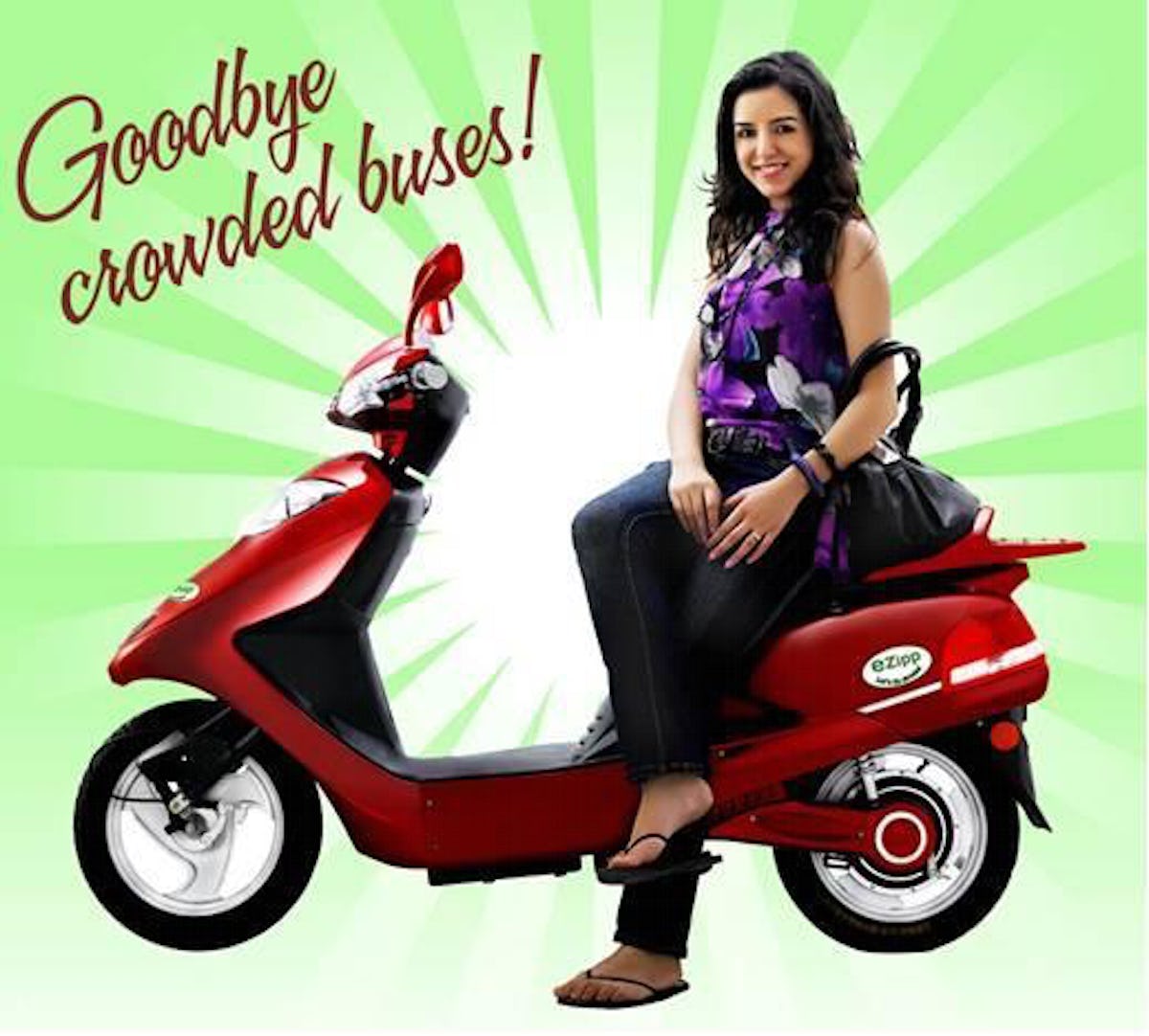 Source Brandspecs Entertainment Media
However, India is rapidly progressing from largely assembling Chinese knock down kits to exporting quality electric bikes, often in the form that is referred to in the West as a scooter. For example, eZipp, claimed to be "India's only economical electric bike" was launched on the 8th of October 2010. by BrandSpecs Entertainment Media Pvt. Ltd along with Mr. Dhaval Chandan, Chairman and MD, VRLA Manufacturing Company, (A group Company of RMP Infotech) and Mr. Aniruddh Basu, Chairman and MD, BrandSpecs Entertainment Media. Pvt. Ltd, at a city hotel in Pune.
The launch was followed by a "Go Green" rally where physically challenged students from V.R Ruia Mookh Badhir Vidhyalaya along with around 300 Punekars, participated in spreading the message of saving mother earth and shouted slogans like - "Go green, save mother EARTH".
The eZipp electric bike weighs only 70 kg, has an excellent new style and will be available in the market in trendy colors. The bike has a long lasting and durable Exide battery, is eco-friendly and is environmentally safe to drive in India. The bike needs no license, no registration and is certified by ARAI. The key factor is that the running cost of eZipp is 20 paisa per kilometer, making it a common man's vehicle. The bike will be India's only economical bike which will cost close to Rs. 22,000/-.
Mr. Aniruddh Basu, Chairman & MD, BrandSpecs Entertainment Media Pvt. Ltd said at the time,
"This was an extremely exciting project for BrandSpecs to work on. The major challenge for us was identifying the right name for the bike that would differentiate it from other fuel bikes and at the same time, be understood by the common man.
BrandSpecs undertook this project as a turnkey project, starting with creating the right name, to market research and branding strategy, identifying the perfect locations for eZipp shoppe's, to finally launching eZipp in Maharashtra.
We at BrandSpecs were extremely keen to work with the VRLA team so as to deliver eZipp to the common man."
Mr. Dhaval Chandan, Chairman and MD, VRLA Manufacturing Company added,
"The market for electric bikes is growing rapidly. We identified three key challenges that stood before launching this bike, eco- friendly, ease of use and economic pricing of the bike in the hands of consumers. eZipp answers all these issues. We hope that we will receive expressions of interest from around the world for our unique product."
The giant automotive companies with electric vehilce interests take a global view. For example, GM has its Adam Opel and other subsidiaries across the world. Now smaller automotive companies such as Tara International, Tesla Motors, Peraves, Bluebird Automotive, eCRP and Alke' are also expanding globally with electric vehicles. A similar thing is happening with aerospace companies involved in electric aircraft such as EADS and boat companies, even small ones such as Kopf Solarschiff.
For more attend Electric Vehicles - Land Sea Air Europe 2011
which has now been renamed from Future of Electric Vehicles to reflect its unique covering of the whole subject.
Also read Electric Vehicles 2011 - 2021 .