Like the largest electric vehicle event in the USA, eCarTec in Munich this week was sharply down on last year. With the German car industry still investing heavily to catch up in hybrid and pure electric vehicles, there was almost nothing yet to show for their efforts. For a good selection of new hybrid and pure electric buses, one had to go to the recent IAA event in Hannover, not here, though the ground-breaking MAN refuse truck that is exceptionally quiet was at both events. Phoenix International, a John Deere Company that made its power inverter was exhibiting very impressive capability but it would have been nice to see the new John Deere hybrid agricultural vehicles or even the new Caterpillar hybrid electric mining vehicles.
Instead of 2.5 halls stuffed with exhibitors that we saw last year, this year saw only two halls available and they were scattered with many large carpeted areas with nothing in them and side stand areas blocked off. Sadly, most of the state-of-the-art devices were gone this year.
We found none of last year's electric boats, powerful electric outboard motors or energy harvesting flywheels and the small military unmanned vehicle was not there though the Bundeswehr still had the larger one. The Siemens two storey palace of last year was replaced by a car on a carpet. Large areas displayed failed electric vehicles from the past decade and conversions so it was as if the industry is becalmed when it is roaring ahead with a plethora of new product announcements.
There is a whole world out there of new electric aircraft, new hybrid outdoor forklifts, military land, sea and air electric vehicles but you would not know it. Indeed, the Europeans are ahead of the rest of the world in electric aircraft in many respects, having flown the first electric helicopter and the most advanced hybrid manned aircraft recently and, here in Germany, Lange Aviation and PC Aero are breaking records and other small companies are breaking new ground in batteries and many other things. Instead we had some electric wheelbarrows and go-karts but the event was mainly concerned with on-road electric vehicles and their older parts.
Where are the SiC power semiconductors, the supercapacitors, the supercabatteries, the flexible solar cells (rather than just bendable)? The list of latest EV technology is a very long one. Of course, the small companies - the innovators most of the time - rarely pay the eye-watering fees to exhibit in a German Messe and there lies the problem. The Messes tend to make no special effort to show the future and, in being so short term, they sow the seeds of their own destruction.
Despite that, there was much to see at this event, though you had to look harder to find it. Webasto had a partly transparent photovoltaic roof for the Land Rover Evoque that generates electricity to run the air conditioning for 15 minutes before you arrive. You will switch it on with your phone. It is not yet viable but it is an excellent glimpse of the future. There is the collaboration between German companies to standardise charging including inductive charging, initially for top-of-the-range models. All-terrain vehicles from Poland and Hungarian lightweight bodywork could be seen. The attached conferences also revealed some very interesting facts including use of dangerous materials and complete disagreement between the leaders concerning the optimal bus and truck electric/ hybrid powertrains. We shall report more in the days to come. The eCarTec awards involved several to French car companies, essentially for being more imaginative and comprehensive with their electric cars. 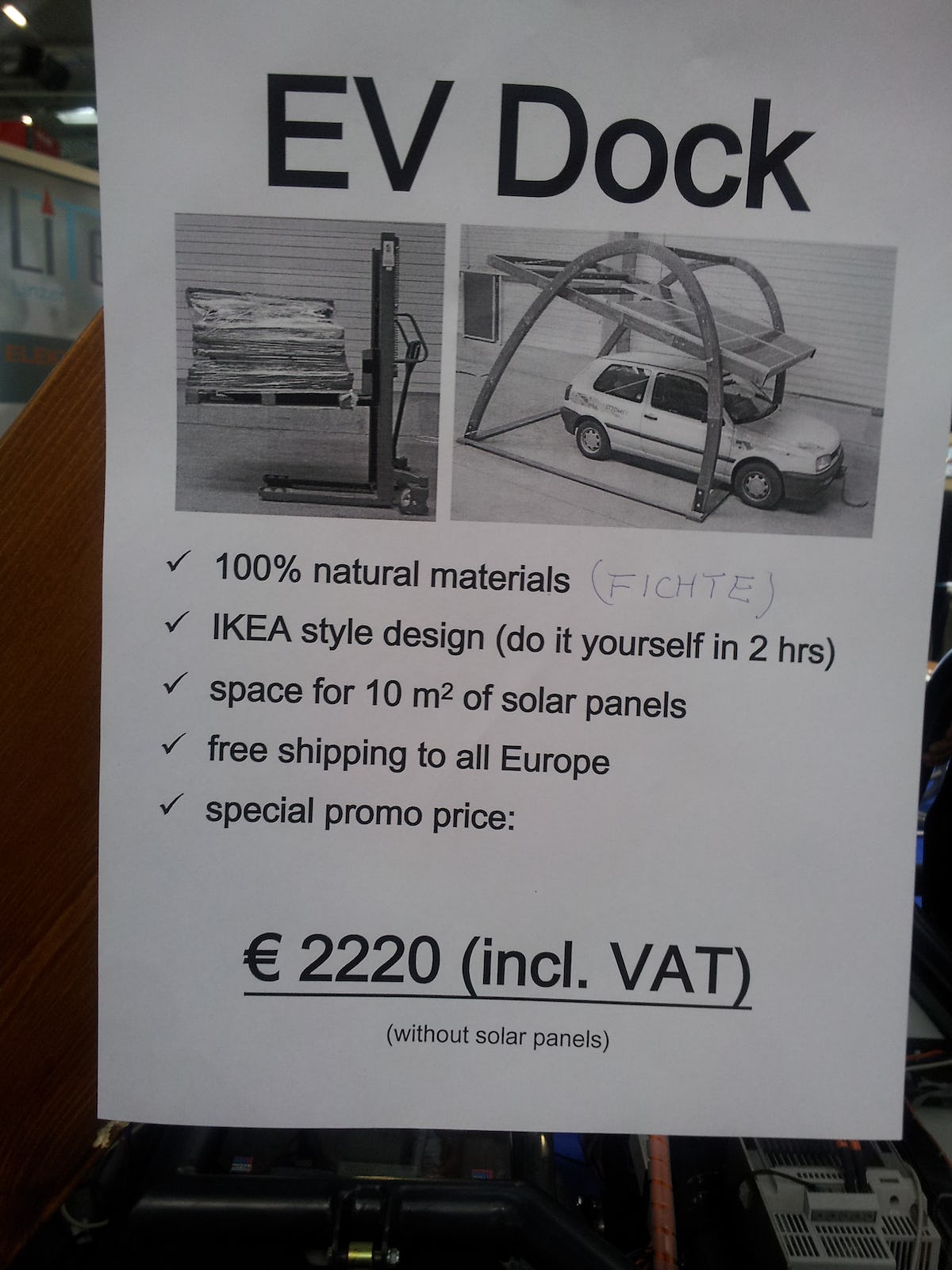 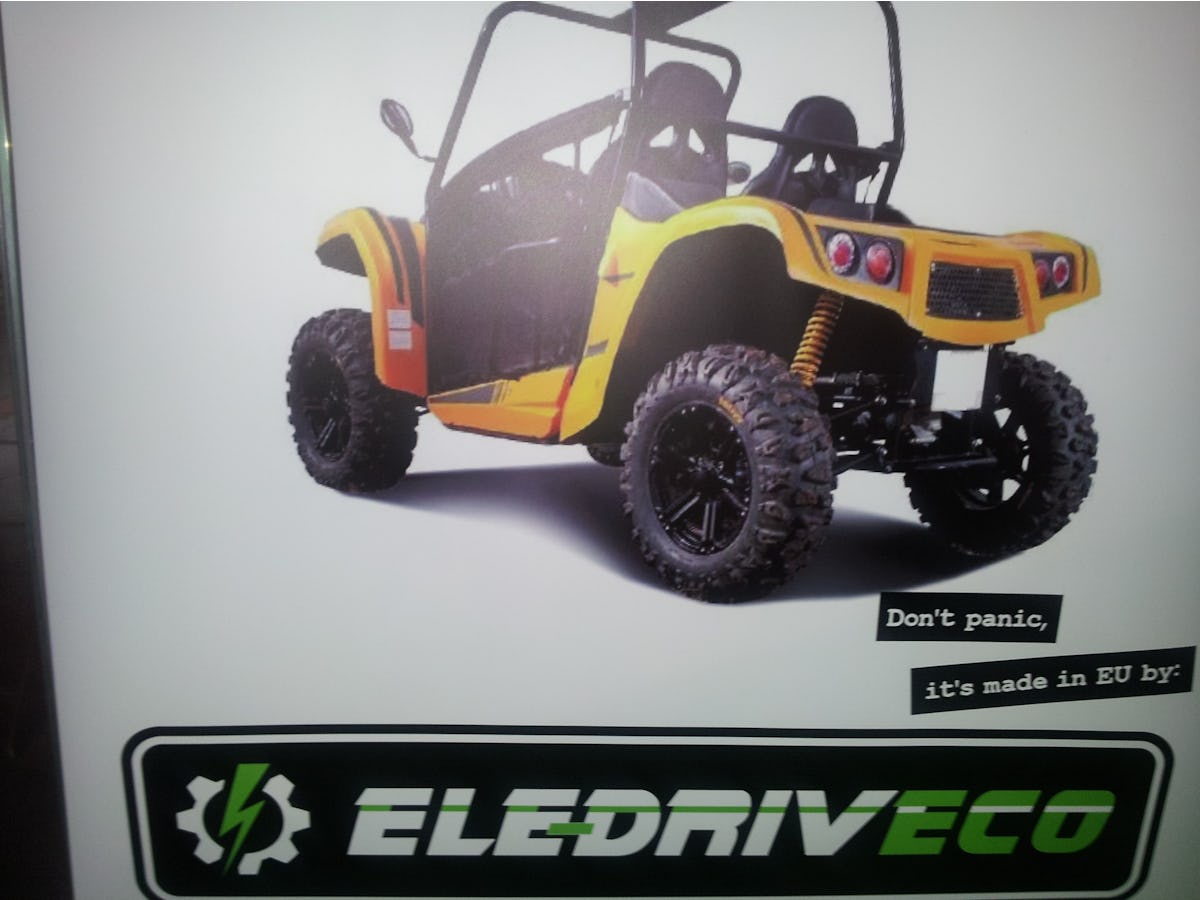 Fully agreed, this year was pretty empty, but I enjoyed full day on the show, manly thanks to very nice tesdrives.

I enjoyed eCarTec much more than last year. Last year it was still the world of small companies and inventors and had it had the charme of the 70ties and 80ties when electric cars were alternative and sometimes artistic prototypes (and made me remember the Simpsons driving an electric car in a theme park). This year was much more streamlined with lots of (near-)series products that have potential for economies of scale. Nice series cars (smart, Leaf, Zoe, Twizzy, e-up). And the test driving was big fun and shows that e-mobility is not at all limited to cars. More than a dozen charge spots for the combined charging system give hope that next year will be a good year for e-mobility. I will come back next year to test drive i3, e-up, the Focus electric and check for the performance of the fast charging spots.